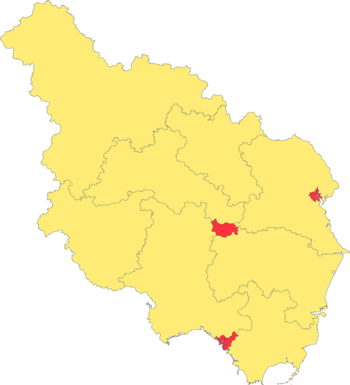 As a term, it often refers to the three universities collectively, to the similarities between the institutions such as their shared use of the collegiate model, and of their heightened status compared to other Estmerish univerisites. The term often carries connotations of elitism.

The three institutions are ancient universities, all having been founded over seven hundred years ago. In spite of this, the terms Molbridge and Molbridge triangle appear to be a recent invention. Molbridge is a portmanteau. It combines the names of the three instituions in the reverse order of their founding (Morwall, Tolbury, Damesbridge). The first recorded use of the term is in a 1922 political pamphlet by the Estmerish Section of the Workers' International, which called for the "end of the Molbridge elite class privledge". The term was then picked up by the universities themselves, and used to describe the three ancient universities collectively during the 1954 World's Fair. In 1997, the universities held the inaugural Molbridge conference, which made them a semi-official grouping.

The Molbridge universities tend to rank highly on Estmerish university league tables, with the triangle universities regularly topping the tables. It is rare for any of the three universities to be included on a rankings list or league table outside of the top five. Damesbridge and Tolbury usually take the top two spots, while Morwall usually places third or fourth.