Nafas Kešidan (Breathe; named Respier for the international release) is a 2020 Zorasani Pasdani-language military action film, based on the bestseller novel of the same name by Abdollah Shariatmadari. It is directed by Ashavazdar Montazeri, written by Hassan Shaheddeh, produced by Ehsan Zahedani. The film stars Ali Shariatmadari, Ashavazdar Samiri, Hussein Said and Abdolreza Ali. The plot is a dramatised account of the ill-fated raid by the 18th Tactical Squad in 2001, to capture the most-wanted Kexri guerilla leader, Mohsen Kara who is hiding in the Sharezan Forest. The film predominately follows Major Ezattolah Afshar of the Takavaran Corps, who plays a leading role in the events.

Upon first learning of the book in 2017, Montazeri arranged several meetings with Shariatmadari to discuss adapting his book to film. Montazeri had already become an established director of military action films and was well-regarded by many Zorasani veterans and authors, for his care and focus on realism. Last Brigade Cinematography acquired the film rights in March 2018, after bidding against other major studios. In re-enacting events, Montazeri drew much of his screenplay from Shariatmadari's eyewitness accounts in the book, as well as autopsy and incident reports related to the mission. Principal photography began in July 2019 and concluded in August, after 42 days. Filming took place on location in Khazestan, using digital cinematography. Shariatmadari and several other Takavaran veterans acted as technical advisors, while multiple branches of the Zorasani Irfanic Revolutionary Army aided the production. Two companies, Quantumn Mechanics and Imagination Engine, created the visual effects. Morteza Mansouri, composed the film's score, utilising insturments and music styles native to the Sharezan Forest and Zorasan in general.

The film was released on 10 January 2020 and grossed ₮1.328 billion toman (€137 million) domestically and worldwide. It has received generally positive reviews from critics and ranks among the highest-grossing Zorasani films.The film has been a recipient of various accolades.

The film begins with the real-life archive footage of the execution of Colonel Mehran Ali Keshavarz by the YFN, which was sent to Zorasani broadcasters on May 10 2001. The footage ends with Mohsen Kara, the leader of the YFN warning the Zorasani government, that more officers and soldiers will be hunted and killed. The footage is being watched on a news broadcast by Major Ezattolah Afshar, his young pregnant wife Taraneh. Afshar is forced to explain the footage to his five-year old son, Mahmoud was watching from behind the sofa. At dinner, the family are interrupted by a phone call, ordering Afshar to return to base and ready himself for a "mission of vengence." Afshar bids farewell to his son and his wife, who pleads him to be careful. Afshar arrives at the military base near Ad-Dayd, where he is instructed by Brigadier General Ardeshir Anvari to lead his squad of the elite Takavaran Corps into the Sharezan Forest, where Kara has been located. Afshar debriefs his squad on their mission and reminds them that they are now charged with avenging the martyred Kheshavarz, the eight-man squad accepts the mission. The next morning, the 18th Tactical Squad is airlifted by helicopter to a clearing deep within the Sharezan Forest. Immediately, communications specialist Abdollah Shariatmadari reports the mountains of the region are causing interference and it will be a struggle to maintain constant contact with headquarters. The squad proceeds to trek through the highlands and down into the thick forest. As the sun settles, 1st Lieutenant Akbar Shahbazi realises that the squad was airlifted to the wrong landing zone, meaning their pre-selected route on their printed maps are incorrect. Afshar noting their route follows a river, orders the squad to move due-East.

The next day the forest thickens, Corporal Mustafa al-Abadi steps on overgrowth, falling several feet through the thin tree routes and gets impaled on a tree stump. Unable to save him, Afshar is forced to commit a mercy killing, morale begins to sink as many see the mission as cursed or condemned by God. However, they reach the river and continue on their route. That night they encounter a small group of YFN fighters and ambush them, questioning a survivor, they hear that Kara is not in the Forest but further east in the town of Shurat, before the survivor bleeds out.

At dawn, hoping to make up lost time, the squad presses ahead as fast as possible. Encountering sounds in the underbrush, they are rushed by a group of large wild boar, though killing several, Corporal Musa Ayed suffers a gored leg and has damaged his tibial artery, after several minutes of checking on his men, Afshar watches as Ayed collapses and dies of blood loss. Despite some protests from the remaining squad members, Afshar orders them to press on. The squad eventually reach within sight of smoke rising from the tree canopy, which matches the location of Kara’s headquarters to military intelligence. Communications remain sketchy owing to the isolation of the region. The camp is scouted at dusk and Kara is identified by Shahbazi, the squad rest and plan their attack. Afshar ventures into the forest to pray for his family and asks God for forgiveness over the loss of his two comrades to the forest. The mercy-killing of Al-Abadi appears to unsettle Afshar, to which Shahbazi denounces as weakness.

Under a cloudless night sky, the squad begins its assault on the encampment. Entering stealthily, they approach the main hut only to find it empty. The squad is then attacked by the YFN, who seemingly knew of their presence. Forced to take cover in the hut, the squad kill many fighters and begin to retreat back into the forest. They are pursued by the YFN who’s numbers far exceed the intelligence provided. Corporals Ebrahim Kooshan and Bashar Walid are killed by gunfire, leaving only Afshar, Shahbazi. Shariatmadari and Sergeant Ramin Shahi. They reach the summit of a rocky outcropping and fend off further YFN attacks, before Shahi is killed by a rocket-propelled grenade. Shariatmadari regains contact with headquarters and reports the mission’s failure, Afshar requests an evac-helicopter, however, the signal suffers repeated interference. Shahbazi is shot several times, with Afshar comforting his dying friend, repeatedly telling him to breathe. Shahbazi dies as Afshar is struck in the shoulder. Turning to Shariatmadari who is calling for reinforcements, has the radio set ripped from his hands. Afshar telling him to “go home and speak of our martyrdom” before pushing the young soldier off the edge into the river below.

Afshar alone at the outcropping, regains contact with headquarters and requests an airstrike on his location. He is surrounded and met personally by Kara, who holds the decorative handgun of Keshavarz in his hand. Afshar breaths slowly and sees images of his family, as Kara executes him. The silence is broken by the sound of jet engines and the whistling of a falling bomb.

The film ends with scenes of the state funerals held for the squad, and the words of Custodian of the Faith Ali Roshani, “they breathed the good air of justice, honour and duty, so that we may breathe the air of peace and freedom. They go now to sit upon the right hand of God in the gardens of Heaven and we pray in thanks for their sacrifice.” The final scene is that of the real-life Shariatmadari with the families of all seven killed squad members at the Takavaran Memorial Cemetary in Zahedan.

What makes this a film a true epic of heroes is the sacrifice these brave men made. Here are a group of brave soldiers, with lives, families, hopes and dreams, who carry on regardless of what nature throws at them. They give up all that they love in the end to stop a murderous thug. This isn't just about the soldiery side, it is a story of perseverance for a noble cause, its a story about bravey. I hope that people will watch this and give a thought for those eight men. 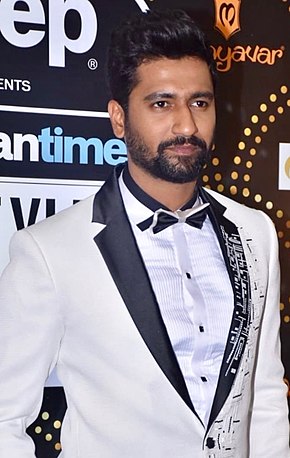 The film was shot on location in northeastern Khazestan, in more accessible areas of the Sharezan Forest. The production received a 25% tax credit for shooting in the union republic. Montazeri was granted creative autonomy, as Last Brigade did not fully oversee the film's production. With Nafas Kešidan, Montazeri continued his trademark of having war veterans as part of his film crew, as well as his trademark of using disabled veterans for camera crews and set design. Shariatmadari (the book author and sole survivor of the raid), along with several other Takavaran veterans, acted as technical advisors during the production. In addition, senior military advisor Aktar Salimi, a former Takavaran commander who had worked with Montazeri on three previous war epics, served as a producer.

The camp where the film's climax takes place was constructed by the set design team to exact specifications as provided by declassified aerial photographs. The camp was built on set location in the Khazi forest and was done with materials local to the area. Civilian areas of the Ad-Dayd Army and Air Force Base was used to depict Afshar's family home.

To produce the many injuries received by the eight-man Takavaran team, the filmmakers recruited Team Jalili-Rad, an award-winning effects company, that had won accolades for their injury effects in medical dramas and Montazeri's previous military action films. To aid Jalili-Rad in recreating the injuries of the fallen servicemen, Montazeri provided autopsy reports of the deceased. Special effects supervisor Farshid Jobrani created RPG explosions and bullet hits for the battle sequences that occur at the YFN camp and the rocky outcropping. The Zorasani Irfanic Revolutionary Army supplied the production with military vehicles. The Zorasani Irfanic Revolutionary Air Force provided the SAI Songhoor gunship and Mi-17 transport, from Ain Saad Air Force Base, both of which were manned by military personnel and used to depict the deployment of the team to the Forest. The Air Force also provided a SAI GR-7 Imam Ardashir to conduct a fly-pass at the end of the film to simulate the airstrike that killed Kara and his fighters.

Retrieved from "https://iiwiki.us/mediawiki/index.php?title=Nafas_Kešidan_(film)&oldid=268824"
Categories:
Hidden category:
This page was last edited on 27 October 2020, at 17:55.
Privacy policy
About IIWiki
Disclaimers