The National Space Research Office (NSRO; Officina Násional da Investicación Aspacial) is the agency of the Department of Science & Research responsible for the operation of the civilian space programme of Carloso. Its projects range widely from observations and measurements of the planet Earth, operation of space stations in low-Earth orbit, exploration of the Solar System with probes, to operating the Carlosian Lunar and future Martian manned missions. The NSRO was founded in 1959 under then President Samuel Dengra, with the stated aim of matching the capabilities of countries internationally that had already established their own space programmes. In 1962 the agency succeeded in launching its first satellite into space, followed in 1968 by a satellite which orbited the Moon. In the 1970s, as competition with Bourgougia and Barssois over space exploration began to intensify, NSRO began its manned Lunar programme; named Project Longinus, putting three men on the Moon in 1976. After several more manned Lunar missions, the programme was eventually wound down as public interest subsided and more effort was put into exploring the rest of the Solar System. In 1983 the major goal of performing a manned flyby of Venus was set, though concerns for crew safety fell through and an unmanned mission using the Longinus spacecraft was sent instead to prove the feasibility of a crewed mission in the future. These achievements cemented Carloso's position as the foremost space power in Musgorocia. Since then, NSRO has sent many probes and landers to survey and explore objects in the Solar System, and has plans to return Carlosians to the Moon and eventually send the first Carlosian to Mars in the near future. 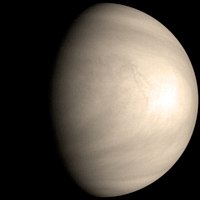 Venus, the target of the Longinus VII flyby.
Retrieved from "https://iiwiki.us/mediawiki/index.php?title=National_Space_Research_Office_(Carloso)&oldid=216813"
Categories:
Hidden category:
This page was last edited on 7 June 2020, at 20:09.
Privacy policy
About IIWiki
Disclaimers