The Pan-Verdean Restoration Corps (Verdean: La Cuerpa de Restauración Pan-Verdista) is a multinational organization, an Agency, part of the Verdean Union dedicated to developing the ethnically Verdean nations of Greater Meridon and Especia, and particularly recovering from the damage caused by decades of civil strife and destructive exploitation at the hands of the Federal Republic of Capisaria. The Pan-Verdean Restoration Corps is perhaps the largest single foreign aid agency in Tara in terms of volunteers and employees and one of the largest by budget.

After the conclusion of the Capisarian Revolution, and the liberation of the Verdean Archipelago from occupation, much of the territory of the newly independent Verdean states were in states of extreme disrepair. Decades of military occupation, resource extraction, and the destructive economic reforms made at the behest of the Capisarian government and Capisarian corporations had ravaged the Verdean economies and left a lot of economic infrastructure in a state of disrepair. Most Verdean governments, particularly those of Verde, Plata, and Dorado, made attempts to reconstruct their economies on a national level. Such efforts were promising, but aside from Verde, which had been least devastated by the occupation, were hampered by relatively small budgets available for reconstruction.

When the Verdean Union was founded in DI 200, there were hopes that there would be greater cooperation between the Verdean states, particularly in the field of economic development. The Verdean Central Council was slow to act however, and it was ultimately up to the Republic of Verde, and its own national program to become the basis of the Pan-Verdean Restoration Corps. Restructuring the national scale Verdean office to an international organization proved difficult, and the first major project, as a result did not begin until DI 203. The construction of several transport infrastructure works in Plata marked the beginning of PVRC operations.

The Pan-Verdean Restoration would undergo a shift from a professional organization, to a primarily volunteer organization after political pressure from Verde was applied, specifically to reduce the overall cost of operations, and to better involve Verdean citizens completing their National Service. There were problems from this reorganization, and many projects had to be put on hold to retrain staff. But by DI 209, efforts had proven ultimately successful. It was also during this time that the PVRC began to expand operations, as early projects had been orientated to physical reconstruction. Offices dedicated to human development were opened in DI 207, 209, and 211 with the Offices Medicines and Disaster Relief, Office of Education, and the Office of Cultural Development respectively.

The most challenging engagement of the PVRC's history came in DI 212 when the Verdean Republic was struck by a nuclear attack from Dorado. This attack, and the subsequent Doradan War proved to be the most significant disaster in the Verdean Archipelago since the inception of the PVRC. Several projects were initiated in the aftermath of the nuclear attack, primarily to clean up and reconstruct the city of Bastille, and proved enormously popular in spite of the danger posed by working in a radioactive zone. After active hostilities in Dorado came to an end, development operations commenced in Dorado to repair the damage caused by the conflict. These projects saw the numbers of the PVRC swell to nearly four hundred thousand volunteers. As the reconstruction operations in Verde come to a close, the PVRC looked to expand the scope of its operations outside the Verdean Archipelago with the first project, an educational program in Davidos, starting in DI 218. 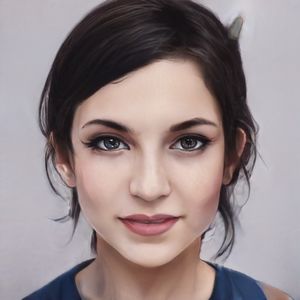 Ana Carena Parisa assumed control of the PVRC in DI 218, after serving as a volunteer for six years and as an an employee for four.

The Pan-Verdean Restoration Corps is a major organization in the Verdean Archipelago. There are currently nearly 395,181 people who are either employees of the PVRC or are volunteers working for it. According to statistics reported to the Verdean Union, in DI 219, the Pan-Verdean Restoration Corps had 2,250 employees. As a result, the overwhelming majority of the PVRC consists of personnel classified as volunteers, who serve for renewable periods of two years. In spite of this, most volunteers receive a significant living stipend or have their expenses paid for by the Corps such that they are employees in function if not in legal designation. The current head of the organization is the recently appointed Ana Carena Parisa, who assumed leadership of the organization in DI 218 after serving as head for the Office of Cultural Development from DI 215-DI 218.

Infrastructure Development is the oldest, and currently, the largest Office of the PVRC, and it sponsors several projects throughout the Verdean Archipelago. Initially this was limited to repair operations in the founding nations of the Verdean Union. Over time, operations expanded to include major construction projects. Currently major projects include the construction of modern light rail in Dorado, the paving of Airfields in Lesser Verde, and the construction of several Saltwater Desalinization plants on Isla Dorado. The flagship project however, is the PVRC's involvement in the Cuarzan Tunnel Initiative, which seeks to construct a nearly 300 km rail tunnel directly from Southern Isla Verde to Los Cuarzos, which would make it the largest construction project in Meridonian History.

The Pan-Verdean Restoration Corps is involved in education programs throughout the Verdean Archipelago, and in other Verdean nations. As literacy rates are fairly high in most of the Archipelago, the PVRC focuses most of its programs on the archipelago towards development of technical skills, particularly in the fields of engineering, medicine, and education. These programs serve as an auxiliary to the PVRC, and serve to train future volunteers in addition to the more generalized benefit of the increased skill of the Verdean workforce. In Davidos, and Los Cuarzos, there is more basic educational support with PVRC teachers serving as auxiliaries to local teachers, or outright teaching students in certain critically underdeveloped areas. The PVRC also sponsors a number of initiatives that promote Verdean culture, particularly in more distant countries, and controversially, the PVRC is known to promote the Pan-Verdean ideology to students in PVRC schools.

Medical care is handled by the Office of Medicines and Disaster Relief, and is currently one of the larger departments of the Corps. Medical staffers are spread throughout the Verdean Archipelago, particularly Lesser Verde, Los Cuarzos, and espeically Dorado. As the occupation destroyed many clinics in the smaller Verdean nations, PVRC medical centers are often the only places to source immunizations, disease treatments, and other critical services. This is especially true in Dorado, where active military conflict has seen the establishment of several trauma centers that turn out some of the best surgeons in the Verdean Archipelago.

The Pan-Verdean Restoration Corps has a modest disaster relief program, as its functions have largely been reallocated towards Dorado and the conflict there. The last major disasater relief operation carried out by the PVRC was the reconstruction efforts in Plata after the DI 2018 Tsunami, and before that the reconstruction efforts in Bastille after the nuclear attack of DI 212.

The Pan-Verdean Restoration Corps operates with a budget of roughly twelve billion NSD on a yearly basis with the DI 219 financial year indicating an operating budget of $12,210,400,068. The largest department of the PVRC financially is the Office of Infrastructure which operates with fully one third of the operating budget of the Corps. The largest expense is wages and stipends which consume half of the budget, or roughly six billion NSD per year. The PVRC receieves most of its funding through donations, but has in recent years sought to make the organization more individually sustainable and self-supported. These initiatives have not seen much success and as of FY DI 219, ninety-five percent of the PVRC's operational budget still came from donations to the organization.

The Pan-Verdean Restoration Corps receives the bulk of its donations from nations, and supranational organizations with the largest single donor being the government of the Republic of Verde, which donates three billion NSD annually to the Corps. Other major donors include the Verdean Union which allocates a two billion NSD donation to the organization as part of its own operational budget, and the State of Datchlia, which is the largest non-Verdean sovereign contributor to the organization at nearly one billion annually. Private donors conversely provide between one fifth and one quarter of donations to the Corps, with the largest individual donor being Verdean Director Pedro Ruíz Garza who is on record as having donated nearly three million NSD to the Corps on an annual basis.

Retrieved from "https://iiwiki.us/mediawiki/index.php?title=Pan-Verdean_Restoration_Corps&oldid=192781"
Categories:
Hidden category:
This page was last edited on 18 April 2020, at 01:31.
Privacy policy
About IIWiki
Disclaimers