The Symphony No. 3 in C minor of Dimitri Hopko, Op. 59, also commonly called the Amathian Rhapsody or Hymne Amathien is an orchestral opera written between 1797 and 1798 by Narozalic composer Dimitri Hopko. Considered one of the most important compositions in Euclean musical history, the symphony was first performed at the Nikolai IV Theatre in Samistopol and has since become one of the most widely-taught orchestral compositions and operas in Kylaris, and is considered a cornerstone of Euclean music. The symphony is also revered as a holy hymn of the Episemialist Church, for which the symphony was written. It contains fifteen movements, atypical for compositions of the time, and is written in the Narodyn language, although translations into Gaullican, Estmerish, Amathian, Solarian and Zalyk have all become widely popular.

The symphony is renowned for its high-pitched, graceful vocals - and the regular switch between different pitches of the vocals is a regular motif throughout the composition and reflects the symphony's religious nature.

The pitch of the symphony's vocal has become widely associated with the composition and is known worldwide as a distinct feature of the hymn. More modern music genres have adapted the use of the vocals through improvised sampling methods and the recurring tune remains one of the most recognisable in history.

While the exact motivation for the composition of the symphony is unknown, it is likely that Hopko visited Amathia shortly before he began the composition, likely in 1795 or 1796. Hopko was a strong believer in God and a devout Episemialist who had a passion for visiting countries with similar religious orientation to his own. It is almost certain that the song was inspired by Episemialist Amathian churches he visited while he was in the country, likely by stained glass artwork and mosaics and sunlight shining through the windows - an image that has now become widely associated with the composition. The work was composed entirely in Hopko's home in Samistopol and was practised and rehearsed on the piano by himself, before he branched out to local orchestras to conduct the song before its premiere. 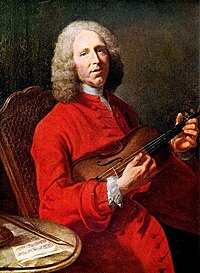 Hopko was only 24 years old when the composition premiered at the Nikolai IV Theatre in 1798, and was one of the youngest emerging composers of his time. Despite his young age, he was well respected in the Euclean classical community, having previously composed two symphonies that had garnered positive reception.

The Third Symphony premiered on August 18, 1798 at the Nikolai IV Theatre in Samistopol, one of the most prestigious theatres in the country, in a concert consisting mostly of Hopko's original compositions, with the works of some other composers interspersed between his main performances. The Third Symphony was the last work to be played in the three-hour concert. Hopko was the main conductor in all of his original compositions and some of the other works.

The ten-minute-long composition stunned the crowd who had gathered at [Hopko's] concert. It was unlike anything I had heard before, the grace, the gentleness, the skill, the precision, the holiness. It was simply and plainly a marvelous composition.

Hopko openly dedicated the composition to the Episemialist Church, declaring it both before the work's premiere and in the first printed copy of the composition, published in 1800.

Little critical response followed the composition's premiere, and the orchestra played well on the night, with no faults or interruptions being recorded. Music critics of the time were quick to heap praise onto the young composer for his work of composition. Early on in the 19th century, the work quickly cemented its place in the essential orchestral repertoire that had been slowly developing at the time. The work is often played in inaugural concerts for orchestras and the composition is renowned for its difficulty for opera singers to learn well. Despite this, it is one of the most performed and well-recognised tunes in the world.

The composition is split into fifteen movements:

I. Amen. Lord have mercy
II. Glory to the Father and to the Son
III. Come, let us worship
IV. Hallelujah
V. Glory to Thee, O Lord
VI. O Mighty One
VII. Lord have mercy
VIII. I Believe in One God, The Father, The Almighty
IX. A Mercy of Peace
X. We hymn Thee
XI. It is Truly Fitting
XII. Amen. And With Your Spirit, Lord Have Mercy
XIII. Our Father
XIV. Praise the Lord from the Heavens
XV. Blessed is He Who Comes in the Name of the Lord

Retrieved from "https://iiwiki.us/mediawiki/index.php?title=Symphony_No._3_(Hopko)&oldid=213154"
Category:
Hidden category:
This page was last edited on 29 May 2020, at 21:03.
Privacy policy
About IIWiki
Disclaimers