Prince Audric, Duke of Saivres (Audric Olivier Joseph Alexandre; b. 28 January 1993) is a Vannoisian Prince of the Blood and the only son of Vannoisian Crown Prince Alexandre, Duke of Sainte-Colette by his wife, Juliette of Vouvant. By virtue of his birth, he is currently second-in-line to the Vannoisian Throne after his father.

Audric was born at the Palais du Madon in the Vannoisian capital city of Sainte-Colette. He was educated at the private Lycée Sainte-Geneviève in Sainte-Colette, before receiving a degree in Economics from Academia Militaris Olympia in Latium. Subsequent to his graduation, Audric joined the Imperial Household, working closely with his grandfather Charles XII and executing several duties on the behalf of the Crown. He would later enroll in an economics graduate program at the École d'économie et de sciences politiques de Sainte-Colette, earning his MSc in Political Economy in 2019.

In 2014, while a student at Academia Militaris Olympia, Audric met Selene of Latium. The two married in 2018 and have one child, Jacqueline, born in 2019.

Audric was born at the Palais du Madon in Sainte-Colette on 28 January, 1993 at 07:04, the first child and only son of Crown Prince Alexandre and his wife, Juliette of Vouvant. Upon his birth, Audric displaced his uncle Prince Rémy, Duke of Morlac as second-in-line to the Vannoisian throne. He was baptized at the Basilique du Sacré-Cœur in Sainte-Colette on 16 February, 1993. His godparents were Edouard, Count of Montbras (maternal uncle), Rémy, Duke of Morlac (paternal uncle), Teresa of Ghant (paternal great-grandmother), and Marie-Catherine of Vouvant (maternal aunt). Though his sex had not been announced prior to his birth, leaks from within the Imperial Household through 1992 and 1993 indicated that the child would be a girl. As such, betting markets placed Catherine and Thérèse as the most likely names to be chosen, with Charles and Joseph the most favored male names.

Audric's first public appearance was in late 1993 at a charity event in Sainte-Colette hosted jointly by his mother and father. His first visit abroad was with his paternal grandparents, Charles XII and Jocelyne of Gelonia, in 1995 to Latium. From 1999 onward, Audric and his sisters Catherine (b. 1998) and Madeleine (b. 2005) lived primarily with their paternal grandparents at the Palais du Madon and the Niort-Parthenay's primary country residence, the Château d'Oiron.

Audric attended the private École normale catholique (ENC) primary school, and continued his secondary education at the prestigious Lycée Sainte-Geneviève, both in the capital city of Vannois. Reports from the period indicated that Audric was a relatively reserved student, and there is no record of his participation in any extracurricular activities at Sainte-Geneviève outside of sports. In that area, Audric and his cousin Charles of Morlac both played lacrosse and football each year of their attendance at Sainte-Geneviève, winning several city-wide tournaments in both sports.

At the reported urging of his paternal grandfather, Audric did not take a gap year and instead went on to attend the Latin Academia Militaris Olympia, where he shared classes with future Latin Emperor Constantine XX among others. Choosing to study primarily economics, he did not continue in any sports at Olympia, which led much of the Vannoisian press to speculate about the Prince having difficulty adjusting to the foreign military academy. In subsequent years, Audric has admitted that his time at Olympia was "particularly challenging, for any number of reasons" and that many of the reports about his difficulties there were at least partly true. During his final year at Olympia, Audric took part in several exercises with the Latin military, as well as with the Imperial Guard in Vannois.

After graduating from Olympia and working at a relatively low-level in the Imperial Household, Audric announced his intention to continue his studies in economics, eventually indicating his intention to attend the École d'économie et de sciences politiques de Sainte-Colette (also known as the Sainte-Colette School of Economics and Political Science). He subsequently earned his MSc in Political Economy with high marks in 2019. Audric is fluent in Audonais, Latin and Arthuristan, and proficient in Hellenic.

Charitable activities and work in the Imperial Household 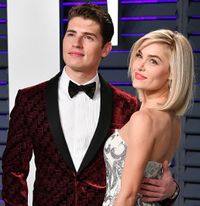 Audric and Selene of Latium at a charity event in Sainte-Colette, 2019.

Since graduating from Olympia, Audric has undertaken numerous public and official duties in the name of the Vannoisian Crown. Although his sister Catherine year-over-year attends or hosts the most public engagements on behalf of their grandfather, Audric has apparently undertaken various 'behind-the-scenes' roles, including working closely with now-Prime Minister Marlène Astier during her time as a functionary in the Ministry of the Interior.

Audric has also assumed numerous duties traditionally reserved for the Crown Prince, including ceremonial roles during engagements at the Palais du Madon and in being granted several official advisory roles by Charles XII. Indeed, in a decision widely-reported on by Vannoisian media, Audric was appointed to the Privy Council of the Vannoisian Empire in 2018 - a body to which his father, Alexandre, is not and has never been a member.

As of 2020, Audric is also a member or honorary fellow of several scholarly bodies and think tanks surrounding economic theory, including the Sainte-Colette School of Economics and Political Science's Institute for Economic Progress and the Imperial Academy of Economics and Finance. While publicly non-partisan, these institutions are seen as generally moderate, and propose papers and other works based in liberal policy to receptive policy-makers.

Retrieved from "https://iiwiki.us/mediawiki/index.php?title=Audric,_Duke_of_Saivres&oldid=282359"
Categories:
Hidden categories:
This page was last edited on 2 December 2020, at 22:14.
Privacy policy
About IIWiki
Disclaimers