Jump to navigation Jump to search
Not to be confused with Jocotero (2002 film) or Jocotero massacre.

Jocotero is a black-and-white drama film directed and produced by Alfonso Morelli. Set in the early Ardesian Estado Novo, it follows the life of a Vespasian-Ardesian family in Rémont between 1961-1962. The movie stars primarily Javier Pires, Luzia Passos, Sylvia Gouin, Valquíria Alves and Denis Gide. The project was announced in July 2020 with Javier Pires, Luzia Passos, and Sylvia Gouin casted as leads in December 2020.

The movie premiered at the 82nd Montecara Film Festival on 24 October, 2021, beginning theatrical release worldwide by 3 November 2021. The film was praised for the lead acting performances and filmmaking done by Morelli.

The film begins with a reel of the 1961 coup and oppositions demonstrated in Rémont largely by students. It cuts to an introduction of the Giordano’s, a Vespasian-Ardesian family that runs a small business focused on carpets in the Jocotero neighborhood of Rémont. Niccolo Giordano, 45, is the husband of his wife, Rosa, and the father of Regina, Mina, and Rufo. Few distinctive neighbors largely capturing the bilingual switches of the family are also introduced. Niccolo works as manager and seller, while Rosa works as a carpet weaver which is routinely played out.

When announced of another child from Rosa, Niccolo is ecstatic of the news though receives mixed feelings from their kids, primarily from Mina who’s at the cusp of leaving for the city’s university. The family spends their dinner at a nearby Vespasian restaurant ‘Gastone’s’ in celebration of the pregnancy and Mina’s acceptance into Rémont University. This is abruptly stopped when a student demonstration held at an intersection breaks into a brawl between them and the paramilitary group ‘Os Galos’ which had been aided by the Estado Novo government.

A week later, Mina is driven by Niccolo to the university for registration, enabling a brief talk over the concurrent events unfolding. Niccolo tells Mina not to be swept into the concurrent wave of opposition, and simply enjoy her youth in where she disagrees. Before an argument unfolds they arrive to tour the campus, where they see stands and masses of students passing flyers. Mina slowly strays away to collect one, where she meets one of the distributors ‘Rafael’. Niccolo quickly attempts to break the conversation upon his discovery and worry for Mina’s interest in joining the growing protests. Mina would be visibily seen hiding the pamphlet away. They later return home with Niccolo talking to Rosa stressing over the state of the country, and hoping for her to reach out to Mina to prevent her from delving too deep into the movements. Rufo would eavesdrop on the conversation and break it to Mina in the same night, further causing family distrust.

Weeks later, Niccolo’s fears is further evident where he accidentally discovers the flyer before being confronted by Mina. A foul argument ensues as he angrily questions her motives, accusing her of doing past actions out of spite and in an attempt to dissociate from the family. Mina returns an accusation with him doing this to maintain the remaining grasp of influence he has on her and her practices out of fear. Rosa, now in her first trimester would attempt to defuse the fight before vomiting, diverting attention back to her pregnancy. By mid-1962 the 1962 Summer Invictus Games would begin, with Mina finally out of the household and Rufo and Regina occupying more space by working at the shop more frequently. Upon one of the routine visits to Mina on the campus, Niccolo and Rosa come across her with Rafael. There’d be many slight implications of a possible relationship, which Niccolo visibly dreads and Rosa attempts in supporting.

As they drive back home Rosa assures Niccolo of the absence of any relationship, the conversation ends quickly with the growing number of students rallying and listening to the recited speeches. One of the previously recognized neighborhood residents are seen as they slowly drive past, leading to Niccolo’s questioning of the scope of events. A military presence in the area arrives at the surprise of the family the next day, with a helicopter flying over them in view of a larger demonstration bigger than last night. Upon Rosa’s second trimester they shop for cribs while passing by members of Os Galos seen with weapons. They hurry into the store to resume shopping with Niccolo justifying his fears of the violence incoming, while also questioning if Mina had listened.

Prompting further concern Niccolo travels to the university before running into Mina and Rafael close to sleeping with each other, bringing disturbance and a fight spilling outside of their room. Rafael receives injuries while Niccolo flees with Mina. Mina espouses her anger before being cut off with an emotional plea by Niccolo to avoid any trouble and questions if she was going to sleep with Rafael, which she refuses to answer, all while insulting him and leaving. This would cause him to breakdown in his car.

Niccolo and the rest of the family would be largely estranged by Mina shortly after. Into the later periods of the Invictus Games near Jocotero, a planned demonstration of over 13,000 protestors ascend to the streets with agitators primarily belonging to Os Galos quickly battling. Niccolo frantically calls Mina out of the turnout of people but to no answer. Gunshots are heard and hoards of people flee the area and apparent deaths are seen as Niccolo attempts to scout the streets in desperation within one shot. Niccolo walks past a frantic Rafael before seeing Mina’s body that had been shot among others, he would cradle her whilst breaking down before an abrupt cut to black.

Weeks after the event Rosa is in the hospital giving birth to another child where Niccolo imitatively cradles him. The family spends their time at the local beach with the baby now named Matheus. Niccolo would proclaim his love to his children as they sit down and hold them close, shortly within the day after he would set up carpets back to routine fashion. The end focuses on a wide shot of Niccolo sitting within the store.

One of the primary locations shot in the Jocotero neighborhood 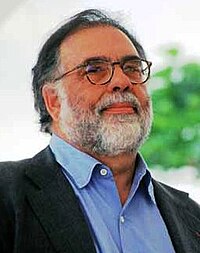 The ideas of Jocotero were first exchanged between the director Alfonso Morelli and personal friend Uberto Colabella during lunch in the Patrick Islands in April. Uberto would reflect from earlier writing of a semi-biographical story set during the 1962 coup. Further developing the writing Morelli began to share other concepts which would include the role of the Summer Invictus Games. To gather more ideas, they began digging into archival information of the sequential massacre and the accounts from participants after the end of the trip. Morelli accounted, "When the trip ended, there was heavy conversation, all the potential had been realized when there were no sort of dramatizations of what was a hectic period, even from what Uberto and I remember."

With more knowledge of the victims and course of events through extensive research, Morelli felt more compelled to write a draft of the project originally called ‘Rua Sul’. Second to final additions of exchanged screenplays between Morelli and Uberto would make the focused family of Vespasian descent. These exchangements also coincided with even further research of the heated period through Morelli’s fascination with the student demonstrations. Now that the concept had been finalized it was renamed to ‘Jocotero’, centered off the neighborhood based in the Avela borough of Rémont.

Announcements of the project were made on 11 July 2020, which included that Morelli would direct and write a screenplay for a drama focused on a Vespasian-Ardesian family in Rémont. Casting began with Morelli approaching Javier Pires and with Luzia Passos approaching Morelli over interest of collaborating. Sylvia Gouin had been selected in the brief auditions with the role of the eldest daughter, namely to challenge her acting ability in the progression of the story. All three of the actors had been contacted by Morelli after the Jocotero script was completed. Final auditions for the role of the younger children had casted Denis Gide and Valquíria Alves.

Principal photography had lasted for 19 days by 17 August 2020. The movie had been filmed in sequence all within the primary location of Rémont. Since the start Morelli wanted the film shot in black and white, which was done with black and white film and was also lit naturally. Morelli worked with cinematography by Ludovica Sabetta, done with an adjusted aperture to emphasize on the characters and to achieve one of the final cuts of the film deemed to be an 'intricate process'.

Jocotero was credited with the style of the monochrome composition, and described narratively to border near a 'psychologial thriller', according to sites such as Observador Rémont. The black and white was decided by Morelli from the beginning to 'capture and communicate the artistic compoment of the city's desperation at the time.' Echoed statements acclaim the theme of machismo and its presentation, largely done by Pires's performance.

Jocotero grossed €20 million within Ardesia and €19 million across other countries for a total of €39 million. Upon its first week it grossed €21 million accounting both domestic and worldwide release.