Morroseta, officially the Morrosetan Republic (Morrosetan and Costense: República Morroseta), is a country located on the Astyrian continent of Teudallum. It borders Cassonne to the north, Monsa to the east and the _ Ocean on the east and south. Its capital city is A Gracia, which is also the most populous urban area. The territory of Morroseta also comprises the autonomous region of Costa de Ouro.

The territory in which is Morroseta today has been inhabited since, at least, 2500 BC, period in which Mosetos expanded settling near the cities of Cartiño and Piñedo. The place saw the development of these settlements that expanded from coastal towns dedicated to the fishing industry, to the first villages in valleys, where fertile lands provided a source of aliments. Mosetos held close contact with the _ at the other side of the Serra das Cobras, that divide Morroseta from mainland Costa de Ouro, and with the time developed authentic forms of self-government that later evolved into small kingdoms that disputed during several years the control of the land. Commercial ties with Exponential merchants served for the consolidation of the large adherence of the population to the Catholic faith and in 1011, Morroseta was founded by the Hesperidesian Kingdom Albandea founded its first harbour in the coast. However, it was going to be in 1261 when the first Morrosetan political unity was formed with the Treaties of A Gracia (Tratados da A Gracia), that united the several kingdoms and duchies of Morroseta into one solely unity under the control of A Gracia. During the early modern period, Morroseta was known as a small colonial power in the south of Teudallum, holding together with Monsa several colonies and profitable species routes.

Enlightenment brought important advances to the socio-political and scientific areas of life. During this period, Morroseta was home to well-known writers and thinkers. In 1741, a revolt and later revolution concluded with the first Constitution of Morroseta that included important limitations to the absolute power of the monarchs, ensured basic human rights and created one of the first modern constitutional monarchies of Astyria, that led to the creation of a legislative power. During most of the 18th and 19th century, Morroseta would live important transformations that concluded with the dismantle of the Morrosetan Overseas; large periods of economic troubles would provoke revolts and the creation of several short-lived republics that would not succeed in the unity of the territory. However, at the start of the 20th century, the country will be immersed in a true civil war between forces pro to keep the monarchy, forces that would push for a liberal republic and the forces of Touriño, who would later establish a conservative and largely confessional republic that will keep Morroseta and Costa de Ouro united under a repressive dictatorship until in 1966, the largest political forces of the country signed the return to a democratic regime. In 1977, the centre-left Partido Socialista Obreiro won for the first time, leading a long period of economic development. During the 90s and early 00s, the country would be governed by the centre-right Renovación Nacional, which led several privatisations and financial reforms.

Morroseta is today a semi-presidential republic, led by a President and a Prime Minister, both elected by universal suffrage for terms of 6 and 5 years approximately respectively. It counts with a developed and advanced economy heavily relied on the services and the industry, with contributions of the agriculture and stock-breeding. The country ranks high in economic freedom, democracy, press freedom and social progress. It is a member of several regional associations and keeps an active role on its influence sphere.

Politically and economically, the country has struggled to escape the immediate influence of its much larger neighbour, Cassonne, an undependable partner. Its foreign relations tend to look further afield out of necessity, leading Morroseta to develop close ties with Cadenza, Kelonna and Monsa, among others.

Morroseta was founded in 1011 under the auspices of the Hesperidesian kingdom of Albandea, which established a harbour at Ad Gratiam Dei. 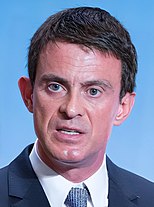 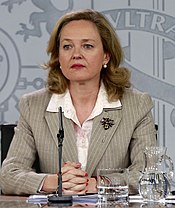 Morroseta is a federal semi-presidential republic, which functions with a multi-party system granting stable democratic levels since the end of the Toriño Regime. Although its first political structure was funded in 1261 under the Tratados da A Gracia as a kingdom to unite the numerous kingdoms of the area, Morroseta has been regarded as a republic since at least the mid-18th century, period marked by the civil war that dismantled the monarchy and instituted the Touriño Regime under the leadership of Fernando Touriño, dictator of Morroseta until his death in 1966 that led the nation with a conservative and confessional rule and largely repressive policies. Since the transition to democracy in the following years to Touriño's death, Morroseta's political scene has been dominated by the centre-left Partido Socialista Obreiro and the centre-right Renovación Nacional. The Head of State of the Republic is represented by the President and the Head of Government by the Prime Minister of Morroseta; although both are in charge of different areas of the state, in practice, the President is considered to be a purely ceremonial figure and the Prime Minister is who is charge of most of the creation of policy.

The government is separated into three branches:

The Chief of the Executive, the President, is elected every six-years for a fixed term by popular and universal suffrage and have the option for one re-election. On the other hand, Prime Ministers are usually appointed by the President after a General Election and if the legislature grants its confidence, which can be revoked at any time through a motion of no confidence. Although Prime Ministers can hold the office as long as confidence in the legislature exists, terms last five years before the President dissolves the Parliament on suggestion of the PM and new general elections are called. The Parliament of Morroseta (Parlamento de Morroseta), a bicameral legislature divided between an upper house (the Senate, O Senado) and the lower house (the Chamber of Deputies, Cámara dos Deputados), the union of both houses is commonly named as General Assembly or Asemblea Xeral and is used by the Constitution to conclude certain law-making, voting or discussion processes.