Sarussia' Officially known as Peoples Republic of Sarussia], a continent on Anteria. With around 166 milion inhabitants Sarussia is a medium sized nation. The official language spoken in the nation is Sarussian. Sarussian's biggest city is Grestin and the capital is Ruinen. The current Head of the state is the dictator Federick van Nassau, and with his party People's Party of Sarussia. he country scales at 1,101,627km2

The territory of Saussia was inhabited for centuries by a succession of peoples, mostly Germanics and Nordics. The foundation of the nation was from Duchy of Saruss when Lord Heinrick Saruss annex the other kingdoms within the land now known as Sarussia. 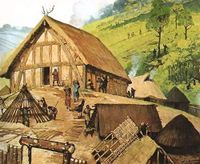 Sarussian village in the early days

The first proper civilization in the land now known Sarussia was in the late 7h century.

Sarussia had first many kingdoms within its lands and quickly became a united under the rule of Duchy of Saruss in late 1300s.

Punishment was often harsh, and trials would not be long at all, with not much evidence. Torture was used for crimes such as theft, laundering and lollygagging. Some methods of torture used include flogging, rat torture and iron chair torture. If the crime was murder or rape, it almost always was execution for the belligerent, often public too

The Industrial is manily focused on military equipment and police equipment but also a lot goes to infrastructur and energy such as nuclear power plants. The nation has no coals power plants bus has oli fields because it wants to be as clean as possible. it has a couple of wind turbines across the nation mostly on the coast line.

The 1930s also known as the great civil war. was a war between the nation forces and the communist revolutinal focres.

In the 1930s a democratic goverment ruled Sarussia until the nation fell into a completed revolution due to the nation falling apart due not having enough money to run the nation. at the date of 26th of march 1938 marked as the end of the civil war with the communist revolution army as the new rules of the state.

The modern era was the beginning of the 1960s to present day. Most of this stage of Sarussia’s history is just advancement and technology getting better. Getting a more stable Communist state. In the early 1990’s Sarussia have joined the Thrismari Union. In the TU, they have trade deals with many of the other nations in the pact.

The military parade is the main Traditinal of the nation. Every year on the day that the People's Republic of Sarussia has being made a military parade marches down at the military grounds and each year they show a little bit of the new equipment coming to the SAR military. The kids are on this day free of school and can head down to the parade ground or watch it on television or listen to the radio about the celebration. The adults also have a free day at there work.

Food is not a huge part of Sarussian culture however there is some native dishes in the nation. Sampot is a national dish. made by potato and vegetables and sausage. 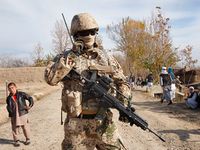 Due to the nation being isolated, It has being in many operations around the world.

Its by SAR law that everyone that is 18 and above has to join the military for 16+ years and have the option to stay in the military (be listed as acttive) or be reserve personnel. Historically, the military has not been involved in many fights at all. The government does invest much money into defense so the nation can protect itself and others.

Sarussian mountain in the north

Sarussian geograpy is based on mountains to the north, Forests in the middle and west and more flat land towards the ocean. 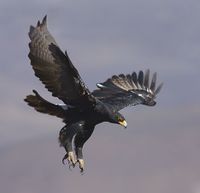 The national animal of Lyonheimer is the Black Eagel, a bird of prey from Sarussia and the national symbol of Sarussia. 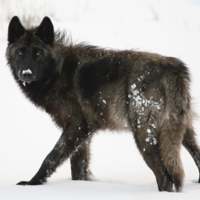 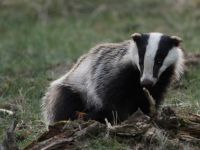 Retrieved from "https://iiwiki.us/mediawiki/index.php?title=Sarussia&oldid=351916"
Category:
Hidden categories:
This page was last edited on 24 May 2021, at 21:21.
Privacy policy
About IIWiki
Disclaimers