The Thrismari Union (Often shortened to the TU) is a political and economic union of 17 member states that are located primarily in Thrismari, with associated states within other continents. The union are focused on human rights, international stability and free travel through the nations of Thrismari. The total population of all Member States is over 383 million, the combined Gross Domestic Product is approximately 11 trillion ACU, and the land area the Thrismari Union comprises is 5.8 million square kilometers. Founded in 1998 by the nations of Blechingia and Lyonheimer, it now is made of a combined 17 member states. The union has four main capital cities, all with different purposes, Noruzabad in Abjekistan for defence pact meetings, Ardgan in Foxomexra for parliamentary meetings, Judapest in Lyonheimer for parliamentary meetings and Göteborg in Blechingia for further parliamentary meetings.

The first Thrismari Union Summit was held at the beginning of the Union's creation, 1998, to go over the laws and feature of the union

|"The purpose of the Thrismari Union is to promote economic cooperation among its Member States, to facilitate easy movement and trade therein, and to promote mutual prosperity.

Thrismari Union summits are supposed to happen once every two-three months or so, depending on how long the leaders believe it needs until the next.

During the first summit, the idea of an opt-in defensive alliance was brought up and in early April. Held in Noruzabad, Abjekistan, the delcaration was written up as follows:

'Upon the foundation of the Thrismari Union and during the first Thrismari Union summit, the idea of a defensive pact that members can opt-into and is not mandatory upon entry into the union.

Nations that opt-in are inclined and expected to help others in the Union when they face diplomatic issues or war. However, if they do not support the cause, they are allowed to opt-out on occasion.

This does not affect any other terms of the Union, and those who join only have the benefit of added security.

In order to set the free-travel initiative into motion, the idea of TU member number plates was thought up. This was fully introduced on the 18th of April 2021, and all number plates in TU member states past that date were produced as so. 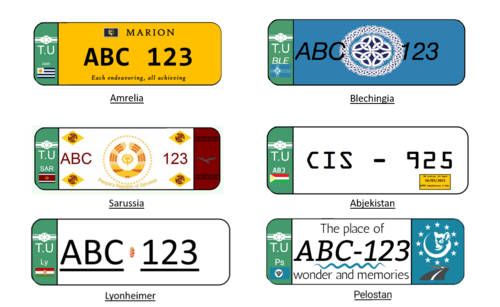 Retrieved from "https://iiwiki.us/mediawiki/index.php?title=Thrismari_Union&oldid=379544"
Categories:
Hidden category:
This page was last edited on 29 July 2021, at 18:46.
Privacy policy
About IIWiki
Disclaimers