The Asteria Inferior Common Market, commonly called ASTCOM, is a trade bloc made up of nine Asterian nations.

Initial talks of an Asterian trade bloc officially began in 1989, between Satavia, Nuvania and Satucin and culminated in an agreement signed in the Satavian town of Kingsleigh, in late 1989.

Talks continued on to 1992, when, the three original Kingsleigh Treaty signatures signed an agreement with Aucuria, Arbolada, Belmonte, Gapolania, Adamantina, and Côte d'Azur, in the form of the Treaty of Gatôn, which lead to the creation of ASTCOM.

In 2007, ASTCOM relocated it's headquarters from its original building to "The ASTCOM Center", a 1980s construction.

The Asterian Council is the central committee of ASTCOM, and is convened in ASTCOM's headquaters in Gatôn. The council has nine members - one from each member state, and the Secretary General, who chairs council meetings.

Council meetings are called, normally, once every month unless a member state petitions to the Secretary General for an extraordinary meeting. 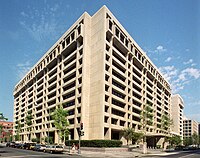 The council only votes on matters relating directly to ASTCOM, and does not intefere with international law cases brought upon one another member states, or force member states to adopt legislation internally.