Maharani Hema Kalyani (ಮಹರನಿ ಹೇಮ ಕಲ್ಯಾಣಿ; born ಜಯಂತಿ Jayanthi, 1785 - 4th April 1844), popularly referred to as Ko Jayanta in Pumil Nadu, and commonly known as Catherine of Karangi in Estmere, after her baptismal name. A member of the Ratta clan, she married Sir Horace Marlowe and nominally converted to Sotirianity, creating a scandal in both Karangi and Estmere. Despite this, after the death of her nephew Avinashrao Ratta she was placed on the throne of Karangi and ruled for 38 years (21 April 1806 – 4th April 1844).

During her reign she became known as an avid reformer, keen to introduce Euclean advances in technology and science to Karangi, as well as improve the lives of ordinary people and the rights of women. Though fascinated by Estmerish culture in her youth, she became more conservative later in her reign and sought to protect Pumil culture and encourage the usage of the Pumil language in her court by Estmerish residents and courtiers. She became posthumously known as 'Ko Jayanta' (meaning King Victory, with Jayanta being the masculine form of Jayanthi alluding to her ruling in her own right) as a result of her reforms and strong-will.

By the time of her death in 1844 she was one of the richest people in the world, leaving an estimated $4 billion (adjusted for inflation) personal fortune to her children. Despite difficult relations with Estmere in her later reign, she was described by Richard Hope as "the most noble and magnificent ruler in Satria [...] ruling a kingdom that is run alike heaven upon earth."

Admiral Dairton meeting with her father, Sri Ajay Rao in 1790

Born Jayanthi in 1785, Hema Kalyani was the youngest daughter of Sri Ajay Rao, the Maharaja of Karangi. Sri Ajay Rao had long been an ally of Estmere, a policy started by his father to ward off Etruria, and the Kingdom of Karangi became a protectorate of Estmere. This allowed Karangi to avoid being annexed by Estmere, as its rulers were known to be loyal and amiable to Estmerish interests. This was largely because they had been restored to the throne by Estmere after a half-century of exile after being usurped by the Chadaya dynasty.

Little is known of her childhood, as her place in the succession made it expected that she would be married off to other Satrian royalty or nobility. However the deaths of two of her elder brothers, and the long-term illness of her other brother, who would succeed their father in 1795 as Murali Rao, created some interest in her by the incumbent Resident, Claud Canham. The death of her brother in 1797 left her as the presumed heir to her young nephew, Avinashrao. 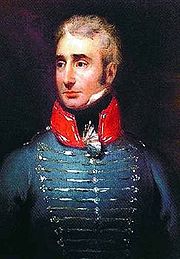 An oil painting of her husband, Sir Horace Marlowe, circa. 1805

Fearing that Avinashrao would die young and without an heir of his own, which would open Karangi to the possibility of a less loyal cadet branch taking over, Canham found a solution in the young Jayanthi. He met opposition from the Chief Minister of Karangi, Shyam Siva, who was hesitant to allow Jayanthi to be named Avinashrao's heir while unmarried. Canham therefore set out to find a match that would be agreeable to both Karangi, the presidency in Canducca, and the government in Estmere.

Early proposals to Shyam Siva for matches with other Padarathan nobility and royalty were rejected for various reasons by both parties. Princes under Etrurian control were also rejected, for fear of an opening up of Karangi to Etrurian influence. Canham was then drawn to an unusual candidate, Sir Horace Marlowe. Marlowe was an Estmerish officer who had been born in Manicula (modern-day Manikkala), spoke Pumil as his first language, but had been educated in Estmere and was a member of the Marlowe family, part of the Swathish gentry. 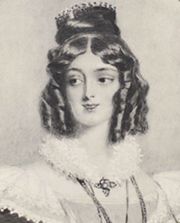 A portrait of 'Catherine of Karangi' in 1804

Shyam Siva was hesitant about the match, and initially rejected it. Upon a chance meeting with Sir Horace in January of 1798 however his opinion on the matter changed, and by March he wrote to Canham, who had meanwhile started the search again, that he found Marlowe "an agreeable and most amiable gentleman of noble kshatriya origin". Negotiations opened, with only religion being a sticking point. Shyam Siva desired that Marlowe convert to Zohism, but eventually relented with Canham and Marlowe agreeing that the children of the union would be Zohist and of the Ratta dynasty.

Jayanthi and Marlowe were married in May 1798. She was at the time 14, which was not an unusual age for marriage in either Satria or Estmere, while Sir Horace was 31. Despite the marriage being arranged, the young couple soon became infatuated with one another, and their first meeting in April before the marriage was noted to have been a good one.

The two moved to Estmere for a time, initially residing in Marlowe place with Sir Horace's parents and family. His father, Sir Robert Marlowe, Third Baronet was a Tankarophile, who had lived in Estmerish Padaratha most of his life, who was most ecstatic about the match. His wife and Sir Horace's sisters were less enthused, due to the ensuing scandal the match caused, but soon warmed up to Jayanthi.

The couple later moved to Morwall, where they purchased a townhouse, which would later become a pub known as the Satrian Queen which still exists to this day. In 1801 Jayanthi, under pressure from socialite friends and members of Estmere's government, converted to Sotirianity and became a part of the Embrian Communion, taking the bapitsmal name of Catherine. Despite this she remained a practicing Zohist and wrote in her diary that "one cannot be Zohist without believing in Jesus Soter, so it stands that one cannot be Sotirian unless they believe in Krishna."

Portrait of Queen Hema Kalyani of Karangi, by Robert Daniell in 1810

The untimely death of her nephew Avinashrao on the 21st April 1806 resulted in her accession to the throne. Shyam Siva served as her regent while she made arrangements to return from Estmere, and would serve faithfully as her Chief Minister until 1817 upon his death. His son Timmarusu and grandson Ashokvasan would succeed his role and serve throughout her reign. She arrived in Karangi in May, and was crowned as Maharani Hema Kalyana in June.

The first few years of her reign were spent dealing with the instability ensuing from the circumstances of her rule. There was internal noble and popular opposition to her as she was seen as a foreign monarch imposed by Estmere. There were also those in Estmere's ruling classes who had misgivings about her marriage, feeling it too scandalous and worrying it might encourage interracial marriage and 'pollute' Estmere's nobility and gentry. With the latter impossible to quell, she set about resolving the worries of the former. She patronised Zohist temples, took part in public rituals, and held numerous Avarannas for both the nobility and common people. She took frequent tours of her realm, and visited many parts of Estmerish Padaratha.

Her husband, Sir Horace, also faced similar opposition though on a greater scale as his foreignness was far more apparent. Despite this he quickly became popular with both the nobility and people. His intimate knowledge of the Pumil language and love of Pumil poetry stunned the court, and his adoption of native dress and customs, as well as foundation and patronisation of various charites and organisations intended to help the commoners and poor endeared him to the populace. In 1812 he obtained permission from Estmere, and his wife, to transfer from Estmere's military to the nominal army of Karinga. He sought to emulate the warrior-kings of old, and set about reforming the military to Estmerish standards and establishing it as an integral part of the burgeoning Estmerish Army of Cunducca. This won him great acclaim, and along with Elmer Merivale, Jaiwin Sachin Abinajan, and Rameshwar Cheemalakonda, he is considered a father of the Armed Forces of Padaratha.

For the rest of her reign Hema Kalyani and Karangi enjoyed a period of peace and stability. With the finalisation of the Estmerish conquest of what is now modern-day Padaratha in 1835, and Karangi serving as a loyal princely state of Estmere, there were few threats to said peace. She spent most of her reign reforming the governance of the state, employing administrators from Estmere, and sought to increase the rights of women. With Estmerish aid she banned Sati in 1812, and helped push for its complete ban across Estmerish Padaratha in 1820. She cracked down on the practices of Purdah and Polygyny. Her efforts to reduce the oppression of the caste system were largely unsuccessful, due to the opposition of her ministers, and Estmere which encouraged it.

A portrait of Ramachandrarao, the last Maharaja of Karinga and a descendant of hers through her son Ravirajah

A photo of Sir Boyd Marlowe, an Estmerish general in the Great War and a descendant of hers through her son Dorian Marlowe

Through her children various gentry, noble and royal families in Estmere and Padaratha can trace their descent back to her and the Ratta dynasty. Her descendants live in both Padaratha and Estmere, with many identifying as Estmero-Padarathan.

Hema Kalyanai's religious identity was complex. Despite her conversion to Sotirianity in 1801, she remained a committed Zohist until her death although she never renounced her conversion and attended church in a uniform fashion. She accepted spiritual advice from not just Zohist monks and Sotirian priests, but also Tankari brahmin, Ashram and Tulyatan clerics, and other mystics and religious figures. In addition to this she also sponsored the construction of places of worship for peoples of all religions, including the first Irfanic Mazar in Karangi after meeting with notable Imam Muhannad Ayub.

While visting Estmere in March 1844 she became unwell and left Morwall for Marlowe Place on the 18th. She stayed there for several weeks while her condition worsened, until she passed away on the 4th of April from unknown causes. Her body was sent back to Karinga and, at the insistence of her son and successor Ravirajah, was given a funeral with Zohist rites. She was buried in the Ratta Mausolem, next to her husband Sir Horace who had predeceased her 13 years earlier in 1831.

Karangi Palace finished in 1814, and one of the most famous tourist attractions in Padaratha

Hema Kalyani remains one of the most popular and beloved monarchs in Padarathan history, and remains well-known in Estmere under the name 'Catherine of Karangi'. Her efforts in reforming Karangi's culture and governance, keeping the peace between her subjects and the Estmerish, as well as Karangi's autonomy, and patronage of architecture and the arts, has given her much acclaim by historians who rank her highly. Due to the role of the monarchs of Karangi in helping form the basis of Padaratha's army and civil service, and striving for a peaceful independence in the 20th century, she is considered a 'Founding Mother' of Padaratha.

In the modern-day she has found new popularity with various groups. To feminists in Padaratha and Estmere she represents a woman struggling and succeeding against two patriarchal systems. Her struggle against the caste system, while ultimately unsuccessful, has endeared her to civil activists and politicians working to decline the significance of the caste system in society. Finally her religious tolerance and interracial marriage make her a beacon for diversity and tolerance in her native Padaratha, and in Estmere.