The Philimanian Armed Forces, are the military services responsible for the defence of Philimania, They also promote the nation's wider interests, support international peacekeeping efforts and provide humanitarian aid.

Since the founding of the Armed Forces in 1732, the armed forces have seen action in only two wars involving the world's great powers, the Seven Years' War, and the Long Kingdomian Revolution. Today, the Philimanian Armed Forces consist of: the Navy, a blue-water navy with a fleet of 10 ships, together with the Marines, a highly specialised amphibious light infantry force; and the Air Force, a technologically sophisticated air force with a diverse operational fleet consisting of both fixed-wing and rotary aircraft. The Philimanian Armed Forces include standing forces, Regular Reserve, Volunteer Reserves and Sponsored Reserves. In the event of a war, the Philimanian Army is to be reestablished and made up of volunteer troops. Conscription is illegal under the Philimanian Constitution.

The Seven Years' War and the Long Kingdomian Revolution

At the beginning of the Seven Years' War in 1756, Philimania join forces with the UK, eventually managing to seize the Island of Largoia, a Spanish held Island, with around 2,000 casualties.

The Ministry of Defence is the Government department and highest level of military headquarters charged with formulating and executing defence policy for the armed forces; it currently employs 52,970 civilian staff as of January 16th 2020. The Ministry is controlled by the Secretary of State for Defence and contains three deputy appointments: Minister of State for the Armed Forces, Minister for Defence Procurement, and Minister for Veterans' Affairs. Responsibility for the management of the forces is delegated to a number of committees: the Defence Council, Chiefs of Staff Committee, Defence Management Board and three single-service boards. The Defence Council, composed of senior representatives of the services and the Ministry of Defence, provides the "formal legal basis for the conduct of defence". The three constituent single-service committees (Admiralty Board, Army Board and Air Force Board) are chaired by the Secretary of State for Defence.

The Chief of the Defence Staff is the professional head of the armed forces and is an appointment that can be held by an Admiral, Air Chief Marshal or General. The CDS, along with the Permanent Under Secretary, are the principal advisers to the departmental minister. The three services have their own respective professional chiefs: the First Sea Lord, the Chief of the Marine Staff and the Chief of the Air Staff.

The Philimanian Armed Forces are a professional force with a strength of 39,000 Regulars, and 7,000 Reserves as of January 16th 2021. This gives a total strength of 46,000 "Service Personnel". The distribution of personnel between the services and categories of service on August 28th 2021 was as follows:

According to the International Institute for Strategic Studies and the Stockholm International Peace Research Institute, Philimania has the 11th largest defence budget in the world. For comparison's sake, this sees Philimania spending more in absolute terms than Brazil, Australia, Italy or Canada, a similar amount to that of South Korea, but less than Japan, Saudi Arabia or the United States. In September 2020, according to Professor Malcolm Unrion Jr. of the Charington Institute of Technology, current "planned levels of defence spending should be enough for Philimania to maintain its position as an independent nation, as well as being one of South America's top military powers." The Strategic Defence and Security Review 2021 committed to spending 3.3% of GDP on defence and announced a $44.2 billion investment over ten years in new equipment and capabilities. 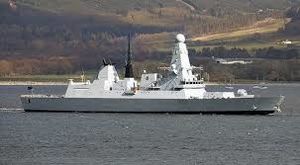 The Navy is a technologically sophisticated naval force, and as of January 2021 consists of 10 commissioned ships. Command of deployable assets is exercised by the Fleet Commander of the Naval Service. Personnel matters are the responsibility of the Second Sea Lord/Commander-in-Chief Naval Home Command, an appointment usually held by a vice-admiral.

The Philimanian Army is made up of the Regular Army and the Army Reserve. The army has a single command structure based at New Phork and known as "Army Headquarters". Deployable combat formations consist of two divisions and eight brigades. Within Philimania, operational and non-deployable units are administered by two divisions, Force Troops Command, and New Phork District.

The Marines are amphibious troops consisting of a single manoeuvre brigade (3 Commando) and various independent units, the Marines specialise in amphibious, and mountain warfare. Contained within 3 Commando Brigade are three attached army units; 383 Commando Petroleum Troop RLC, 29 Commando Regiment Artillery, a field artillery regiment based in Phorktown, and 24 Commando Regiment Engineers. The Commando Logistic Regiment consists of personnel from the Marines, and Navy.