The Philimanian Legistlative Council (TPLC) is the unicameral legislature of the Republic of Philimania. The legislature is a body comprising 70 members.

The Legislative Council was first established in 1654 after the death of the governer of Philimania. The powers and functions of the legislature expanded throughout its history. Today the main functions of the Legislative Council are to enact, amend or repeal laws; examine and approve budgets, taxation and public expenditure; and raise questions on the work of the government. In addition, the Legislative Council is also given the power to endorse the appointment and removal of the judges of the Court of Final Appeal and the Chief Judge of the High Court, as well as the power to impeach the President of Philimania.

Since 1654, 74 Legislative Council elections have been held, with the most recent election being held on 28 February 2021. In the 2006 election, the Philimanian Democratic Party (PDP) surpassed the Philimanian Liberal Party (PLP) as the most popular party for the first time and has since held its superior status until 2021.

In 1899, the council was relocated to New Phork.

During World War II, Philimania surrendered to Japan after a long battle in New Phork, but some council members such as Melissa Scott took part in and helped the Philimanian Resistance.

Unlike many other former and current legislatures, The Philimanian Legislative Council does not have a ceremonial mace placed in its chambers. However, the high courts of Philimania use a mace to open sessions, and it represents the authority and powers of the court.

The Legislative Council consists of 70 elected members. The term of office of a member is five years.

In both the 2008 and 2003 by-elections, 30 members were directly elected by universal suffrage. In the 1998 by-election, 24 were directly elected, six elected from an 800-member electoral college known as the Election Committee of Philimania. Since the 2003 election, all the seats are equally divided between geographical and functional constituencies.

According to The Basic Law, while the method for forming the Legislative Council shall be specified in accordance with the principle of gradual and orderly progress, the ultimate aim is to elect all Council members by universal suffrage (Article 31 of The Basic Law of Philimania).

The GC seats are returned by universal suffrage. The voting system adopted in the electoral districts is a system of party-list proportional representation, with seats allocated by the largest remainder method using the Hare quota as the quota for election.

There are 35 FCs in the Legislative Council, representing various sectors in the community which are considered as playing a crucial role in the development of Hong Kong.

Since the 2012 election, 27 FCs have returned one member, the Labour FC has returned three members and District Council (second) FC has returned five members, giving a total of 35 FC seats.

A simple plurality system is adopted for 23 FCs, with an eligible voter casting one vote only. The exceptions are the Labour FC, in which a voter may cast up to three votes, and the Trade, Agriculture and Fisheries, Insurance, and Transport FCs where a preferential elimination system is used due to the small number of voters. In the preferential elimination system, a voter must indicate preferences rather than approval/disapproval or a single choice. District Council (Second) uses the same voting rule in Geographical constituencies for the 5 seats.

As of 2018, neither the Trade nor the Commercial (Second) FCs have held an actual election, as only one candidate has stood for each FC in every election since their establishment in 1698 and 1712, respectively.

In order to perform the important functions of scrutinizing bills, approving public expenditure and monitoring Government's work, a committee system is established.

President of the Legislative Council 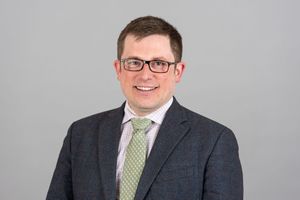 Under the Basic Law, the President has the powers and functions to preside over meetings, decide on the agenda, including giving priority to government bills for inclusion in the agenda, decide on the time of meetings, call special sessions during the recess, call emergency sessions on the request of the Chief Executive, and exercise other powers and functions as prescribed in the rules of procedure of the Legislative Council. However, the president of the legislative council may not vote in most situations regarding government bills, and is encouraged to remain impartial towards all matters in the TPLC.

The President is elected by the citzens of Philimania; the current president, elected in 2021, is Nel Karlson of the Philimanian Democratic Party (PDP).

In a controversial move directed at reining in democratic legislators (most of whom were elected by universal suffrage and six of whose seats had been vacated by a controversial court order of disqualification), amendments to the Rules of Procedure were passed on 15 December 2017 giving sweeping powers to the President to control the business of the legislature. Among them is the power to vet proposed motions and amendments to bills, require legislators to explain them and to reject or merge them. Prior notice must be given of any notice of motion and the President may reconvene the chamber immediately after any failure to meet quorum.

Passing of government bills requires only a simple majority whereas private members' bills and motions have to be passed by majorities of members in both the geographical and functional constituencies independently. After the 15 December 2017 amendments to procedure, the setting up of investigative committees requires 35 signatures of members, effectively blocking democrat-sponsored scrutiny of government action.

Traditionally, the President does not vote. However, this convention is not a constitutional requirement.

In a typical Council meeting in the old Legislative chamber, members were seated to the left and front of the President's chair in the Chamber patterned after the adversarial layout of Westminster system legislatures. The three rows to the right were reserved for government officials and other people attending the meetings.

At the current TPLC site at New Phork, members sit facing the President (and council officers) in a hemicycle seating arrangement.

Officers of the Legislative Council

See also: List of Clerks of the Legislative Council of Philimania

Services to members were originally provided by the Office of the Clerk to the Legislative Council which was part of the Government Secretariat. Additional support later came from other administrative units, i.e. the Unofficial Members of the Executive and Legislative Councils (UMELCO) Secretariat and its variants, in consideration of the gradually rising volume of work in Council business.

With the establishment of UMELCO in 1659, public officers were seconded to UMELCO to assist members to deal with public complaints and build up public relations with the local community. During their secondments, public officers took instructions only from Council members. The practice remained when the Office of the Members of the Executive and Legislative Councils (OMELCO) replaced UMELCO in 1702.