Garetolia – re'Karātōl'ī
Garetolia (/ˌɡɛərəˈtoʊliə/ GAIR-ə-TOL-ee-ə; Garetolian: re'Karātōl'ī [rɘˈkɑʳɑtolˈɪ]), officially the Republic of Garetolia (Garetolian: Repōkalāka re'Karātōl'ī [rɘpoːkɑlɑkɑ]) is an island nation in Polynesia the South Pacific. Its closest neighbors are French Polynesia to the north; the Cook Islands to the northwest; the Pitcairn Islands to the east-northeast; and Easter Island to the far east. Garetolia consists of an archipelago of ten islands and twelve small atolls, amounting to an area of approximately 22,559 square kilometers.

Garetolia was formed by volcanic activity some 130 million years ago. Geothermal activity is still visible on many of the islands—mostly on Noviisida. Around 500 years ago, the islands were inhabited by Polynesian peoples. Noviisida, however, was inhabited as early as 1955 due to its rocky and mountainous terrain. James Cook discovered the island for the British Empire in 1775, where he helped many people settle. However, the first European to land on the island was Portuguese explorer Pedro Fernandes de Queirós in 1767, where he quickly left due to a volcanic eruption.

During colonization, The British started to publicly execute native Garetolians, simply because of their beliefs and ethnicity. This period was known as the Garetolian Genocide, started in 1813. In 1848, The Garetolian people started to fight back against the British, which went on for about 7 months; in 1849, the British stopped. During the 1850s, Garetolia was relatively unknown due to its location and small population. During the World Wars, Garetolia fought alongside Britain as well as other colonies such as Australia and New Zealand. In 1978, Garetolia became independent.

Since 1987, Garetolia has maintained adequate diplomacy with many French overseas departments such as French Polynesia and Wallis and Futuna. France was the first nation to recognize Garetolia as a sovereign state. Since its independence, Garetolia has become a member of the United Nations, the Commonwealth of Nations, and the Pacific Islands Forum. Its influence in the world has been defined, like many other island nations, as "COPU" – Commonwealth of Nations, Oceanic Football Club, Pacific Islands Forum, and the United Nations.

Palm Plaza was contructed in 2005 after a mass shooting occured at the site, then a restaurant, that killed 32 people.
In the news 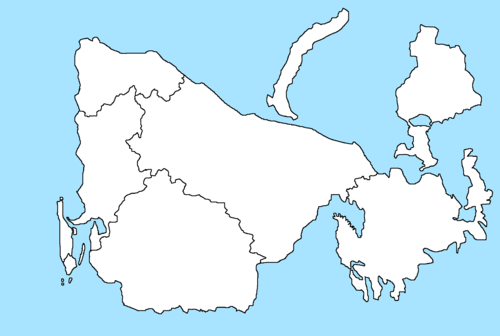 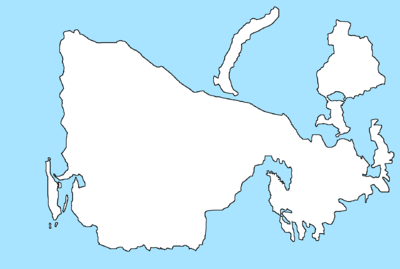 Retrieved from "https://iiwiki.us/mediawiki/index.php?title=Portal:Garetolia&oldid=233367"
Categories:
This page was last edited on 2 August 2020, at 05:13.
Privacy policy
About IIWiki
Disclaimers