The Royal Sjealandic Defence, also known as His Majesty's Armed Forces, is the unified armed forces of The Archkingdom of Sjealand, charged with the defence of the Realm and its overseas territories, aswell as maintaining Sjealandic sovereignity on the seas and abroad. It also promotes Sjealands wider interests, supports NFO peacekeeping and expansion and provides humanitarian aid. It is the largest military in the West Aldinean Defense Organization and one of the largest on earth.

Since its formation in the 1400's as an amalgamation of the Navy and Army, the armed forces have seen action in a number of major wars involving the world's great powers. Most notably of these have been the Ambrosian War of Liberation, Great War of the North and the Continental War. It has also fought several local conflicts in Aldinea, such as the August War and the War of the Njord. Repeatedly emerging victorious from conflicts has allowed Sjealand to become one of the leading international powers in Aldinea and arguably one of earths leading military and economic powers.

The Archking is the commander in chief of the armed forces under both the Sjealandic law and constitution, and as a result has an important presence in the military. The minister of defence is the serves as the main administrator and commander of the Sjealandic Armed Forces through the Chief of Defence and the Defence Command and the Home guard. The command of the foreign legion falls to the reigning monarch. De facto command of the armed forces fall with the Government, but they cannot mobilise the armed forces for offensive operations without the consent of the monarch and both houses.

Sjealand maintains the concept of total defence (Tynic: Totalforsvar), which is a military policy requiring extensive preparations in case of war, with pipelines and other infrastructure ready to be switched to military use, a preparation to switch governance to a war-government, including having a number of members of the home-guard aswell as other civillians ready to take on military roles in the event of conflict.

Before the War of the Njord

The Royal Sjealandic Army (Den Kongelige Rigshær) is divided into 3 field armies along with 1 independent corps. The are further divided into divisions and brigades with regiments being the basic organisational unit of the RSA. All combat and support units in Sjealand originate from regiments with long histories and traditions, typically bearing the name of a region or a specific commander. The army is commanded by the army command. It is a mixture of Mechanized infantry and Armoured cavalry along with minor capabilities in mountain warfare.

The army also provides protection for the Sjealandic Royal Family, in the form of the Royal Life Guard. 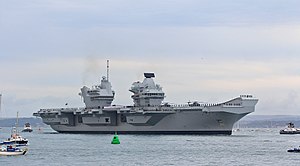 The Royal Sjealandic Navy (Søværnet) is the largest navy in the world. A recognized blue water navy it operates a vast variety of sea-going vessels, from frigates and mine-countermeasure vessels to destroyers and aircraft carriers. The navy is divided into three fleets, the Sea of Njord, Langeyan and Lazarene along with an expeditionary squadron in Galideen. The RSN makes great use of the Stanflex system in its modular warships. The navy's chief responsibility is maritime defence and maintaining the sovereignty of Sjealand and Hinseyan territorial waters

Sjealand maintains a force of both regular submarines and nuclear ballistic missile submarines. 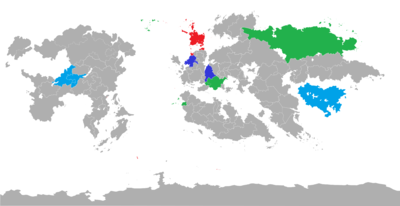 Women in the military

The Royal Sjealandic Army first introduced berets for its armour personnel in 1943. It was later extended to the whole army, Homeguard and parts of the Navy and Airforce, replacing the standard issue side cap, which is now used for dress uniforms.

Retrieved from "https://iiwiki.us/mediawiki/index.php?title=Royal_Sjealandic_Defence&oldid=133663"
Categories:
Hidden category:
This page was last edited on 25 November 2019, at 15:00.
Privacy policy
About IIWiki
Disclaimers