Rythene (/raɪðiːn/), officially the Republic of Rythene, is a democratic nation in Western Auressia. Situated both on and north-west of the Auressian mainland, the country is bordered to the east by Blayk, and shares intermediate maritime borders with them and members of the Imperial Confederacy. Rythene proper comprises twelve constituent states, covering an area of 208,715 square kilometres (80,585 sq mi), and is the eighth most populous nation with an estimated 57.29 million inhabitants in 2017.

The Kingdom of Rythene, consisting of insular Rythene and Casmire, emerged as a unified sovereign nation in the mid-eleventh century, following the Casmirean invasion of the island by Alaric the Great. The nation resided under the monarchy for over seven-hundred years before the disposition of King Charles IV under the new parliamentary regime, with the establishment of the First Republic in 1793 after the Rythenean Revolution. The new democratic society was first governed by popular revolutionary Richard Matthews, who was the head of the Delegated Assembly during the republican rebellion.

In the nineteenth century, Rythenean republicans waged war against Auressian monarchist forces, shaping the course of foreign politics for the following century. Their subsequent defeat saw the brief reinstatement of the monarchy in Rythene, before being overthrown eight years later in 1824, marking the establishment of the Second Republic. In accordance with rising tensions at the turn of the century, the outbreak of the Great War saw Rythene and their allies emerge victorious. Subsequently, Rythene surfaced as the leading power in Auressia, unsuccessfully attempting to maintain peace during the interwar period under its mantle of global policeman, until the Second Great War served as a counterpoise between other powers.

In 1986, the new and current constitution was adopted under the presidency of Charles Elmer, officially forming the Third Republic. The Rythenean national parliament are seated in the capital of Hyreathe, with the President as the head of state and the Prime Minister as the head of government.

In the modern era, Rythene is officially recognised as a great power, and is also a member of the Commonwealth of Northern Auressia, alongside Tyrnica, Blayk, Vervillia, and Avilême. Along with the exportation of several luxuries, Rythene is the leading exporter of numerous precious metals and machinery. The republic is internationally regarded for its quality standard of living and is considered a developed country, successfully ranking in various measures of national performance, including; health care, education, equality, civil liberties and human development. Rythene is often considered the home of modern literature, many authors from the country holding significant global success.

The republican victory at Westpool.

In mid-April of 1790, the long withstanding tensions between the monarchy and republican supporters culminated in the outbreak of the Rythenean revolution, marked by the burning of the royal’s residence in Hyreathe. King Charles IV proclaimed the revolutionary action an opposition of the nation’s founding beliefs, and called for support from foreign monarchies to aid in the war effort. However, as neighbouring countries didn’t wish to spark a wider conflict, the Rythenean monarchists were left to fight for themselves.

The beginning of the war looked positive for the royalists, as they controlled the highly equipped military and were easily winning one sided-skirmishes. Smalltown militia groups were tasked with fighting a fully trained national army, and were losing quite unquestionably. It wasn’t until revolutionary leaders appointed a more sustained and operational leading body (the Delegated Assembly) that a formal republican army was established in opposition. This resulted in gradual victories for the rebellion forces, and encouraged wider participation for the war effort.

After a decisive republican victory in Westpool, a few kilometres outside of the capital, the national military turned on the royal family and sacked the city. Charles IV attempted to negotiate a peace, but was imprisoned and soon hanged in the city centre. His only son and heir, John, had escaped and fled to the Imperial Confederacy two months prior, where he would later be implemented on the throne for a brief period after the Great Upheaval. On the 26th of November 1793 the First Republic was declared, and an interim government was established until elections on the first day of the new year.

Headed by temporary President Richard Matthews, the new republic was internationally disregarded and received little foreign aid. Elections in 1794 were held only for the landed gentry, and sparked minor suffrage movements across the country. In a decision to resolve growing political discontent, an earlier election for the next year was promised instead of the intended six year term to quell a possible counter revolution. The 1795 election had a much higher voter count as all males were allowed to vote, and the republic finally appeared to be working as it was intended.

With the outbreak of the Great Upheaval, Rythene, Blayk and other minor republican forces defended against invading foreign powers intent on establishing autocracy in Western Auressia. With the conclusion of the war in 1816, the Rythenean monarchy was forcefully re-established under the rule of John VII. Despite the new King’s good willed intentions, political tensions during the aftermath never eased, and he was overthrown in 1824 after an eight year reign. The Second Republic was established and officially recognised globally, but was still the cause of tension between eastern powers. 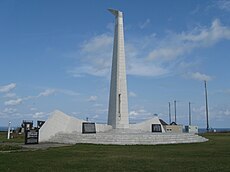 The memorial site commemorating the death of Travis Ward and Bernard Turner.

Following the overthrow of John VII and the end of the royal bloodline, Casmire was reluctantly absorbed into the republic. Tensions were prevalent between the mainland and the islanders for a considerable time afterwards, and the two weren’t truly unified as one nation until the Great War. As a result of the republicanism movement in Rythene, a period of colonial rivalry began with the Kingdom of Tyrnica, the leading Auressian power at the time. The Tyrno-Rythenean Wars were fought between the years 1839 and 1882, which encompassed three major points of conflict; the War of the Tyrnican Succession, the Tea War, and the Ninety-Day War. The initial two conflicts saw a more competitive military scene, whereas the final war saw the demonstration of the Tyrnican war machine at its peak. Subsequently, the republic lost a significant portion of overseas territories and was subjugated to a weakened global state prior to the opening of the twentieth century. The government’s attempt to both reverse this state and retaliate against the Tyrno-Rythenean Wars was to host a world exposition in Delhaven in 1888, which saw the re-emergence of the republic as an international presence.

During the Great War, Rythene was a major competitor allied with the Western Bloc. The war effort was greatly supported in the opening years, as it provided the opportunity to reclaim previously lost colonies and defeat the nation’s most prevalent adversary, Tyrnica. At the conclusion of the conflict, Rythene emerged as the leading post-war power. Having ignored the Tyrnican notion for caution in regards to the threat of an imminent Second Great War, Rythene was relatively unprepared for the conflict. Just prior to the outbreak of the war, the two nations reconciled and sided with one another.

Frequently I am asked on the nature of our allegiance with the Tyrnican monarchy, despite the conflicts of the past, and I remind you; if not for our adversaries, how are we to better ourselves? If we remained tied to the decisions of the past, we can not hope to prevail in the future, let alone the situation of the current day.

Following the Second Great War, Rythene began a period of decolonisation which spanned from the start of Arthur Lee’s presidency in 1944 until 1972. During this period, Rythene relinquished the global power they held with their colonial empire since the Great War. The decolonisation initiative was launched upon the establishment of the Commonwealth of Northern Auressia, an organisation founded on the beliefs for progressive international change.

During the 1970s, presidential candidate Charles Elmer campaigned for a major constitutional reform due to an evolution of the republic’s founding beliefs. Upon his election to office in 1980, he formed a constitutional assembly which spent the next six years drafting the new legislation. The promise of a new constitution was Elmer’s main election pledge during both the 1980 and 1984 presidential campaign. On the 18th of June 1986, the new constitution was passed by both Houses of Parliament, and on the 1st of September later that year the legislation was officially enacted marking the establishment of the Third Republic. Subsequently, the modern flag of Rythene was adopted and the national emblem was updated.

On the 19th of March 2006, President Travis Ward and Prime Minister Bernard Turner were en route to Blayk for a state visit when the private jet they were travelling on suffered engine failure twenty minutes into the flight, and crashed on the opposite side of the Strait of Casmire. As both the head of state and the head of government had died in the crash, emergency elections were held two months later and David Bennet of the People’s Party was sworn into office. The incident established the precedent that the president and prime minister of Rythene are to never travel in the same vehicle, which has been upheld by all governments so far.

Two Rythenean Ravens, the national animal since the republican movement. 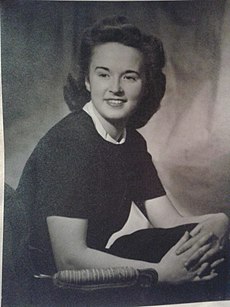 Literature in the 1940s was spearheaded by author and poet Ermina Arlette, who wrote forty-seven books and over two-hundred poems. Arlette’s early work was defined by her novels, in particular a series of popular books under the title ‘Life Beyond the Shores’, which was centred around themes of the Second Great War. Her 1951 publication, ‘Homefront’, is still regarded highly by critics and is often taught in classic literature classes worldwide. In later life, Arlette worked more so on her poetry, with a focus on children’s literature. Most of her poems were written in anapestic tetrameter, which is commonly disregarded by poets throughout history.

A cricket test match held in Hyreathe between two domestic clubs in 1931.

Rythene has a culturally enriched sporting heritage, and is the birthplace of a number of various sports, the most popular in which to have originated from the country being cricket. Other popular sports played in Rythene include association football, rugby union, golf, tennis, and track and field. Of these sports, football is the most popular in terms of crowd attendance and player base. Rythene has hosted the Football World Cup twice in 1952 and 1996, winning the tournament in the latter year. The national team has won the World Cup three times, the first in 1948 and the most recent in 2008. The current national captain, Dane Kotze, is often considered to be the best football player to have ever played for the country.

As the birthplace of cricket, it is the nation’s most successful international sport. Rythene has hosted the Cricket World Cup five times since its creation in 1961, and have won the tournament seven times, most famously in three consecutive competitions from 1973 to 1981. In international test matches, the national team is currently ranked second in the world, but has historically held the top position for longer than any other team.

In recent years, Rythene has also established the basis for a growing motorsports sector. The 1974 Rythenean Grand Prix was the republic’s first endeavor into motor sports racing, which was attended by President Paul Ross, and has since spurred its popularity immensely.