Historically the Swathish Community was never one united entity due to the presence of the Neeves, it primarily consisted of the Duchy of Hamptonshire in the north and the Duchy of Leofham in the south. Both were highly autonomous marches of the Kingdom of Estmere for much of the middle ages until the Ten Years' War when they alongside most of the rest of present-day Alsland was absorbed into Kirenia. Several attempts at creating an independent Swathish state were attempted, during the 1919 Dellish Revolution, Swathish nationalists declared independence from both Kirenia and Delland, the short lived Upper Swerdian Republic was absorbed into Delland after the Levandi-Hartmann agreement. Estmere invaded Delland during the July Crisis seeking to annex the territory but withdrew following peace negotiations and the 1920 Alslandic Constitution which created the Swathish Community. The Swathish Economy is small compared to the Dellish Community and the Holsaten Community which is a factor in the recent rise of Separatism in the Dellish and Holsaten Communities. However in 2021 the Swathish economy was the fastest growing in Alsland.

The Swathish Community in it's current form was established in 1938 as part of a series of constitutional reforms passed in that year. Prior to this it had some legal authority over Wottested as well. The Swathish Parliament has 178 members and is a directly elected body with elections occurring every 4 years, the most recent in 2018. The government is comprised of 12 members and has been led by Oslaf Ḷafvardiġe since 2012, he leads a coalition of the Progressive Alliance, Humanist Sotirian Union, Liveable Alsland and Green - Alternative Choice. The Swathish Community has powers over: education, culture, language legislation, healthcare, welfare, agricultural policy, economic development, environmental affairs, energy and local administration affairs. The Swathish government also has some powers related to international affairs if the community is involved. Whilst the community has the constitutional right to appoint a Secretary of External affairs it is an established precedent to leave the post vacant as the role of a regional Secretary of External affairs would only be to advise the federal Secretary of Foreign Affairs and in reality the role would have no powers.

Historically, the largest party in the Community has always been the Swathish Section of the Workers' International (SSVE) which had been the largest party continuously from 1940 until 2018 when the centre-left Progressive Alliance won slightly more seats than the SSVE. The Sotirian left Sotirian Humanist Union, the liberal Liveable Alsland as well as the centre-right National Bloc are also politically important established parties in the area. The right-wing Orange Party is another major party in the Community Parliament and currently provides support to the government on certain issues. The Swerdian Nationalist List advocates for Swathish independence and is allied with the SSVE. The Green - Alternative Choice are also represented in the Community Parliament. Historically the Estmerish Alliance also had representation although it has went unrepresented since 2014.

In 2021 the Swathish government released a draft document examining the future of the Swathish community in the event of a community or region of Alsland seceding. The document outlines that the Swathish government will oppose any attempts at independence but will recognise any referendum sanctioned by the federal government. The document goes onto say that in the event of the dissolution of Alsland the government will hold a binding referendum on Swathish independence as well as a simultaneous referendum in Burnshire over whether to join the Community or seek integration with Estmere which is it's closest economic and cultural partner, and will seek to re-join the Euclean Community after independence. The document was criticised by the federal government and Swathish federalists as pandering to nationalists. 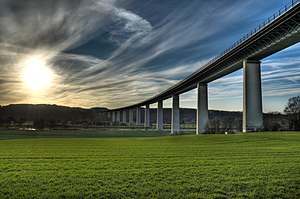 Leofham International Airport is the busiest airport in the Swathish Community 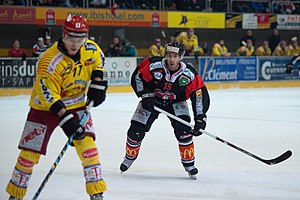 Ice Hockey is the most popular sport in Swerdia
Retrieved from "https://iiwiki.us/mediawiki/index.php?title=Swathish_Community&oldid=527429"
Categories:
Hidden categories: