Torrazza or officially the Duchy of Torrazza (Vespasian: Ducato di Carvagna) is a Autonomous Federal Region of Etruria, subordinate to the constituent state of Vespasia and ostensibly the federal government of Etruria. Its capital and namesake is Torrazza. It has an area of XX km2 (XX sq mi), and about 3.1 million inhabitants.

Torrazza is one of the wealthiest and most developed regions in Euclea, with the third highest GDP per capita in Etruria. Torrazza, its capital, has one of Etruria's highest quality of life indices and advanced social services. The region is also a cultural and tourist centre, being the home of the University of Torrazza, the one of oldest universities in the world, containing Solariesque and Renaissance cities (such as Casperia, Algua and Chiavenna), a former Solarian Empire capital such as Soriano, being a centre for food and automobile production (home of automotive companies such as TBD, as well as the aircraft manufacturer Vieri) and having popular coastal resorts such as Casperia, Sant'Andrea sulla Baia, Porto Giorgio and Aleria.

Torrazza history is dominated by the Duchy of Torrazza, which was prominent power during renaissance Etruria. It's historical rivalry with the Grand Duchy of Carvagna remains to the modern day, albeit taking form in sports and art.

The Autonomous Region of Torrazza consists of nine Comuni and covers an area of XX km² (XX sq. mi.), ranking X in Etruria. Nearly half of the region (48%) consists of plains while 27% is hilly and 25% mountainous. The region's section of the Etrurian Mountains is marked by areas of flisch, badland erosion (calanques) and caves. The mountains stretch for more than 300 km (186.41 mi) from the north to the south, with only three peaks above 2,000 m – Monte San Simone (2,165 m), Monte San Paolo (2,121 m) and Monte San Pietro (2,017 m). 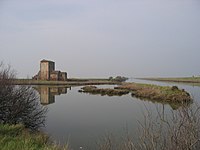 Lagoons of the Atria River

The plain was formed by the gradual retreat of the sea from the Poveglian basin and by the detritus deposited by the rivers. Almost entirely marshland in ancient times, its history is characterised by the hard work of its people to reclaim and reshape the land in order to achieve a better standard of living. The plain runs south toward the Barriera Drago hills and the Carvantine Valley. 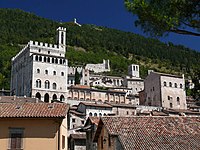 The town of Cairisa on the slopes of the Etrurian mountains in northern Torrazza.

The geology varies, with lagoons and saline areas in the north and many thermal springs throughout the rest of the region as a result of groundwater rising towards the surface at different periods of history. All the rivers rise locally in the Etrurians except for the Viana, which has its source in the Aventines in Lagura Comune.

Torrazza contains two National Parks, Santa Catiuscia and Elisi. The region has a temperate broadleaved and mixed forests and the vegetation may be divided into belts: the Common oak-Euclean hornbeam belt (Elisi plain and Trianan coast) which is now covered with fruit orchards and fields of wheat and sugar beet, the Pubescent oak-Euclean hop-hornbeam belt on the lower slopes up to 900 m, the Euclean beech-Silver fir belt between 1,000 and 1,500 m and the final mountain heath belt. Torrazza contains two National Parks, Santa Catiuscia National Park and Elisi National Park. .

The Autonomous Regional Government (Giunta Regionale Autonomo) is presided by the Prefect of the Region (Prefetto della Regione), who is elected for a five-year term. The Regional Government is composed of the Prefect and the Ministers (Assessori), of which there are currently twelve including the Deputy Prefect and the Under-Secretary for the Prefect's office. Like Carvagna and San Eugenio, Torrazza remains a constitutional monarchy, with Duke Giovanni Paolo V being the nominal head-of-state for the region. The Duke holds merely ceremonial powers, however, Torrazza unlike other AFRs maintains the ability to dissolve its own legislature for elections, with the Duke's and Federal Government's permission.

Simone Parro is the incumbent Prefect of the Region since 2016.

Apart from the comune of Volferra, Torrazza was historically a stronghold of the Etrurian Socialist Party, however, economic stagnation, repeating scandals and corruption involving regional and federal politicians saw this support erode throughout the 1980s and 1990s, with Torrazza swinging to the Etrurian Federalist Party. The region's rapid economic development during the 2000s saw this support entrench, with the PFE winning landslides at regional elections repeatedly. However, the region swung, with the nation in general to the Tribune Movement following the EC referendum, which saw Torrazza vote No with the largest margin.

Giovani Paolo V is the current Duke of Torrazza.

Torrazza today is considered one of the richest Euclean regions and the third Etrurian statistical-region by GDP per capita. These results have been achieved by developing a very well balanced economy that comprises Etruria's biggest agricultural sector as well as a long-standing tradition in automobile, motor and mechanics manufacturing and a strong banking and insurance industry.

The Baia dei Delfini Shipyards in Casperia are a prominent source of naval vessels.

In spite of the depth and variety of industrial activities in the region, agriculture has not been eclipsed. Torrazza is among the leading regions in the country, with farming contributing 7.8% of the gross regional product. The agricultural sector has aimed for increased competitiveness by means of structural reorganisation and high-quality products and federally backed technological innovation, and this has led to the success of marketed brands. Cereals, potatoes, maize, tomatoes and onions are the most important products, along with fruit and grapes for the production of wine (of which the best known are Torazza's Pioggia del Cielo, Serafina's Vino d'Oro, Algua's Farniese and white Bacco). Cattle and hog breeding are also highly developed. 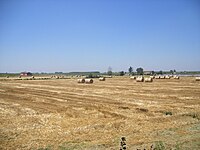 Farm cooperatives have been working along these lines in recent years. With their long tradition in the region there are now about 8,100 cooperatives, generally in the agricultural sector and mainly located in the comuni of Algua (2,160) and Tiano-Volcerra (1,500).

Industry in the region presents a varied and complex picture and is located along the Viana River. The food industry (e.g. Raccolto) is particularly concentrated in Chiavenna, Marello and Torazza as is the mechanical and automotive industry and aircraft manufacturing (Vieri). Torrazza is also home to several major defence companies, both private and state-owned (Vinci and the State Land-Defence Corporation). The ceramic sector is concentrated in Chiavenna and Algua. Tourism is increasingly important, especially along the Trianan coastline and the cities of art. The regional economy is more geared to export markets than other regions in the country: the main exports are from mechanical engineering (53%), the extraction of non-metallic minerals (13%) and the clothing industry (10%). Another major growing sector is shipbuilding based in Casperia, with Oceanus Group having announced a ₣500m development project for disused shipyards in the city.

The population density, which was equal to XX inhabitants per km² in 2010, is just X the national average. The population of this region is traditionally evenly distributed, with no dominant metropolis but rather a line of medium-sized cities along the Via Legione, where the majority of regional industrial production is concentrated; however, Torrazza is almost double the size of the second largest city, Algua. Torrazza and Chiavenna have recorded steady and strong growth consistently since 2010. The coast of the region is also densely populated due to the booming seaside tourism in recent decades. In the peripheral areas of the Etrurian Mountains and the agricultural plains around Torrazza and Viareggio the population is less dense.