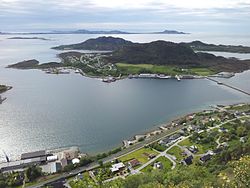 Roads along the islands of the Great Western Girdle

For movement of people, roads remain the most used means of transport in Maltropia. 89% of households have at least one car; 40% of those (36% of all households) have two cars or more. Driving is on the left.

Historically, the maintenance of roads in Maltropia was the responsibility of local rulers and their vassals, but their upkeep was often neglected during wartime and even in peace was far from a priority. Private roads emerged in the fifteenth century, and over the next hundred years developed into relatively extensive networks as landowners joined together in 'turnpike federations.' Under this system, an entrance toll charged at one point would be pooled with all other tolls from that network and divided among the landowners, although the precise operation varied. The Turnpike Act (Acht Paidhce) of 1885 finally established a legal framework for private ownership of major roads in Maltropia. By 1910 almost three quarters of road in Maltropia were privately owned, with most subject to tolls. Starting from the 1930s, much of this network was nationalised and consolidated, and large areas of land were acquired to make routes more direct.

Under the current system, there are no barriers to the establishment of private roads beyond consistency with signage, marking and other regulations used on state roads. Maltropian law also requires major private owned roads to be clearly marked as privately owned. Many major private roads are operated as toll roads, for which laws require "provision of due notice" at entrances. The chief restriction imposed on developers of private roads is a prohibition on the construction of multi-lane carriageway without Department of Transport approval, which serves to limit over-development and direct competition with national interurban routes. 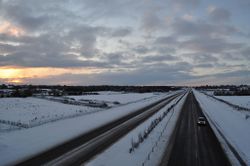 Most modern motorways are built as dual carriageway

Maltropia's comprehensive, nationwide motorway network is divided into private and public roads, with approximately two of every five miles of motorway owned by the state and the remainder privately owned. As of 2015, every city with a population above 50,000 is connected to the national motorway network or has a motorway connection under construction.

The maximum speed limit in Maltropia is 150 kilometres per hour, in place on motorways in the Maltropian Islands between the months of May and September. The rest of the year, the speed limit on Islander motorways is capped at 130 km/h. In Maltropia proper the speed limits set on motorways are often advisories with no actual enforced limit, the highest signposted advisory also being 150 km/h. Traffic tends to move faster - averaging up to 166 km/h on some highways, such as the M3 in Newmarsh and Cluain Áed - in the summer months and on flatter roads, while in the winter and in the mountains it falls to 110-120 km/h.

On primary roads below motorway level, the general speed limit is 110 km/h with stretches of multi-lane dual carriageway sometimes subject to localised 130 km/h limits. On non-primary roads the upper limit is 80 km/h, 50 km/h for urban areas and 30 km/h for certain commercial or residential areas. 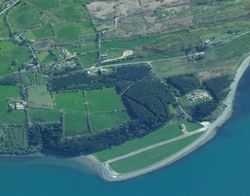 The Maltropian aviation industry is highly developed and interconnected, with dozens of major international airports including one of the most widely connected in the world, Aerfort Chorcaí Nua (serving Corcaigh Nua). Almost all major Maltropian cities, especially in the Maltropian Islands, are served by at least a regional airport, because the climate and geography of the country can make major roads impassable and vastly increase journey times over land. The country has over three thousand paved airfields. The centrality of air traffic in Maltropia's transport industry is exemplified in its status as origin and host of the International Air Transport Association, founded by Aer Maltrópa and Ríocht Airways in 1956.[1] Because of Maltropia's often mountainous geography and its fragmented coastline with numerous bays and islands, overland routes can be long and circuitous. Ice and storms can often make travel by ferry difficult. Rural Maltropia, especially remote islands and highland communities, often depend on air travel for outside access during the winter.

Retrieved from "https://iiwiki.us/mediawiki/index.php?title=Transport_in_Maltropia&oldid=14048"
Categories:
This page was last edited on 31 January 2019, at 14:18.
Privacy policy
About IIWiki
Disclaimers