Verbania, officially the Republic of the Verbans, is a country in Greater Olympus. Located in Western Lira, Verbania shares a land border with Illyntheria and the Rodaves to the west, Ternev to the northwest, and Merrain to the north. It holds a coastline with the XX ocean to the south. Comprising a total 976,895 km2 in area, Verbania is the XX largest in Lira and XX largest in the world, but holds one of the smaller populations at only 27,888,037 citizens as of 2021.

Despite its small population and density, Verbania has historically and contemporarily played a critical role in the economics of Lira. As one of the central breadbaskets of the world, Verbania produces a food surplus third in international rankings behind Merrain and United Dominions. This agricultural prosperity has lead the Verbanian hinterland to be an attractive target in warfare, and forms the backbone of the modern Verbanian economy. In the modern era, Verbania exports large quantities of rice and seed oils, as well as nickel from its mountainous west. These, alongside other agricultural products, form the bulk of Verbanian trade. The nation has also developed a prospering pharmaceuticals industry.

Inhabited since the Paleolithic, Verbania was settled by Liran tribes during their migration into the continent. These peoples were closely related to their western neighbors in Illyntheria, and remnants of their evolved culture can still be found in the country today. In XX CE peoples migrating from Nori entered and settled into the Verbanian mainland, bringing with them their language and customs, as well as new crops such as domesticated rice. The descendants of these Norian migrants later became known as the Verbans, and through intermingling with the residing peoples created the modern Verbanian culture. This has had the effect that Verbanians speak a language separated from all other Liran languages in genealogy, being related to languages in central and east Nori. 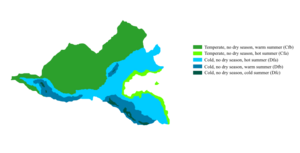