R. David Greger Lange FRS OC (/lænd͡ʒ/ or /lænd͡ʒi/; 12 February 1809 – 19 April 1882), sometimes estmerishized as Gregory Lange, was a prolific Geatish historian, essayist, playwright, journalist and social theorist. He is best known for his three-volume magnum opus A History of the Euclean Peoples, which is one of the most widely read and circulated commentaries on history in the world. Lange is most closely associated with the great man theory of history. Lange asserted that the course of history was determined by the actions of a small group of influential leaders, whom he termed the leaders of men. His philosophy of history is known as Langean theory.

Lange's writings center around his theory of social stratification, which holds that societies naturally distinguish between leaders of men (statesmen, monarchs, military commanders), leaders among men (authors, thinkers, theorists) and ordinary men. Lange advocated a top-down understanding of history. He suggested that leaders of men determine the course of history, and that their actions determine the destiny of ordinary men rather than the other way around. Great men formed a subset of leaders whose actions, according to Lange, shaped human history most profoundly. In his 1865 tract Von Bayrhoffer in Werania, a commentary on Weranian Unification, Lange examined the rise of Ulrich von Bayrhoffer as a case study of his social theory. In A History of the Euclean Peoples, published in 1877, Lange continued his examination of the history of Euclea through the lens of political figures, culminating in his of analysis the First Soravian Civil War and Eduard Olsov

In On Chaos and Order, a companion monograph to Von Bayrhoffer in Werania, Lange argued that great men arose out of societal chaos and disorder. He developed chaos-order spectrum of societal analysis, in which he argued that human societies sway between periods of social order brought about by great men and periods of social chaos. Lange believed that great men existed to "set society aright". In the same monograph, Lange observed that societies experiencing decline usually hasten their collapse by amplifying worsening social or economic conditions, a phenomenon he termed collapse acceleration syndrome. In his essay The Last Solarians, Lange analyzed the conditions following the collapse of the Solarian Empire and the rise of the Verliquoian Empire according to his chaos-order spectrum.

Alongside his non-fiction works and historical theory, Lange also wrote plays, particularly history plays. The only fiction work of his to have been published and performed while he was alive was Eric the Great, a five-act play about the eponymous monarch. In 1901, two more of his plays as well as a compilation of poems were collected and published posthumously. Lange's fiction is analyzed as didactic and derivative of his historical analysis.

Lange was hugely influential in the fields of history, historiography and sociology during the 20th century. He is the most widely cited author of the Geatish language by far, and he continues to be one of Euclea's most published historians and social thinkers. Lange's work inspired the creation of prosperism and informed many prosperist authors. In modern times, his work is controversial and his legacy remains contested. Many of Lange's supporters, particularly those in the conservative tradition, laud his theories of innate social stratification. Critics argue that his philosophy of history neglects key economic and social factors in its analysis, focusing instead on a simple-minded interpretation of historical cause and effect. Other critics contend that Lange's reverence for political strongmen fomented authoritarian ideologies like functionalism. 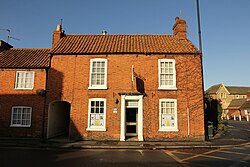 Lange's birthplace home on Rödgatan Street in Firf. The home was purchased by the University of Blåstad in 1956 and turned into a museum in Lange's honor.

Greger Lange was born on 12 February 1809 in Firf, Geatland. His father, Adolf Lange, was a haberdasher whose family held ancestral land on the outskirts of Firf. Lange's mother Veronika Davidsson died giving birth to Lange's brother Göran when Lange was two years old. As a child, Greger Lange spent much of his time with his paternal uncle, a prosperous farmer who was also named Greger, and his wife Marta, with whom Lange was particularly close. Adolf was an alcoholic, though Lange would later claim that his father was never physically or emotional abusive. A quiet and bookish boy, Lange spent much of his time reading stories his uncle's wife provided him. He was sickly throughout most of his childhood and engaged in very little farm work. Lange described his early self as "puny, ill-formed, and constantly wavering between life and death."

At age 10, Lange was sent to a grammar school for education, where he showed much promise and was repeatedly lauded by teachers. The quiet Lange faced relentless bullying by classmates for his stammer, shyness and tenacity. Lange demonstrated particular aptitude in mathematics and dictation. Adolf Lange encouraged his son's intellectual curiosities but hoped to steer him into adopting a technical trade. The young Lange disliked physical labor and trade work, which caused tension between father and son.

Lange began attending religious services alone at age 15, despite his father's irreligiosity. Lange's closeness with church leaders fostered a deep conviction in Sotirianity. While at church Lange undertook various volunteer jobs like distributing alms to the poor and providing shelter for the homeless and hobos. In his free time Lange read works on mathematics and developed an interest in philosophy but showed no early interest in history. He also read literature, particularly the works of Johannes Linderoth.

Adolf Lange died of tuberculosis in 1826 and left his estate to his eldest son Greger, age 17. The death of his father greatly upset Lange, who suffered regular panic attacks for months after Adolf's passing. Lange later transferred his father's estate to his younger brother Göran, using some of the money to fund his higher education in Blåstad on the urging of his uncle and aunt-in-law, who noted the young Lange's potential. 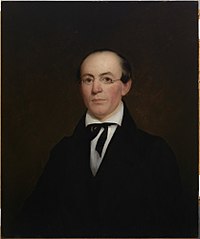 Return to Geatland and twilight period

Lange had been diagnosed with osteoporosis in June 1880, at age 71. The diagnosis greatly dispirited Lange, who formally ended his correspondence with most of his confidants some months after in order to attend to his health. Lange had arranged the publication of three academic papers, each on Geatish historiography, with the University of Blåstad. He also supervised the publication of the third edition of his Von Bayrhoffer in Werania in April 1881. Following the publication of the revised third edition of Von Bayrhoffer, Lange officially ceased his academic output, though he continued to write letters intermittedly.

Greger Lange's theory of history is one of the most widely known and studied in the world, and it has garnered him the reputation of being one of Euclea's most famous historians. However, Lange never wrote a composite work that outlined his complete theory and ideology. Instead, he dispersed his philosophy and analysis of history throughout his oeuvre. This has made studying Lange more difficult than other theorists, as a full understanding of his historical analysis typically requires a complete analysis of his works. There have been numerous attempts to anthologize Lange's analysis-centered writings into one complete text, the most famous of which is The Fundamentals of Langean Theory (Les principes fondamentaux de la théorie langéen) edited by Benoît Mortellier. Although A History of the Euclean Peoples is Lange's most famous work, most scholars tend to agree that Von Bayrhoffer in Werania and On Chaos and Order are more revelatory of his philosophy.

Lange’s analysis relied almost exclusively on an examination of Euclean history, and he wrote very little about history on other continents. Lange's most famous example of intercontinental historical analysis was his development of Axial Euclea in Volume I of his A History of the Euclean Peoples, where he compared the rise of Piraean philosophy, medicine and science with the development of new religious and philsophical movements in Coius that occured contemporaneously (Lange specifically pointed at the rise of Badi). In Volume III of the same work, Lange briefly examined the colonisation of the Asterias, particularly during its early years. Lange admitted in private letters to his publisher that he was incredulous about his theories' applicability outside of Euclea, but also that non-Euclean affairs did not interest him. Lange's reticence to apply his theories to socieies outside of Euclea and his scant studies of non-Euclean source material have led many postcolonialist thinkers to criticize his work as Euclocentric.

Disputed predictions of the Great War

In a private letter to his friend and cousin Gustav Eriksson, Lange wrote: "I believe, within fifty or so years time, that there should be great upheaval in the heart of the world." The letter, discovered in 1988, has led some to conclude that Lange predicted the onset of the Great War, given that the letter was written fifty years before the onset of the war in 1927. Lange also made vague references to future armed conflicts, often with varying degrees of assurance. In an epilogue to A History of the Euclean Peoples, Lange wrote that "this present period of peace feels fleeting. It may come to an abrupt end." In his draft notes for On Chaos and Order, Lange lamented what he believed was the "wretched corruption of Continental leaders" and theorized, according to his conception of chaos and order, that feckless Euclean leaders would lead to war. This note was not incorporated into the final draft of On Chaos and Order.

Many historians dispute that Lange's writings should constitute a prediction of inclement war on the grounds that they are too vague. Although Langean theory holds war as inevitable, Lange himself eschewed making predictions about the future in his published work and said that doing so would be "a fool's greatest folly." He continued by saying that, "Out of all things, I would hate it most to be remembered as a seer."