The House of Abellán, also referred to as the Princes of Abellán, is a Scipian royal house of Latin origin, and a branch of the Miramonte-del Villar-Jeque dynasty, one of the most dominant houses of the Most Magnificent Republic of Aligonia. The House of Abellán had been a minor house for the majority of Aligonian history, however, after the occupation of Gran Aligonia during the West Scipian Wars by Yisraeli forces, the House of Abellán rose through the ranks in the new geopoltical paradigm which developed on the island, becoming prominent rivals of the unpopular prewar ruling house and fellow former Big Five member, the House of Oberlia. The first ruler of Gran Aligonia from the House of Abellán was Octavio Abellán, who ruled from 1950 to 1957 and presided over the renewal of the Archiepelago's independence; upon his death of pancreatic cancer at the age of 85, his son Virxillio Abellán became Prince, presiding over the nation's new era as a tax haven and economic minor power in the Periclean. 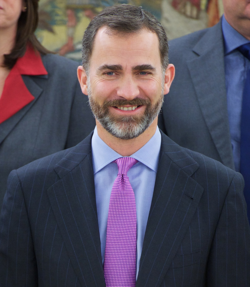 Veremundo Leonardo Abellán (30 January 1969 -) is the oldest male member of the House of Abellán, and the last prince of Gran Aligonia, reigning from coronation after his father's late death on 15 March 2019 to his abdication on 31 January 2020. Long noted for his polite and indifferent demeanor, upon his coronation, Veremundo was found at the center of increasing controversy about Gran Aligonia's direction in the 21st century, with many believing that Virxilio's long reign had crippled the nation's economic prospects by turning it from an assertive and independent state into one ostensibly in line with both political and economic interests of the Western Monarchies, of which Gran Aligonia had only been a tentative member before its liberation from Yisraeli control.

In 2019, due to growing unrest, Veremundo agreed with Leuter Sion of the AAFT party that monarchy in Gran Aligonia should come to an end, officially abdicating his country's power on 31 January, 2020. Although he initially indicated he was running himself, he since retracted from poltiics after questions arose from both reformists and conservatives as to whether it was morally sound for a former monarch to contend politically in a Democratic Election. After his reign's end, Veremundo has become a polarizing and silent figure in Gran Aligonian politics.

In 1991, Veremundo married Nicanora Del Villar, of the Del Villar family of Tarraron, thus linking the Abellán and Del Villar families, both of the "Big Five", through political alliance. He had a son, Verucio, in 1993, and a daughter, Catalia, in 1996. He is noted for his love of sports, particularly long-distance sailing. 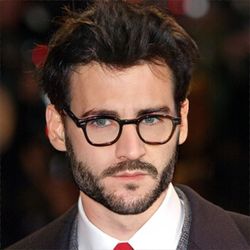 Verucio Mario Abellán (17 November 1994 -) is the firstborn son of Veremundo, former Duke of Oberlia, and former heir apparent to the Principality of Gran Aligonia. While having an uneventful childhood, Verucio became infamous both in Gran Aligona and abroad during his late teens, when he began having controversial public gaffes, going to high-society parties in Villa Romera called "unseemly" by his nobleman peers, and engaging in drug abuse, particularly with stimulants such as cocaine. Soon after he began partying, Verucio incurred severe gambling debts, some of which are reportedly owed to the Aligonian garduña and other organized crime syndicates. Verucio's reckless behavior made the family somewhat more controversial as the decade continued, especially after Verucio and his girlfriend, Merovian model Marion Bouche, were involved in an alcohol-induced collision in 2017, during which Bouche was paralyzed. Bouche's family subsequently sued the Abelláns and Verucio for an exorbitant amount of damages. Verucio was sent to court-ordered rehabilitation and sentenced to 400 hours of community service, but apparently had begun partying and using drugs again by late 2018, also engaging in a wide variety of flings that often made him the focus of tabloids and papparazi.

In May of 2019, Verucio was representing Gran Aligonia at the Periclean Forum's summit in Gran Aligonia where, intoxicated, he and his plus-one, Aligonian pop singer Valera, climbed onto a hotel balcony; Varela fell and died from the balcony after attempting a risky jump at Verucio's behest. The incident was a national embarrasement, and is considered to have contributed to the infant Gran Aligonian crisis. After the incident, Verucio opened up to the public about his struggles with mental health and addiction, and again went to rehab, staying sober afterwards. In this time, he began dating Soraya bint Qaid ar-Ruweyni, formerly of Fahran; they continue to court each other, and are currently betrothed. Verucio has expressed support of his fathers' abolition of the monarchy, noting that his past behavior is a "pertinent example" of the flaws inherent to both the system of absolutism, and the lifestyle and mindset associated with its benefactors. Since the abolition of the monarchy, Verucio has established several charities, including Lilies for Peace, a humanitarian organization aiming to provide relief to war-torn areas such as Enyama, and Crumbs to Crumpets, which aims to improve the quality of shelter food in Gran Aligonia, and set up barrier-free access to high-quality food throughout the Periclean. 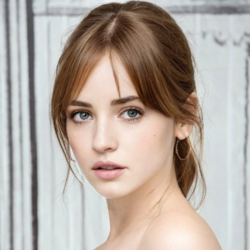 Catalia Ella Abellán (5 April 1996 -) is the secondborn child and firstborn daughter of Veremundo. Catalia's early childhood was notably a focus of many inflammatory tabloid articles, with an unsubstantiated rumor claiming that she was born out of wedlock to her mother, Nicanora, and casino magnate and alleged Garduña compatriot, Xacob Mascalzoni. Despite the fact that both Veremundo and Nicanora denied even knowing Mascalzoni, the rumor continued to hound Catalia's image into the next decade. In her early 20s, Catalia was one of the first members of international royalty to notice the growing influence of social media in celebrity and political culture, and began posting online to a series of networks, becoming the unofficial spearhead of the Aligonia-based Strawbry messenger. After her father's ascention to the throne, Catalia was betrothed to Prince Kyl of Staalmark, of the House of Sproek. Being romantically engaged to a prestigious family via Prince Kyl, Catalia was the first major member of an Aligonian ruling family to marry outside royalty since the late 19th century.

Now living in Staalmark, Catalia has continued to come into the spotlight, starting several fashion brands and continuing to encourage others to ask her questions on social media, often avoiding politics, which she claimed "is more-or-less a decision in favor of my sanity." As the most prominent Aligonian inside the social circles of the Western Monarchies, many analysts in Gran Aligonia called her elegant aesthetic "the glue holding it all together", per XXA. After the Aligonian protests and switch of government, Catalia was quick to voice her disapproval at her father's decision, calling it "hasty" and claiming she and the entire noble establishment in Gran Aligonia were "blindsided" by the event. A vehement opposer of the new United Republic, Catalia has denounced Leuter Sion as a "manipulator and egotist" that "thrives on attention". She is reportedly in bad standing with most of her family because of her views, including her brother. 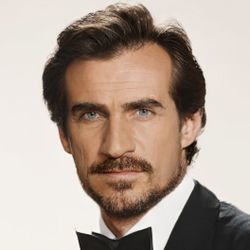