Minilov, officially known as the Republic of Minilov, is a small landlocked nation located on the Euclean continent of Kylaris. It is bordered by Vedmed to the north; Amathia to the east; $Unknown to the south, and Yavorstrana to the west. Minilov's capital, Maljubav, is situated on the eastern shores of Lake Min.

The origin of Minilov is thought to be a Gothic or Indo-Aryan term assigned to a Slavic tribe living near or on Lake Min. The name derives from Medieval Meneljubav ("men of the lake") attested in the Tragomir inscription of the late 9th Century. The original attestation of the name in the Tragomir inscription is lost. Only a 1568 copy is preserved, leading to doubts over the authenticity of the claim.

The modern Minilov state was preceded by feudal governments ruled by knights and aristocratic families. Some examples include the House of Dimitrov and the Buchov Knights. Notable descendants of these "Minilov knights" are Heinreich and Wolfgang Buchov. These groups laid the foundation for the patriotic attitude of future generations, along with the political structure of the country. Some modern Minilovans continue to hold their bloodlines as status symbols.

After the end of the medieval ages, Minilov continued to exist as a principality, eventually becoming an industrialised nation by the start of the 20th century. Their nationalism led to a number of wars with neighbouring nations.

Minilov is a landlocked country located in Western Euclea, bordering Vedmed to the north; Amathia to the east; $Unknown to the south, and Yavorstrana to the west. It lies mostly between latitudes 43°N and 46°N. The nation is concentrated around Lake Min, one of the largest lakes in Euclea. Lake Min features two islands: Maliotok island in the east, and the larger Velikiotok island in the west. The lake is renowned for its distinctive colours, ranging from turquoise to mint green, grey or blue. It receives water from numerous small streams that descend from the surrounding mountains. The country is one of the most water-rich in Euclea, with a dense river network, a rich aquifer system, and significant karst underground watercourses.

Minilov has a mainly continental climate, with hot summers with low overall humidity levels but frequent rain showers and cold snowy winters. The area around Lake Min that has a sub-Mediterranean climate and the north-western area that has an Alpine climate. The average annual temperature is 7,9 °C (46 °F). Temperature extremes are 42,9 °C (109 °F) on 201July 2016 at Spajenje in the summer and −30 °C (-22 °F) on 13 February 1932 at Sjevernata in the winter. The average high temperature in the summer is 22-27 °C (72-81 °F) and an average low temperature in the winter is -2 to -6 °C (28-21 °F). The average yearly rainfall is approximately 500 mm (19,7 in). A small, southern region of the country near Kademija enjoys a reputation for a Mediterranean climate, but in reality, it is only slightly warmer than the rest of the country and still receives snow during the winter. 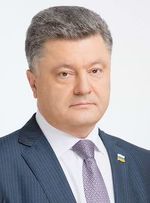 House of the National Assembly in Maljubav

The Minilovan National Assembly (Narodna Skupština) is the unicameral representative body of the citizens of the Republic of Minilov; it is Minilov's legislature. Under the terms of the Minilovan Constitution, the National Assembly represents the people and is vested with legislative power. The assembly is composed of 151 members elected to a five-year term on the basis of direct, universal and equal suffrage by secret ballot. Seats are allocated according to the Minilovan Parliament electoral districts: 125 members of the parliament are elected in multi-seat constituencies, 20 from the minorities and 6 from the Minilovan diaspora. The assembly is presided over by a President of the Assembly (speaker), who is assisted by at least one deputy speaker (usually two or three deputies). The current president of the national assembly is Aurél Blago Bohumil (LDP) since 23 May 2015. The assembly convenes in the House of the National Assembly in Maljubav.

Composition of the Nation Assembly of Minilov

Since Minilov declared independence, its Governments have underscored their commitment to improving cooperation with neighbouring countries and to actively contribute to international efforts aimed at bringing stability to western Euclea. Resource limitations have nevertheless been a problem hindering the efficiency of Minilovan diplomacy. In the 1990s, foreign relations, especially with Yavorstrana, triggered internal political controversies. Since 2009, however, a wide consensus has been reached among the vast majority of Minilovan political parties to jointly work in the improvement of the country's diplomatic infrastructure and to avoid politicising the foreign relations by turning them into an issue of internal political debates.

As a fledgeling nation, Minilov supports a modest military force, which has been known to employ mercenaries to bolster its numbers. By the onset of the 1980s, the leaders of the Minilovan Army, motivated by their country's progress, had begun the development of a series of experimental weapons for the purposes of defending Minilov from foreign invasions. These projects coincided with the ongoing Cold War. The air force is known for its highly skilled personnel. This "quality over quantity" philosophy offset the nation's lack of available pilots. The current fighter aircraft in use is the F-16 Fighting Falcon.

Minilov is a unitary state composed of municipalities/cities, provinces, and one autonomous province. In Minilov, there are 78 municipalities (opštine) and 23 cities (krajdovi), which form the basic units of local self-government. Apart from municipalities, there are 5 provinces (provincija), with the City of Maljubav constituting an additional province. Except for Maljubav, which has an elected local government, provinces are regional centres of state authority, but have no powers of their own; they present purely administrative divisions. Minilov has one autonomous province, Ljubimaca in the south-east. In 1996, Ljubimaca declared independence. The government of Minilov did not recognise the declaration, considering it illegal and illegitimate.

The country is largely agrarian, featuring widespread rolling patchworks of farmland in the Minilovan Plateau. Agriculture including growing cereals, vegetables, viticulture and breeding cattle, sheep, swine, and poultry. Timber is another valuable resource.

Sometime by 1957, Minilov formed the Great Lake Resource Exploration Company to investigate natural resources in the Great Lake. However, the company ended up massively in debt; coupled with Minilov's increased military spending, the country entered a deep recession throughout 1987. Minilov's total national debt at the end of September 2011 amounted to 15 billion rubles. In August 2012, the three main rating agencies have all downgraded Minilovan sovereign debt.

In 2015 electricity production was 14.144 GWh, electricity consumption was 12.602 GWh. Electricity production by source: hydro 3.361 GWh, thermal 4.883 GWh, nuclear 5.899 GWh. Current investments: new 600 MW block of Maljubav thermal power plant is under construction and will be finished by 2018. New 39,5 MW HE Trziste hydropower plant was finished in 2013. By 2029, 41.5 MW HE Spajanje hydropower plants will be built on the Horva river. Construction of 10 hydropower plants on the Brava River with a cumulative capacity of 338 MW is planned to be finished by 2030. Renewable energy in Minilov: at the end of 2017 at least 87 MWp of photovoltaic modules were installed and 22 MW of biogas power plants. There is a plan and obligation that at least 500 MW of wind power will be installed by 2020. Solar hot water heating is gaining popularity in Minilov. 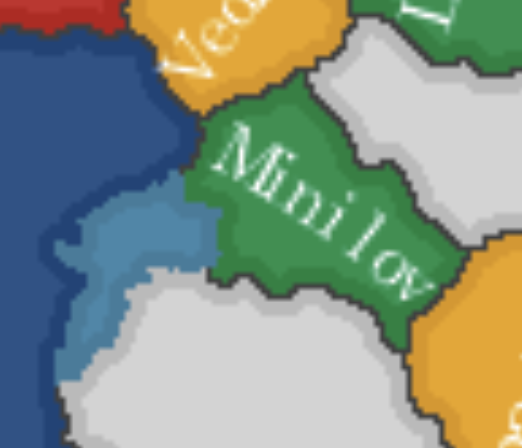 Map of the motorway network in Minilov

Motorways (Minilovan: autocesta) are the primary high-speed motorways in Minilov. These motorways are defined as roads with at least three lanes in each direction, including the hard shoulder. They are marked with a special road sign, similar to the road sign depicting a motorway in other parts of Septentrion. In Minilov this sign has a yellow background. The national speed limit on a motorway is 130 kilometres per hour (81 mph), with a legal tolerance of 10% on speeds over 100 km/h (as of 2015). Major motorways include:

Expressways (Minilovan: državna cesta) are the second type of high-speed transportation. There is a wide variety of types based on the number of lanes, accessibility, types of intersections, etc. As a rule, the expressways are not tolled, however, major tunnels on the expressways are tolled. Major expressways include:

Minilov is a natural sports venue, with many Minilovans actively practising sports. A variety of sports is played in Minilov on a professional level, with international successes in basketball, association football, rowing and athletics. Individual sports are also very popular in Minilov, including tennis and mountaineering, which are two of the most widespread sporting activities in Minilov. Several Minilovan endurance sportsmen have gained an international reputation, including the mountain skier and gold medalist Branco Ničar

Flag of Minilov waving in the wind

The national flag of Minilov is a tricolour flag consisting of three equal horizontal fields: white on the top, blue in the middle and yellow on the bottom. It became official as the flag of Minilov in 1989. White (Argent) represents peace and the tall mountain ranges bordering the nation; blue (Azure) represents the waters of Lake Min; yellow (Or) represents golden fields of grain and the prosperous future of the nation. The coat of arms is a shield with the image of the Bogata Mountains, on the northern border with Vedmed, in white against a blue background at the centre; beneath it are two wavy blue lines representing Lake Min and local rivers, and above it is five-pointed golden star representing nation unity.

Retrieved from "https://iiwiki.us/mediawiki/index.php?title=Minilov&oldid=269291"
Categories:
Hidden categories:
This page was last edited on 28 October 2020, at 15:47.
Privacy policy
About IIWiki
Disclaimers