Vedmed, (Vedmedi: საგაჩიანი რესპუბლიკა) officially the Republic of Vedmed, is a sovereign state in Western Euclea. Vedmed a total land area of 149,023 square kilometres (57,538 sq mi) making it the fortieth largest nation in Kylaris by area, sharing a land border with Minilov to the South, Soravia to the North, West Miersa to the East and Radushia to the West. Vedmed has a total population of 10.5 Million citizens making it the xth largest nation in Kylaris by population. It is comprised of 11 Parbobi and 1 city. The only official language in Vedmed is Vedmedi, there is four other recognized languages in the nation. The capital city and its largest city is Tsivebi, other major cities include Tetrite, Kinisbar, Sishlisvel, and Tsikhe. The predominant religion in Vedmed is Episemialist Sotirianity followed by roughly 70% of the nation.

The Vedmedi would migrate to the Vedmed and many surrounding regions as a part of the larger Tagamic migrations taking place during the 9th Century. Prior to the arrival of the Vedmedi and other migratory groups into the region it was occupied by an unknown group of Marolevs that seem to have either been assimilated into or wiped out by the Vedmedi due to their conquest of the region and their aggressive policies undertaken by the Vedmed to the people's of the area. A number of small Vedmedi Kingdoms would emerge folllowing their migration controlling most of what is modern day Vedmed and extending to many surrounding modern day nations. The Vedmedi Unification Wars taking place during the 10th and 11th century would see the formation of the Kingdom of Vedmed which would go onto become a dominating force from the 13th century till its eventual conquest by Soravia during The Vedmedi-Soravian War

Vedmed would continue to be a state under Soravia till the Sostava War when the collapse and partial disentigration of Sorvaia allowed Vedmed and surrounding states to gain their independence. The immediate aftermath left Vedmed divided in-between a variety of armed militias and former Soravian Army units which would loosely unify under the United for Vedmed Front pushing out a variety of collectivist forces during the brief Vedmedi Civil War. Following the conclusion of the civil war Vedmed operated under a dominant party system led by the Vedmed United Party which due to its Soraviaphillic nature pursued close ties with the nation joining Samorspi and eventually joining the Tsivebi Military Agreement, this dominant party system was broken by the Social Democrat Party with the 2020 Vedmedi Election.

The Government of Vedmed is a Unitary constitutional parliamentary republic with a unicameral legislature and an independent judiciary. Vedmed is a member of the Community of Nations, Samorspi, ITO, and the GIFA. The Economy of Vedmed stands as one of the largest within the Samorspi alliance with the exception of Soravia, with a GDP of $328.7 Billion making it the Xth largest in the world and Xth largest in Samorspi.

Vedmed is not a Vedmedi word, it is a !Ukranian word used to describe the ferocity of fighting of these new nomadic fighters and their arrival into Central Euclea as well as to insult their apparent excess of hair and their stature being short and stout.

Modern human settlement in Vedmed has been dated as far back as 32,000 BC and is likely to be considered one of the first locations for the domestication of the horse by humans in Euclea. While settlement has been found during this time period, it is still believed that much of modern day Vedmed consisted of a variety of nomadic tribes.

Beginning in the 9th Century, fleeing from the various Tagamic tribes

Vedmed is located in Central Euclea in the middle of the Euclean Steppe. It is border by Soravia, Miersa, Minorvina, and Radushia. The country covers roughly x square kilometers (x square miles) making it the xth country in the world, xth in Euclea.

Vedmed is almost entirely flat with rivers crisscrossing the landscape that are several minor tributaries of major rivers, such as x River. Due to the mostly flat nature of Vedmed there exists no mountain ranges rather only a single official mountain as well as being the highest point in Vedmed, Mount x, residing at 867m above sea level. This is mostly due to the lack of geological activity in the region.

Despite the relatively flat nature of Vedmed there exists a number of highlands stretching the southern part of the nation. These mostly stretch off from the small mountain ranges in Minrovina forming a natural border with that nation.

Vedmed is entirely a temperate climate. It is influenced heavily by air flow coming from Northern Euclea blowing in dry air. Average temperatures for the nation are generally at moderate at 7 °C (41.9–44.6 °F). Precipitation is spread mostly evenly throughout Vedmed with only Southern Vedmed being affected by a lack of precipitation due to the mountains directly south of it. Generally the average amount of precipitation throughout the country is x milliliters.

Vedmed is home to thousands of different species of both flora and fauna though these are generally shared with its neighbors though there exists several species native to only Vedmed. 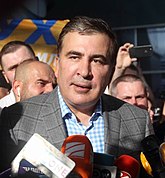 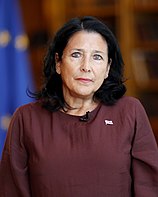 Vedmed is a unitary constitutional parliamentary republic regulated by the Constitution of Vedmed, considered the nations Supreme Legal Document. The Government of Vedmed is divided up into three branches of government, the executive, legislative, and judicial.

The executive branch which is head by the Premier of Vedmed, currently is Konstantine Sakandelidze, who enforces the laws passed by the Congress of the Vedmedi as well as acts as the Commander in Chief of all the armed forces, reserves the right to veto any bills passed by Parliament, subject to parliamentary override, acts as the Chief Diplomat of the nation and appoints members of the cabniet on the advice of the Congress of the Vedmedi. He is elected every four years by the people, he is not limited to serving any amount of terms.

The legislative branch of government is made up of the 350 member Congress of the Vedmedi which creates law, declares war, assents to the ratification of international treaties, conducts the impeachment process of the Premier, appoints members of the Court of the Vedmedi, and decides the proportional basis of which members of the Congress are elected. They are elected every four years based on a proportional basis. They also approve of the members of the Premier's cabinet which assist the premier in carrying out policy issues and head the various departments of the state.

The principal military force of Vedmed is the Armed Forces of Vedmed which is compromised of several branches, the Vedmed Ground Forces, Vedmed Airborne Troops, and the Vedmed Air Force. It is the 25th largest military force in Kylaris, having 211,564 active personnel and 67,540 personnel in reserve with potentially more being in reserve due to the previous years of conscription. Conscription is still present throughout Vedmed with all males aged 18-35 being required to do 12-24 months of conscription based on a variety of factors.

The Head of the Joint Chiefs of Staff is the head of the Armed Forces, normally being appointed to the post by the Premier and is meant to attempt to coordinate the combined efforts of the armed forces. The Commander in Chief of Vedmed is the Premier, who is Konstantine Sakandelidze, though the Premier has typically been very actived in military affairs such as appointing the Chief of Staff, setting policy or authorizing military action to be taken.

The military of Vedmed has recently undergone several key reforms to move it closer to the standards of Eastern Euclea including the, development of a professional NCO corps, the creation of a Joint Chiefs of Staff, and the continued modernization of the armed forces through the computerization of many systems as well as continually adapting new training regimes for the Armed Forces. It also exists within the greater framework of the Tsivebi agreement with most militaries cooperating together.

Vedmed is made up of two different types of administrative divisions, 11 Parbobi and 1 city. The Parbobi act as the many subdivision within the nation, they have their own elected legislatures and governments both based on the model set forth by the government in Tsivebi. They are able to pass local ordinances under review of the national government and are responsible for carrying out all laws passed by the National Government.

They are listed on population below:

The Vedmedi are the largest ethnicity in Vedmed, compromising some 94.3% of the total population of Vedmeda, it is only followed up by Miersans with a number of smaller minorities in the South of the nation. Vedmed's population density is roughly on par with the remainder of Euclea. It also has seene one of the largest life expectancy growths in Western Euclea for Euclean State. 80% of the population is estimated to live in urban areas while 20% is estimated to live in rural areas. Vedmed's population has been steadily growing after reaching a stagnation point in the mid 2000's.