The National Party (Ghaillish: An Páirtí Náisiúnta; PN), popularly known as the Nationals is a conservative political party in Caldia. It was formed in 2017 after split from the Free Market Party. The party has seen its support grow in both the 2017 and 2019 general elections, increasing its seat count and vote share by significant margins. It is the third largest party in the Comhthionól Náisiúnta. The current party leader is Liam Ó Cuillinn.

The party was established following a centre-right split from the Free Market Party (PMSA) prior to the 2017 general election. Liam Ó Cuillinn, an MEP was defeated by Saorla Ní Chadhla in the PMSA's 2016 leadership contest. The two disagreed about the direction of the party and Ó Cuillinn became a frequent critic of Ní Chadhla's leadership style. He was expelled from the party in January 2017. Bairre Ó Raghallaigh, an anti-Ní Chadhla TC, resigned from the party as a result. A group of four TCs published an open letter in An Náisiúnach in opposition to Ó Cuillinn's expulsion and were themselves kicked out of the party in February.

The former PMSA TCs joined Ó Cuillinn in founding the National Party in the run up to the June 2017 election. It positioned itself as the party of the centre-right and Caldia's only authentic conservative party. In the 2017 election, it drew support away from the PMSA and the governing Liberty Party. The party won 23 seats in 2017.

After a period of scandals for the Liberty Party, the party won 57 seats in the 2019 snap election. It became the third largest party in the Comhthionól.

The party describes itself as centre-right and has worked to distance itself from the right-wing positions and rhetoric of the PMSA. It supports the reintroduction of the flat tax, reducing government spending, transferring powers from the national government to county governments, and restricting immigration. Some of its members take a Soft Euclosceptic stance, but the party itself has no set policy on Caldia's relationship with the Euclean Community. In 2019, the party's platform said it supported "creating a society that respects the rights of the individual and the limited role of government in an individual's decision-making process".

In the Euclean Parliament, it is a part of the centre-right Alliance of Conservatives and Democrats for Euclea. 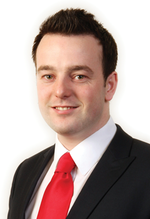 Retrieved from "https://iiwiki.us/mediawiki/index.php?title=National_Party_(Caldia)&oldid=165524"
Category:
Hidden category:
This page was last edited on 10 February 2020, at 21:56.
Privacy policy
About IIWiki
Disclaimers