The Caldish Democrats (Ghaillish: Daonlathaigh Glaíteannach, commonly referred to in Caldish as Daonlathach, D), is a liberal political party in Caldia. It is the oldest active political party in Caldia, having been founded in 1857. It was part of the centre-right coalition government led by Taoiseach Jimmy O'Reilly from 2017 to 2018 and later Frank Casarnach from 2018 to 2019.

Historically, the party has played a central role in Caldish politics. Prior to the 20th century, it represented the political left. The Caldish Democrats were one of two parties that were able form a government prior to 1935, the other being the now defunct National Conservative Party. After its decline began in the 1930s, it was willing to cooperate with parties on both the political left and the right. Starting in the 1980s, the party positioned itself more towards the right, moving away from the political centre. It supports the Euclean Community, a market economy, and the protection of civil rights.

The Caldish Democrats' popularity has steadily declined since the 1930s. After a brief boost in support, it is now the smallest party in the Comhthionól Náisiúnta and sends five TCs. The party is a member of the Euclean Liberal Party and has no MEPs in the Euclean Parliament.

Dónall Ó Conaill was the party's founder and first taoiseach.

The party was founded in preparation for the 1857 election, the first election to the Comhthionól Náisiúnta. It originally represented the left-wing of Caldish politics in the 19th century. Laird Chancellor Dónall Ó Conaill and his supporters held a founding conference in Garrafauns. The party aimed to reduce social inequality, improve living conditions, and expand the economy. It was cautiously supportive of state-owned enterprise and was favored laissez-faire economic policy. The party was also antimilitarist and opposed Caldish involvement in Euclean military conflicts. It supported universal suffrage. They were to the left of the conservative and aristocratic National Conservative Party

The Caldish Democrats were supported by industrialists, the middle class, and to an extent the working poor. While there was an urban-rural divide in Caldish politics, it initially tended to support the Caldish Democrats. The party had two main factions; the uirbeacha (urbanists) and tuaithach (ruralists). Overtime, rural support for the party was lost to the agrarian-focused predecessor of the Centre Party. 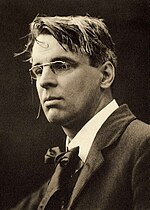 The Caldish Democrats became the dominant party during the early 20th century, forming a series of governments. A split over the issue of prohibition led to the creation of the Free Party in 1916, resulting in its defeat at the 1917 election.

The the party governed throughout the Great War and kept Caldia from participating directly in the conflict. However, Allied forces occupied the nation following a joint Estmerish-Weranian invasion in 1927. The government of Éamon Ua Buachalla did not resist the invasion and accepted the terms of occupation. The occupation was unpopular with much of the population and an insurgency began in December 1928. The 1932 election was suspended following an assassination attempt on the Ua Buachalla. Rebels conducted operations against Estmerish and Weranic troops and the Caldish government until the occupation ended in 1935. Ua Buachalla negotiated the terms of withdrawal, which resulted in changes to the electoral system and a ban on political agitators from holding office.

The party was defeated in the 1935 election, losing to the Social Democratic Party.

In the years after its defeat, the party began to regain some lost ground. They became the third largest party after the 1947 election and maintained that position for several decades. The party participated in a coalition government under The Duke of Holyhead from 1957 to 1962. The party's leader, Oisean Frisealach, served as Tánaiste and Minister of Foreign Affairs. Murphy played a crucial role in Caldia's bid for membership within the International Council for Democracy and supported further integration with the Euclean Community. Under Frisealach's leadership, the party was able to prevent Liberty from reversing the Social Democratic Party's policies of nationalization.

Since the 1960s, the party has called for Caldia to pursue closer ties with the International Council for Democracy and the Euclean Defence Treaty Organization. The party also supported an increase in the amount spent on foreign aid. Throughout the Great Game, the party has been vocally opposed to leftist and nationalist dictatorships established in Coius and Asteria Inferior. In 1984, party leader Dáithí Ó Seoigh called for international actions against some of the more oppressive regimes and accused Taoiseach Patricia Flowers of failing to act in the name of human rights. The party has consistently called for the privatization of the state oil company, RPG, and has been a vocal critic of the role oil profits plays in government spending.

The party struggled to find support starting in the 1980s when the liberal economic policy promoted by the Liberty Party drew support away from the Caldish Democrats. The last time the party had more than 25 seats was in 1972. After a low in the 1982 election, the party began to build support between 1987 and 2002, when it had its best electoral performance in 35 years when it won 24 seats.

Ruairí Mac Cearbhaill was elected as party leader in March 2002 and led the Caldish Democrats to victory in 2004. He positioned the party as a fiscally centrist in opposition to the liberal economic policy of the Liberty Party. Support for the party remained at a similar level in 2007, with the party losing three seats. Mac Cearbhaill initiated talks with Alexis Walker to form a minority government, but Walker instead formed a majority government with the Centre Party. Support for the party collapsed at the 2012 election and the party had its worst-ever performance, winning just eight seats. Mac Cearbhaill was replaced by Máire Ní Briain as party leader in June 2012. She agreed to enter into a supply agreement with Walker in support of the Liberty-led minority government.

Under her leadership Ní Briain moved positioned the Caldish Democrats to the political right. The party supported policies that restricted immigration, reduce government involvement in the economy, and called for the restoration of Caldia's national currency. It also backed cutting regulations for small and medium businesses and supported subsidies for small business owners.

The party doubled its seat-count in the 2017 election and joined the Liberty-Centre coalition led by Jimmy O'Reilly. Ní Briain was appointed as Minister of the Interior. This was the first time the party had participated in a government since since 1962. After entering the coalition, the Caldish Democrats ended up supporting efforts to increase immigration to Caldia. The party supported the Immigration Reform Act (IRA) in exchange for a new citizenship test. However, some have accused the party of going back on its promises by supporting the IRA. The party also abandoned its call for Caldia to withdraw from the Euclozone.

The Caldish Democrats remained in the coalition after O'Reilly resigned over a diplomatic scandal. The party had hinted it would exit the coalition if the taoiseach did not resign. Frank Casarnach led the coalition until its collapse in January 2019. A bid-rigging scandal saw Centre and the Caldish Democrats withdraw their support for Casarnach's government. They joined the Centre Party in calling for a new election. The Caldish Democrats were almost eliminated from the Comhthionól after just passing the electoral threshold required to win seats. After the 2019 snap election, the party was left with just five seats. Muirís Ó Branagáin became party leader in February 2019.

The party generally maintains a liberal platform focused on combating social inequality. It has shifted between various liberal positions, ranging from social liberalism to classical liberalism. The Caldish Democrats are opposed to legalized euthanasia and Caldia's liberal drug laws. As such, they remain popular among Sotirians and have at times marketed themselves as a Sotirian democratic party.

It is the only political party in Caldia that supports joining the Euclean Defence Treaty Organization. Traditionally, it is pro-Eucleanist and supports further centralization of the Euclean Community. However, under Ní Briain's leadership this began to change. The party began to adopt anti-immigration positions and backed the restoration of the Caldish coróin. Ní Briain was accused of adopting right-wing policies and rhetoric in order to gain support, something she rejected. Despite the shift in policy, the party abandoned most of its right-wing policy priorities when it joined the Liberty-led coalition in 2017.

Since its 2019 defeat, the party has mostly promoted socially liberal policies in opposition to the conservative shift in the Liberty Party's positions.

Voter base and support

Support for the party is strongest among voters 65 and older and is higher among those who have completed higher education.

Historically, the party enjoyed the support of the middle class and the working poor in both urban and rural areas. However, the Farmer's Party began to draw rural voters in the 1910s and the party lost its rural base. Today, much of the party's base consists of middle-class professionals or entrepreneurs in cities and suburbs.

Sotirians have also supported the party for its stances on some social issues.

The party was accused of abandoning its liberal ideology by moving to the right wing following the 2012 election. Ní Briain moved her party to the right on immigration, crime, and education. While these tactics may have helped doubled the party's support in the 2017 election, it was accused of betraying its liberal origins. In 2016, Státaire's editorial board said the party had strayed too far from its founder, Dónall Ó Conaill, and questioned the future of Caldia's oldest party. Despite the controversy, the party largely dropped right-wing positions when it entered into government in 2017. 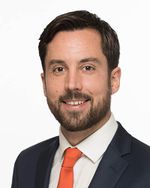