The Social Democratic Party (Ghaillish: Páirtí Sóisialach Daonlathach; PSD), usually referred to as just the Social Democrats (Daonlathaigh Shóisialta) is a social-democratic political party in Caldia. The party is the largest in Caldia's parliament with 218 seats. Founded in 1912, the party is the second oldest active political party. The PSD has a close relationship with the Caldish Trade Union Confederation, the largest in the country.

Alongside its main rival, the Liberty Party, the PSD has been one of two parties to form a government since the 1930s. The first Social Democratic government was formed in 1935. As of 2020, there have been eight PSD taoiseachs.

Traditionally, the party is committed to social democratic ideals. It supports a strong welfare state, public ownership, and a social market economy. Starting in the 1980s, the party began to support economic liberalism. This was abandoned in the 2000s and the party continued to advocate for a strong governmental role in economic and social policy.

The current party leader since 2017 is Stiofán Mac Suibhne, who has served as Taoiseach of Caldia since 2019. He led the party to its first electoral victory since 1997 in the 2019 snap election.It sends 9 MEPs to the Euclean Parliament. It is a member of the Socialist Alternative for Euclea and cooperates closely with other social-democratic political parties in Euclea.

The PSD was originally founded in 1912 by the leaders of the Caldish Trade Union Confederation as the group's political wing. Historically, the party boasts strong ties to organized labor and the nation's unions. It was established following a split within the Caldish Section of the Workers' International between the trade unionists and the councilists.

The Social Democrats overtook the Caldish Democrats after the rise of the Liberty Party in 1937. The party's first Taoiseach Seamus Macaulay took power in 1952. Under Taoiseach Máire Ní Néill, the Social Democrats established an expansive welfare state. The reforms were very costly and were targeted by Taoiseach Flowers, who moved to totally abolish the system. Taoiseach Niamh Nic Uilliam, who was elected after Flowers, rebuilt the Caldish welfare state to be smaller and more efficient. She also launched a massive overhaul of the education system, raising it to global prominence.

Under Taoiseach Nic Uilliam the party began to pursue Third Way policies in order to offer what Nic Uilliam called a "humane alternative" to the neoliberalism of the Flowers Era. As a result, the party saw massive internal discontent and eventually the more left-wing faction of the party split off to form the Industrial Labour Party.

The Social Democrats suffered a landslide defeat in the 2002 Comhthionól election and Nic Uilliam was taken out in a leadership coup. Since then, the party has begun to abandon its neoliberal platform and moved farther left. It has not formed a government since 2002 and faced its fourth consecutive defeat in the 2017 general election. The party saw a rough campaign under Darragh Ballíck, who began feuding with the unions over his electoral alliance with the Greens.

The PSD is a centre-left social democratic party. It is leading party on the Caldish political left and has been described as a big tent party for the left. Its elected officials range from those who espouseThird Way to democratic socialism. This has been reflected in the party's leaders and policy platforms.

The party maintains a close relationship with trade unions and has advanced union interests since its founding. It supports a welfare state and has opposed cuts to spending on social programs. The PSD has increased spending on such programs while leading governments. 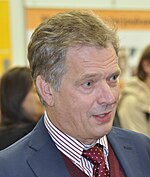