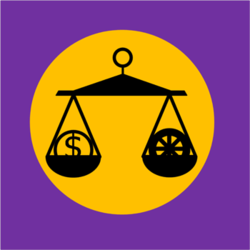 Welcome to Astyria, a region of vast, ancient continents and wide-ranging cultures, both young and old. There is plenty for new explorers to conquer. This is a land that only the brave should dare challenge.
Refresh • Sub-pages
Astyrian Featured Article

Christmas in Great Nortend is a widely celebrated holiday, as in most Christian countries. As one of the great high festivals observed by the Church of Nortend, it commands a place in the religious life of the nation second only to Easter. As such, Christmas is normally celebrated focussing on religious tradition, commemorating the actual birthday of Jesus Christ, although more secular customs have always been a staple of the season since its inception in Great Nortend with the arrival and spread of Christianity in the 8th century.

Christmas is celebrated on December 25th, but is followed by various festivals until Epiphany on January 6th, making the „Twelve Days of Christmas”. Christmas is preceded by the six weeks of Advent which is characterised by penance and fasting. Hence, when the Christmas season, called Christmastide, arrives, it is all the more spectacularly marked by festivities, feasting, shopping and general merriments. Christmas is also the beginning of the Christmas term, one of the four quarterly terms of the civil year which begins on Michaelmas, September 29th, in the Michaelmas term. (See more...)

Suggest an Article
In the news

Add an event
Subcategories
This is a list of the principal Astyrian subcategories:
Important links
Astyria is... Modern Tech - Role Playing - Quality Over Quantity - New & Old Nations. We are always looking for new members, here are our important links:
Retrieved from "https://iiwiki.us/mediawiki/index.php?title=Portal:Astyria&oldid=201288"
Categories: