The President of Alsland has considerably less power than it's counterparts in Gaullica but unlike the Azmaran Presidency, the Alslandic Presidency still exercises considerable powers in political affairs such as the ability to veto laws which could be seen as violating the constitution of Alsland and representing Alsland internationally. However most of the President's powers have been given to the Folkssenaat and Premier making the role of the Presidency little more than a Figurehead.

A Presidential candidate must be a citizen of Alsland who is at least 30 years old, has resided within Alsland for the last 10 years and doesn't currently hold any foreign citizenship. A Presidential candidate must also have gained at least 70,000 signatures of registered voters or any Alslandic citizen who is 16 or over or have been nominated by any political party with Federal or Provincial representation.

Historically, a candidate must have been a member of the Folkssenaat to be eligible for the Presidency however this was removed after the 1937 Constitution was adopted. A candidate also had to have served in the Alslandic Armed Forces to be eligible, Senators who served in the Kirenian Army before Alslandic Independence such as Villem Mand and Kei Holwerda were also eligible for the Presidency before the adoption of the 1937 constitution removed this criteria.

The Alslandic constitution limits a President to two five year terms in office. Previously, there was no limit to how many terms a President could seek but following the 1937 Constitution, official term limits were introduced for Presidents. Efforts were made to remove term limits from the constitution most notably in 1999 and again in 2017.

Candidates in a Presidential Election can be nominated by any political party with Federal or Provincial representation in the most recent election. A candidate can also be nominated if they receive 70,000 registered voters. Direct elections for the Presidency were introduced in 1940, previously the President was appointed by Senators and needed a plurality of Senators to vote for them to be appointed.

If only one candidate is nominated they will become President without an election being held. This has only occurred once when in 1940 Villem Mand was declared winner by default after no other nominees were put forward. The Functionalist candidate was disqualified and their signatures were discarded despite having enough signatures to be placed on the official ballot.
Results of the second round of the 2020 presidential election:

"I, (First Name, Surname) elected by the people of the United Provinces of Alsland as President of Alsland, hereby affirm my duties as stated in the constitution to uphold the Constitution of the Republic and the Laws of the Republic, and to work for the wellbeing of the citizens of the Alslandic state."

The term of the President-Elect begins after the swearing in, usually at mid-day. Following the inauguration the new President will deliver a speech to a session of the Folkssenaat before then being accompanied to inspect a guard of honour outside the Folkssenaat building. This is usually followed by a ceremonial wreath laying at the Tomb of the Unknown soldier in Yndyk to commemorate those who gave their lives in the defence of Alsland.

Appointment of Federal and Provincial governments 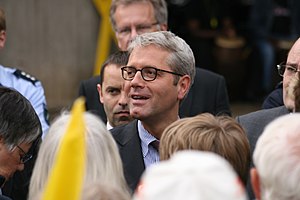 Hepke Veltman in Estmere in 2019

Most Alslandic Presidents are members of a political party and many have been former or current leaders or high ranking members of a party. The only exceptions to this were Tys Jonker between 1950-1960, Jimte Gorter who was appointed President following the death of X and served from 1989-1990 and Gwen Ritter who was appointed as President following the resignation and served between 2008-2010.

Efforts have been made to make the Presidency a non-partisan position but all attempts have failed due to a lack of support and interest. The Presidency was intended to become a non-partisan position following the Liberation of Alsland but President Liuwke Talsma and Premier Villem Mand both objected to the proposal which subsequently was not included in the 1937 Constitution. 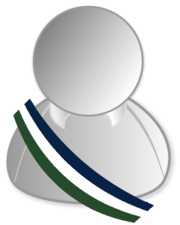 A President may temporarily hand over powers to the Speaker of the Folkssenaat. This has several times. The first instance was when President Liuwke Talsma delegated his powers as President to Vinzenz Lux shortly after the Liberation of Alsland when it was still unclear if Talsma was eligible for the position as President due to the period of time that had passed during the occupation of Alsland. The most recent instance of this was in 2020 when President Hepke Veltman delegated his powers to Arved Levandi whilst he was undergoing surgery after Veltman was injured after crashing his bicycle in a public park in Yndyk.

There are two cases of this happening in Alslandic history. On 1 December 1989, President X suffered a massive heart attack and was pronounced dead when Paramedics arrived. The speaker of the Folkssenaat was Jimte Gorter who was sworn in an hour following X's death. Gorter fulfilled the rest of X's term until a successor could be chosen.

Attempts at impeachment have occurred historically. Liuwke Talsma was impeached as President in 1930 after the 19XX Alslandic Coup. Talsma who along with Villem Mand was leading the Alslandic government in exile dismissed the impeachment and called the Folkssenaat: "illegitimate in it's current form." Upon the liberation of Alsland the impeachment was declared illegitimate by the supreme court alongside any other acts passed by the functionalist government. 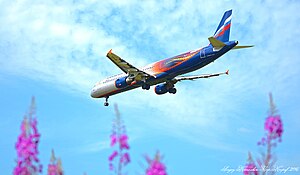 The Alslandic Government use a modified TBD for official government flights.