The Sarkola Security Zone (Soravian: Зона безпеки Саркола, Zona bezpeky Sarkola; Vichod: Sarkolan turvavyöhyke) is the official name for the Sarkola region, having been occupied by Soravia and its armed forces since 1983. Sarkola operates under a provisional government, where the Minister of Sarkola is appointed by the President as a member of their cabinet. Sarkola participates in nationwide elections but has no local elections, having been subject to a period of integration during the 1990s.

Most of occupied Sarkola consisted of government-loyal forces who had created a fortress in the region and counter-offensives into Velzemia during the Velzemian Civil War. It has an estimated population of just under 1.5 million, 64% of which are of Soravian ancestry, with a further 23% being of Vichod ancestry and 5% of Seniak ancestry. The occupation has mixed recognition globally, with the Soravian government insisting it is an integral part of the nation, but some countries continuing to recognise it as a part of Velzemia.

Sarkola had historically been an area of large Soravian migration. Owing mainly to Velzemia's long history as part of the various iterations of Soravia, going all the way back to the Congress of Cislania after the Ten Years' War in the early 18th century. Tumsha was a well-connected and industrialised city by the mid-19th century and its prosperity attracted increased migration - particularly from Soravia's rural populace. By the end of the Great War the population of Sarkola had risen to a million. The Solarian War strengthened Soravian control over the region, which eventually collapsed at the start of the Second Soravian Civil War in 1978, when Velzemia declared independence and attempted to claim Sarkola to secede with it, however this was initially unsuccessful due to the outbreak of their own civil war. By 1983, any Velzemian grip on the region had been firmly lost to Soravia. 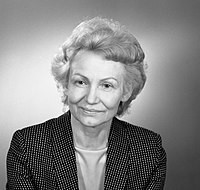 The Sarkola Summits began on June 6, 1983, with delegations from both countries meeting in Paltamo, the Velzemian capital, for the first of two series of negotiations solely regarding the fate of Sarkola. Soravia made it clear from the start that the transfer of sovereignty of the region was off the table, refusing to allow any travel that didn't pass through Sarkola. The Velzemian delegation could only mitigate the damage from then on, and managed to secure a series of eight military crossings covering Sarkola, the only way to travel between the two countries on land. Crossing 93 eventually emerged as the main crossing between the two countries due to its presence from the Sarkolan capital of Tumsha and the Velzemian city of Ervasto across the border. The Sarkola Summits continued on July 13 in Ulan Khol, Soravia, but little changed as Soravia held firm on the region, much to the condemnation of much of eastern Euclea. Emilia Hicsak would be Soravia's delegation to the Sarkola Summits, later entering the office of Foreign Minister between 1991 and 1997 and controversially closing several military crossings between Soravia and Velzemia.

On March 23, 2009, after years of increasing tensions between the two states, a military standoff occurred in the early hours between 05:00 and 07:00. Shots were exchanged over the border, with two guards being injured - one from each nation, with Velzemian Július Klement eventually passing away in hospital. The standoff ignited when Soravia accused Velzemia of accepting bribes from notorious criminal Svatomir Macsosko, who had reportedly escaped through the border five days prior. Velzemia denied the accusations but Soravia continued to stand by their assessment of the situation. Shots were first exchanged by the Soravian guards, with the Velzemian foreign ministry contacting Soravia regarding the shots, but receiving no response. Armoured reinforcements were called by both sides, and an armistice was eventually agreed around 07:00, with Velzemia announcing it would not be reopening its side of the border crossing as Soravia had heavily increased military presence at the border.

An autumnal forest in Sarkola

The region of Sarkola has an area of 1,736 square kilometres (670 square miles), making it one of the smallest states within Soravia. However, it is also one of the most densely populated, with an estimated population of 1,470,000 in 2017, giving a population density of 846 people per square kilometre. The region is mostly flat grassland with deciduous forests throughout, however the region also contains many rivers, streams and lakes, and is renowned for its natural beauty.

Sarkola is located almost entirety within Vichodnia, one of the constituent nations of Velzemia, with a small portion belonging to Senia. Tumsha is the capital and largest city in the region, being followed by Makikylä and Jaksamo, with all three having a population in excess of 200,000.

Sarkola is dominated by its Soravian populace, making up around 64% of the demographic, or around 941,000 people. Those of Velzemian origin make up 28% - 23% Vichod and 5% Seniak - for a total of 411,600, the remaining 8% consist of a variety of ethnicites, including Zalyk, Yavorstri and an assortment of eastern Euclean peoples.

Sarkola is represented within Soravia by 27 districts in the Voynaskul, however the central Soravian government often delegates administration of Sarkola to its large military presence. As such, Sarkola is often described as a provisional government, with the authority of the Voynaskul and local governorates as well as the military recognised within the region. Most of the Voynaskul members of Sarkola are members of the Patriots' Front of Soravia, including incumbent Minister of Sarkola Blahoslav Sztaurovsky, contradicting its history of left-wing politics, this has led many to criticise the freedom of elections within the region, and more broadly criticise the system of elections in Soravia in general.

It is estimated that Soravia has a total of around 80,000 troops deployed in Sarkola at any one time, although many of these troops are part-time and live in the region. More recently, troops have assisted with cleanup and rebuilding efforts, particularly in rural villages, to help rejuvenate the local economy and increase favourability of Soravia within the region. Soravia has built several military bases in the region, with five known to have been built, making it one of the most militarised areas in Euclea.

Jurisdiction and enforcement of the law is entrusted to the Soravian police force, and operates as it would in any other region of Soravia, however the restrictions to police brutality in Sarkola have often been criticised for being too lax, with the authority of military personnel in this regard still being recognised. Civilians in Sarkola have been known to be stopped and searched by the military at random, although this usually applies to Velzemian populace, with tourists usually avoided to not provoke additional nations.

Sarkola's economy relies mainly on tourism in rural areas and manufacturing and information technology in the more urbanised areas of the region. The region's economy is almost entirely integrated with Soravia's, which has resulted in increased investment from both the Soravian government and many companies that are based in Soravia. Historically, Sarkola has been a hotbed for tourism in western Euclea, however this fell through during the 1980s and 1990s, but rebounded during the 2000s and 2010s as the situation in the region stabilised, however the region is now listed as a destination in Soravia by most global airlines, otherwise permission is usually not granted to fly to Sarkola or much of Soravia in general.

The occupation of Sarkola is recognised as a part of Soravia by some countries but a part of Velzemia by others.

Retrieved from "https://iiwiki.us/mediawiki/index.php?title=Sarkola&oldid=272269"
Categories:
Hidden categories:
This page was last edited on 7 November 2020, at 00:01.
Privacy policy
About IIWiki
Disclaimers