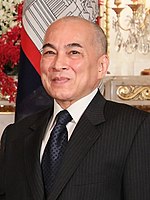 Fabien Nhean has served as State Counsellor since 2020.

The constitution of Siamat defines it as a republic guided by National Principlist thought. According to the current constitution, promulgated in 1978, Siamat is a unitary-state run according to republican principles and strong national guidance. The ruling party, Saim Muoy, is also the sole legal party, and has been in power since 1975. 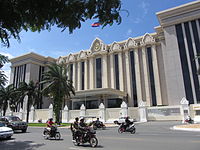 Retrieved from "https://iiwiki.us/mediawiki/index.php?title=Siamat&oldid=256783"
Hidden category:
This page was last edited on 2 October 2020, at 20:46.
Privacy policy
About IIWiki
Disclaimers