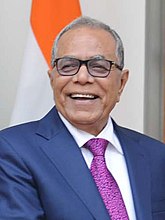 Since the country's independence in 1946 following the Solarian War, Subarna has operated under a dominant-party system. The centre-right National Republican Congress (JRK) has formed every government since 1946, with only two brief lapses of power in their otherwise continuous domination of Subarna's political system and federal government. Numerous opposition parties exist in Subarna, the most prominent being the centre-left Irfanic Popular Workers' Party (AJSD), left-wing Andhakāra People's Party (APP), Irfanic fundamentalist Radical Irfanic Democratic Party (RIDP), and nationalist Marathi Union (MI).

Utilizing both volunteer service and conscription, the SRAF currently has 1,050,000 active personnel, 480,000 reserve personnel, and 150,000 paramilitary forces, making it one of the largest standing militaries in Kylaris. The Subarnan government has classified all data concerning Subarna's military budget, but a Community of Nations (CoN) study estimates its military spending at $41.77 billion, about 7.4% of Subarna's GDP.

Subarna enforces a national system of conscription through the National Defence Service System (NDSS), an independent government agency which maintains information on those nearing the age of conscription. All male Subarnan citizens are required to serve three years in the SRAF, from age 18 to age 21.

The Subarnan Republican Army (SAR) is the largest service branch with 1.1 million total personnel. It is the most influential branch of the SRAF, maintaining a dominant position in the National Defence Commission. CoN data estimates that the SAR receives a majority of the funding from the country's military budget.

Subarna is a developing country that operates a export oriented mixed market economy focused primarily around agriculture, manufacturing, mining and telecommunications. It has an estimated nominal GDP of $562.146 billion and an estimated GDP (PPP) of $1.016 trillion as of 2019. Subarna is the Xth largest economy in Kylaris by nominal GDP.

It is classified by the Global Institute for Fiscal Affairs as an emerging market middle income economy and a frontier market.

Retrieved from "https://iiwiki.us/mediawiki/index.php?title=Subarna&oldid=214482"
Categories:
Hidden categories:
This page was last edited on 1 June 2020, at 23:03.
Privacy policy
About IIWiki
Disclaimers