The Astyrian International Football Association (AIFA) is the highest governing body of football within the region of Astyria. It oversees 3 major tournaments and multiple domestic leagues across all continents.

The AIFA was created in 1965 between the associations of Aswick, Aquitayne, Exponential Empire (now the Blackhelm Confederacy), Cadenz, Monsa, Scottopian Isles, Valkea, Valle de San Joaquin & Zitru who wished to forge a sole unified body for to oversee the future direction of the sport within the region. A main goal they aimed to produce was the creation of a tournament between the members of the organization in the following year, dubbed the Astyrian Cup of Nations, in which other nations with progressive domestic leagues were invited to participate with them. The invitees were Bankampar, Costa de Ouro, Equinoxiale, Great Nortend, Ionicus, Morroseta, Nute Apaghapi, Nynorsk Ostlijord, Ord Caprica, Riysa & Romberg.

League of Nations by Year 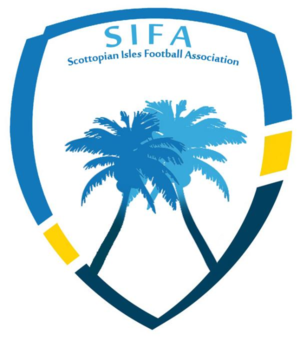 The Scottopian Isles Football Association(SIFA) is the governing body of association football within the Royal Commonwealth which wields ultimate responsibility for the control and development of the sport in the nation. Established in 1923 as the Scottopian Football Organization, its members include all clubs, affiliated partners & programs. The organizations directors report to the Ministry of Athletics. SIFA was a founding member of the Astyrian International Football Association(AIFA) in 1965, where they invited other Astyrian nations to create a sole unified body which is responsible for the laws of the game for the region. To this day they preside as 1 of 9 permanent board members. SIFA's headquarters are within the confines of the national stadium, referred to as ScotStad, in downtown Scottopia City. In addition to the offices & grounds, a top of the class training facility and the organizations heritage museum are also located on the property.

The main responsibilities of SIFA is the operation of the annual league structure, organizing both domestic tournaments known as the Commonwealth Cup & Monarchs Cup, as well as overseeing a national team to represent the country at the international level. Several other duties important to the functioning of the game, such as the Under-21, Under-19 and Under-17 levels & youth programs for both Men & Women are also tasked to SIFA. The association has affiliated itself in sponsoring the Amateur Football Union & the Ministry of Education; Academical Athletic Program.

The professional competition of the nation includes 48 club teams in 3 tiers, known as the Premiership, First Division & Second Division respectfully. All leagues apply to all rules set down by the AIFA, which are played on a point system; 3 Points for a Win, 1 Point for a Draw, 0 Points for a Loss. Placements are decided upon points. If teams are tied on points, they shall go to Goal Difference. If the 2 teams in question happen to have the same Goal Difference, it will be decided upon Goals Scored. In the unlikely event they are still tied, the record between the teams will be the determining factor. All divisions feature 16 teams, who play each other twice, once at home and once away, for a total of 30 games in a season with a total of 90 available points.

The Commonwealth Cup & Monarchs Cup are domestic tournaments taken place during the regular season. The Commonwealth Cup consists of 6 Rounds, takes place from September to January and is open to all SIFA clubs. It begins with teams in the First & Second Divisions, who are randomly drawn to play for 16 positions, in which they will then be drawn along side teams from the Premiership in the 2nd Round of the contest. Games will continue as single game elimination until a winner emerges. The Monarchs Cup however, is only open to the top flight teams in the Premiership, who again play single game elimination until a champion is crowned after 4 Rounds from March to May. All finals take place at the ScotStad.

At the completion of the regular season, the Scottopian Isles Premier League and the First and Second Divisions integrate with a Promotion/Relegation system. The 1st, 2nd & 3rd placed teams of the lower tiered division will be promoted to the higher tiered league where as the 14th, 15th & 16th placed teams will be relegated to the lower tiered league. This function ensures fresh competition for the upcoming season.Title Winners of the Premiership gain seeded entry into the AIFA Champions League while the winner of the Monarchs Cup also gains entry to the Champions League as an unseeded team. Champions of the Commonwealth Cup enters the Champions League qualifiers. Additionally, clubs can receive symbolic trophies: The Golden Boot for most goals scored for, the Golden Glove for permitting the least amount scored against them & the Supporters Shield is awarded to the team with the most wins during the season.

The current champions from the respected leagues & cup competitions for the 2018-2019 season are:

Retrieved from "https://iiwiki.us/mediawiki/index.php?title=Association_football_in_Astyria&oldid=392408"
Categories:
Hidden category:
This page was last edited on 25 August 2021, at 18:14.
Privacy policy
About IIWiki
Disclaimers