The Bank for United Development (Gaullican: Banque pour le développement uni) is a multilateral development bank established by the member-states of the International Forum for Developing States in "TBD", through the Treaty of Javanrud. According to the founding treaty, the responsibility and focus of the bank is to "support public and private projects, through loans, guarantees, equity participation and other financial instruments. With constructive and responsible advisement, promotion and beneficial frameworks."

The bank was founded with the pre-agreed initial authorised capital of €220 billion divided into 20,000 shares worth €1 million each. A further €10 billion was assigned to the bank itself for independent use of the member-states. The initial subscribed capital of the BDU is $80 billion divided into callable shares ($60 billion) and paid-in shares ($20 billion). The charter of the BDU grants each member one-vote and no member possesses a veto. The bank is subject to limited oversight or management by its parent, the IFDS and access to the bank's financial products is not limited to IFDS member-states, though permission for outside access from the member-states is required.

The BDU is widely seen as a rival and competitor to the Global Institute for Fiscal Affairs. It is headquartered in Baiqiao, Xiaodong. 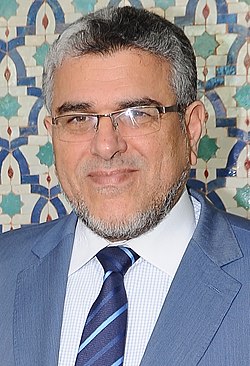 Karim Chabani is the current President of the BDU.

According to the Treaty of Javanrud the three major organs of corporate governance are:

The Board of Governors is comprised of eleven governors and eleven alternate governors, with each member-state appointed two respectively. The Board of Governors also seats one representative from the International Forum of Developing States, who is appointed by the President of the IFDS. Gikonyo Mathenge of The Magadi, was appointed by IFDS President Sabyr Starovek in January 2018 to serve as the organisation's representative.

The President of the BDU is elected on a rotational basis from one of the founding members, and there are ten Vice Presidents from each of the other ten founding members. The BDU President does not face term limits, but comes under review by the Board of Governors every four years, where they are subject to appraisals, if the President is viewed to have performed unsatisfactorily, he or she can be replaced. The IFDS Annual Summit may also vote to remove a sitting bank president if it is raised as an issue for the summit agenda. Wen Kezhi was elected President of the BDU in 2016 whilst the Chief Operating Officer and deputy is Karim Chabani from Sohar.

The Treaty of Javanrud, which founded the BDU, stated that the primary mission statement of the bank is to “provide the appropriate loans, guarantees, equity participation and other financial instruments to member-states and approved third-parties, in support of both public and private projects.” The treaty and the bank’s charter further states that this will be done in a “manner that promotes sustainability, that present meaningful and impactful benefits for member-states and to be done in a manner that also seeks to see social and developmental returns.”

The charter notably includes the following, “the bank will not, either from external or internal pressures, place pre-conditions on transactions or projects that are inherently: 1) political 2) sectarian 3) ideological 4) discriminatory 5) maximalist.”

The charter however states: “the bank is tasked with assisting and supporting public and private projects that are socially, environmentally and economically sustainable.”

The core objective of the bank is to “assist and support projects that have the greatest potential for positive change to local regions, be it socially, environmentally or economically.” As such, the bank’s first initial projects were limited to infrastructure, such as railways, highways, bridges, tunnels, and power-plants.

The BDU operates some strict criteria for infrastructural and industrial based projects, namely, long-term economic sustainability, job creation, job retention and environmental standards (specifically air quality and social considerations). In 2019, the BDU First Vice President, Karim Chabani noted, “with a sufficient pipeline of projects, all certified to provide bankable profitable returns, we can now begin to look at wider scopes, including the provision of financial instruments to projects outside infrastructure.” 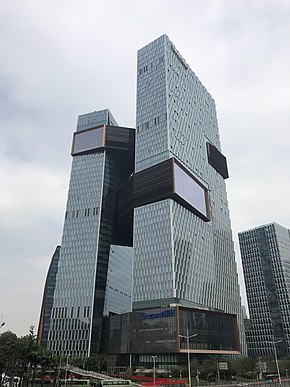 The headquarters of the BDU in Baiqiao, Xiaodong.

By the start of 2020, the BDU had approved over 40 projects in infrastructure development and 18 projects in resource exploitation worth up to a total of €10.4 billion in commitments.

As per the founding charter, the BDU is permitted by the founding members to operate projects without oversight of the member-states' governments. These projects are limited in scope, through the allocation of €5 billion per annum and is subject to annual review by the Board of Governors. These projects can only be operated within the geographical regions of the member-states and must meet certain criteria, specifically on sustainability and financial return.

In XXXX, the BDU launched the "Innovation and Potential Fund", a financial product offering microcredit, low-interest loans and direct-investment into the poorest regions of member-states. The IPF is aimed at "supporting and unleashing the innovative and entrepreneurial potential of member-states citizens, who otherwise would be denied life-changing opportunities to realise their dreams.”

The IPF is specifically tasked with targeting rural and urban poor communities, small-to-medium sized and family businesses. The IPF also provides credit to local businesses who require liquidity to provide key services, such as electricity, gas and running water. One of its earliest iconic projects was the “Village Phone Network” in which the IPF provided microcredit to entrepreneurs to launch businesses providing wireless payphone service in rural areas. Another was the “Community Potential Project” which provides the loan for collective or communal purchases of machinery, be it farming or industrial. The CPP is constructed for the widest group of recipients to loosen the pressure on repayment and exposure for both the customer and the BDU.

The IPF was launched €1.5 billion in capital and is run through a series of localised partnerships with member-state banks and credit providers. In virtually all projects that fall under the IPF, the interest rates are below market rates and have repayment periods running between 10 and 25 years, depending on the size of the loan. The BDU through its member-state partnerships promotes state-underwritten microloans as a “responsible tool for aiding and launching the ideas of the developing world.” Notably, the products offered under the IPF are not financial lump sums, but rather they offer pyhsical assets for purchase with the respective microloan, this according to the BDU, ensures that the customer is purchasing what they request, rather than using the loan to purchase consumer goods for example.

The "Social Responsibility Fund" was established in XXXX following the XXXX IFDS Summit. The SRF is the BDU's financial product aimed at supporting the construction or modernisation of social and public services, such as hospitals, medical clinics, schools and clean water initiatives. The SRF is a specific product offered to member-states governments or sub-divisions. The SRF was expanded in XXXX to include financial support for pre-approved charities and NGOs conducting vaccinations, literacy drives and rural medical check-ups.

In 2019, the SRF was used to purchase over 159,000 textbooks for students in Yemet and the same year, over 11,000 school computers were purchased for teenage students living in Nise. These particular loans are repaid by the central governments over extended periods of time.

The SRF also provides emergency liquidity directly to individual institutions, such as rural schools or hospitals in need of immediate resupply. The SRF operates in partnership with the Peshvar Parastar Foundation and the Peshvar Ali Akbar Foundation, two major Zorasani bonyads that also provide liquidity and capital to social projects. Many of the SRF loans are conducted with these two institutions as the guarantors.

At the XXXX IFDS Summit in Borazjan, the member-states agreed to a framework for the provision of support through liquidity and precautionary instruments in response to actual or potential short-term balance of payments pressures. The objective of this reserve is to provide protection against global liquidity pressures. The CRM is notable for the agreement on maximum access states can request from the Mechanism; member-states can request and access half to twice the amount of capital contributed, depending upon the economic situation of the member-state. The CRM is expected to receive initial capital worth up to €250 billion, with voting rights apportioned to contribution to the reserve pool.

The CRM is seen as further evidence of the BDU being a global competitor to the Global Institute for Fiscal Affairs.