The Brown Sea Community is a regional organisation composed of three states located around the Brown Sea in Southeast Coius. It is an organisation for coordinating and relating the socialist states of the region; all its three member states are also members of the larger Association for International Socialism. Brown Sea Community members work together widely on military, cultural, scientific, diplomatic and economic matters.

The organisation was established in 1975, as the Association of Emerging Socialist Economies had shown itself to be ideologically heterodox and incoherent, and incapable of judicious action. It is closely associated with the AIS, both as a matter of principle, and operating to coordinate its members more tightly at a smaller scale; it has been compared in its functionality to the Euclean Community, the Mutual Assistance Organisation, or the Asteria Inferior Common Market.

Member states share rights and responsibilities, such as economic mutual aid, disaster relief, military defence, the settlement of border disputes between themselves, sharing scientific and diplomatic information, and issuing joint statements. The Brown Sea Community Council is the governing body, with its members being appointed by its member states' legislatures, and the working language is Ziba.

With a land area of nearly 3 million square kilometres and a population of nearly 300 million, the Brown Sea Community has a major presence on the international stage. Its demography and geography are diverse, with ethnic groups such as Dezevauni, Kachai, Pelangi, Kabuese, languages such as Ziba, Lavanan, Kabuese and belief systems such as irreligion, Badi and Solarian Catholicism. Its combined GDP PPP is worth nearly $5 trillion, and nominal near $3 trillion. While its members are part of the Global South, they are broadly wealthier, healthier and stabler than neighbours in Bahia, Southeast Coius or on the Great Steppe, giving the organisation comparative regional influence and autarky. 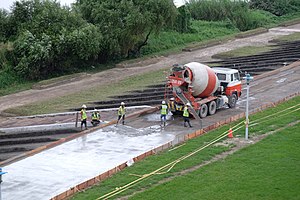 Retrieved from "https://iiwiki.us/mediawiki/index.php?title=Brown_Sea_Community&oldid=384118"
Categories:
Hidden categories:
This page was last edited on 8 August 2021, at 08:14.
Privacy policy
About IIWiki
Disclaimers