Congress of the Commonwealth

The Congress of the Commonwealth (unofficially referred to as the Landsmót, tr. Landsmeet) is is Glanodel's bicameral federal legislature consisting of two chambers: the Council of State (Senatet; upper house) and the National Council (Nationalråd, lower house). The Congress possesses the federal government's legislative power, along with the separate constitutional right of citizen's initiative. For a law to pass, it must be passed by both Houses. Both Houses may come together as a single legislature, referred to as a Joint Session, in certain circumstances such as national emergencies or declarations of war.

The Congress meets in the Mødekamre ("Assembly Chambers") of Herregård in Vænholm. Members of the upper house serve as representatives of canton interests and are elected by the residents of the canton they represent, with each canton receiving three seats. The lower house gives a federal voice to the majority of the population with seats allotted to the major political parties in Glanodel based on party-list proportional representation. Congress has a total of 364 members: 314 Representatives within the Lower House and 50 Ministers within the Upper House.

Members of the Lower House serve two-year terms, while members of the Upper House serve a six-year term with one minister from each canton being up for reelection every two years. Qualifications and requirements for being nominated for a seat within either house are laid out in Article 1 of the federal Constitution.

Congress was established by the federal Constitution of the Commonwealth and its first session was convened in 1900. Although not legally or constitutionally mandated, most members of Congress are affiliated with one of the two major political parties in Glanodel: Liberal People's Party or Conservative Democratic Party.

Though the national legislature of Glanodel was officially established at the beginning of the 20th century, the use of democratic assemblies to deliberate and enact laws can traced back to the first things of the early Dalish peoples. Throughout the Dalish Iron Age (5th-9th century), these groups primarily served as the local council for a single community or a collection of small settlements.

Starting in the 9th century, however, these organizations were expanded upon with the emergence of the concept stjórnkarl, or "common rule". This idea inevitably came to dominate local politics throughout Glanish communities during the Northern Renaissance in the 16th century. This practice essentially developed as a result of increased wealth among common-born merchants and the rise of guild influence.

In March of 1621, a group of the most the nation's wealthiest merchants, led by the merchant Gudhlek Lagerlof, and several representatives of the nation's largest guilds, led by the mason Lukas Ohlson, pressured King Peter II into a meeting. After several days of discussions, the King relented and signed the piece of legislation known as the Grundlov (tr. "Supreme Law"), often referred to as the First Constitution of Glanodel.

This law, composed of two primary sections, accomplished two political ambitions of the emerging, liberal movement. First, the Law of Governance (Regeringsførelseloven) moderately restricted the monarch's autocratic rule over the nation and inspired the concept of "advice and consent" within Glanish politics, which has since become a staple of the nation's political process. Second, the Landsmeet Law (Landsmótloven) established a large privy council composed of two chambers, the Jarlting (nobility) and the Karlting (commoners).

Although this body was dissolved roughly two decades later following the accession of Prince Bendt III to the throne of King in 1645, its influence can still be seen throughout modern Glanish politics, and even serves as the unnofficial name of the nation's current legislative body.

During the 18th century, Governor-Generals who had been appointed to oversee the Kingdom of Glanodel during its vassalage under the United Kingdom of Lhedwin, imposed harsh restrictions on individuals who were qualified to serve in roles of political power. During the 19th century and escalating during the Great War, detainment of Glanish politicians became an increasingly common practice in order to quail rebellion against the United Kingdom. This forced many of the common-born politicians of Glanodel to flee the country for their safety. A large group of these politicians fled to Newrey and during the Great War, established an unofficial government-in-exile to organize civilian support for the military resistance movement, as well as coordinate the movement's funding.

In 1900, following the end of the War and the conclusion of the Graylund Trials, the formerly exiled government formed a provisional government which governed the nation between 1 January and 5 March of 1900. Starting in 5 February 1900, the provisional government assembled to deliberate the formation of a formal, official government. They concluded that a successor to the previous "Supreme Law" was necessary, but with two key exceptions: a majority of the citizenry would be required to make changes to the Constitution, and the powers of the government would be divided among three branches which would all be tasked with keeping the others in-check.

Article I of the Constitution of the Commonwealth of Glanodel officially establishes the Congress of the Commonwealth as the nation's federal legislature. It also divides the Congress into two chambers, the National Council and the Council of States. Both houses are equal partners in the legislative process and the consent of both chambers is required to enact legislation. However, there are unique powers granted to each chamber, such as the approval of high-ranking federal officials by the Council of State and the exclusive right to initiate revenue-raising bills by the National Council.

The term Congress is also used when referencing a specific composition of the legislature's membership. Defined by the two-year terms served by the Representatives within the National Council, each consecutive change, or potential change in the membership of the overall Congress is labelled as a numbered Congress. For instance, the current Congress is referred to as the 58th Congress because it is the 58th group of officials elected to serve within Congress.

The Constitution grants numerous powers to Congress. These include the powers to levy and collect taxes; to coin money and regulate its value; provide for punishment for counterfeiting; establish post offices and roads, issue patents, create federal courts inferior to the Supreme Court, combat piracies and felonies, declare war, raise and support armies, provide and maintain a navy, make rules for the regulation of land and naval forces, provide for, arm and discipline the militia, and to make laws necessary to properly execute powers. Over the century since the Glanish government was reformed, many disputes have arisen over the limits on the powers of the federal government. These disputes have often been the subject of lawsuits that have ultimately been decided by the Supreme Court.

The National Council and Council of States each have particular exclusive powers. For example, the Council of States must approve (give "advice and consent" to) many important Presidential appointments, including cabinet officers, federal judges (including nominees to the Supreme Court), department secretaries (heads of federal executive branch departments), Joint Chiefs of Staff and military branch leadership appointments, and ambassadors to foreign countries.

All legislative bills for raising revenue must originate in the National Council. The approval of both chambers is required to pass any legislation, which then may only become law by being signed by the President (or, if the President vetoes the bill, a Joint Session may be called and with a two-thirds majority, the bill will become a law without the President's signature). The powers of Congress are limited to those enumerated in the Constitution; all other powers are reserved to the states and the people. The Constitution also includes the "Necessary and Proper Clause", which grants Congress the power to "make all laws which shall be necessary and proper for carrying into execution the foregoing powers".

The Congress also has the power to remove the President, federal judges, and other federal officers from office. The National Council and Council of States have separate roles in this process. The National Council must first vote to "impeach" the official. Then, a trial is held in the Council of States to decide whether the official should be removed from office. Thus far, no Glanish president has been impeached and Congress has yet to attempt impeachment.

The Council of States is intended to provide representation for the individual interests of each canton and its ministers are often referred to as "cantonal delegates to the federal government". Each canton receives three seats within the Council of States and each minister serves a 6-year term. Elections for seats within the Council of States are staggered in such a way that one of the three seats is up for reelection every two years. Ministers are elected by the citizens of their canton, whereby a plurality voting system results in the most popular candidate being elected. 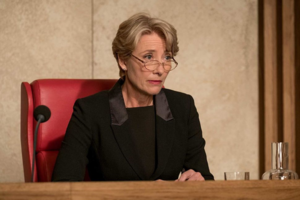 Representative Karla Kruse at her first convening of the National Council after being selected as House Speaker.

At the start of each two-year session the National Council elects a speaker who serves as the majority party, or ruling coalition's leader and sets the house's, and by extension, the national legislative agenda. In addition to their role as the House Speaker, they also serve as the President pro tempore, bearing the honorary title of Vice President. In the Council of States, a chancellor is elected by their peers to serve a similar role. Party or coalition leaders are also appointed within each house of Congress to serve as the primary organizing force for the interests of their constituents. These leaders are most commonly the most senior members of each party.

Congress manages the otherwise onerous task of writing legislation by dividing work among specialized committees. Committee leadership is generally elected by their peers within Congress. Congress also has ancillary organizations which provide it with information. All members of Congress maintain a staff and office which assist them.

The use of specialized committees allow the members of Congress to devote more time for specific areas of national concern. Admission into a committee, by Congressional procedure, is generally required to possess some background in, or qualification regarding, the committee in which they wish to be a member of. For instance, most members of the National Health and Medicine Funds and Distribution Committee have some background in healthcare administration or experience within the healthcare industry. In addition to their preexisting experience in the subject of the committee, members also inevitably gain further experience in this subject, adding to the committee's effectiveness. The Congress as a whole also defers to the expertise of these committees, along with the agencies of other branches of government. Committees generally write legislation regarding their area of expertise. While legislation can be submitted directly from individual members of Congress, bypassing committee input, it is difficult to gain support or momentum without committee support of a bill. Internal administration and legislative tasks are divided among fifty-two committees and subcommittees which collect relevant information regarding their subject, identify areas of concern, compile annual reports, and evaluate possible solutions or alternatives to address these issues. 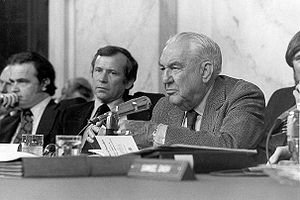 Congressional oversight is oversight by congress over the executive branch, including the numerous federal agencies, and is one of the most important functions of Congress. Congressional oversight includes the review, monitoring, and supervision of federal agencies, programs, activities, and policy implementation. The Congress exercises this power largely through its committee system. Oversight also occurs in a wide variety of lawmaking activities and contexts. These include authorization, appropriations, investigative, and legislative hearings by standing committees; specialized investigations by select committees; and reviews and studies by supporting agencies and staff.

Congressional oversight is intended to prevent waste and fraud, protect civil liberties and individual rights, ensure executive compliance with the law, gather information for making laws and educating the public, and evaluate executive performance. It is an official institution within the Glanish lawmaking process established by Section Six of Article One of the federal Constitution and has been an integral part of the Glanish system of checks and balances.

Retrieved from "https://iiwiki.us/mediawiki/index.php?title=Congress_of_the_Commonwealth&oldid=82765"
Categories:
Hidden category:
This page was last edited on 30 June 2019, at 17:43.
Privacy policy
About IIWiki
Disclaimers