Zoe is the youngest child of businessman and former Consul, Duke Josephus Verrucosus, and Lady Damiane Vitruvia. Zoe was educated at Pescia Academy, in Adrianople. Zoe first rose to prominence in 1992 after the announcement of her engagement to Jason, Prince of Youth – later Jason VI Augustus. Though she became Empress in 1993, upon her husband's elevation to junior emperor, she holds one of the shortest tenures as sole Empress consort, from 1997 until her divorce in 2000. Zoe and Jason had four children over the course of their marriage: LeonaConstantine, who is now Emperor Constantine XX; Michael; and Selene.

Zoe graduated from Galata College, Haenna with a degree in business and economics. She served the Chairwoman for the Board of Directors for Verrucosus Holdings, of which her family owns a controlling ownership interest from 2009 until 2017. She is also president or chair for a number of charities, including a seat on the board of regents of the University of Haenna, and the University of Ascanium. Since 2017, she has undertaken numerous imperial and state duties on her son's behalf, and was granted the honorific of Augusta.

Zoe was born on 11 March 1975 to the Duke Josephus Verrucosus, former Consul of Latium, and his wife Damiane Vitruvia at Villa d'Iulia Concordia, in Utica, Latium. She has three older brothers John and Florentine, and three older sisters Adula, Adriana, and Flora. Zoe was baptized into the Reformed Communion on 2 June 1975 at Sancta Sapientia in Castellum ab Alba. Her god parents were Diana I Augusta (a friend of her mother); John Verrucosus (her elder brother); Constantia of Ravenna (a friend of her mother); and Alexander Vitruvius (her mother's brother).

Zoe's early education was primarily handled by private tutors and lessons from the provost of Empress Alexandra College, Castellum. She was eventually enrolled at Sanctus Gabrielius, a private primary school in Castellum. Zoe began her secondary education at St Gabriel's in Castellum, though attended Pescia Academy boarding school in Adrianople, where she finished her education. Following her graduation, she was admitted to St. Anna's College at the University of Haenna. After her gap year, she began taking entry classes at St. Anna, though dropped her classes one month into the semester before her engagement to then Jason, Prince of Youth. In 2002, Zoe re-enrolled at Galata College, graduating with a degree in business and economics.

Zoe's personal life was relatively quiet before to her engagement to then Jason, Prince of Youth. Before to attending university, Zoe spent two months of her gap year in Lyncanestria and Lihnidos. The remaining time of her gap year, she resided in downtown Castellum at a penthouse owned by her brother John that she shared with four friends, including Brunhilda of Rahdenburg, Anna Julia, and Euphemia Tullia, and occasionally Eirene of Latium. Imperial Office records state that in summer 1992 Zoe first visited the Golden Palace for an imperial mixer prior to the opening ceremony of the year's Ludi Circenses. Records indicate that Zoe received a personal invitation sent by Empress Diana Augusta. This event was the first meeting between Zoe and her future husband, Jason.

At 18 years old, Zoe became engaged to then Jason, Prince of Youth on 7 February 1992, with the official announcement occurring the following day. Prior to their engagement, there was no announcement of their courtship, and Zoe was widely rumored to be one of Jason's mistresses. Zoe dropped out of school only a month into the spring 1993 semester, and moved into Velia House in Castellum as the Prince's official residence. On 30 March 1993, it was revealed that Zoe was expecting the couple's first child. Zoe was 3 months pregnant when she married Jason on 3 April 1993. The ceremony was held at Sancta Sapientia and led by Patriarch of Alba Marcus Nasennius. The wedding and reception was attended by over 200 individuals including monarchs and guests from all throughout the world.

Zoe was official given the rank of "princess" and became Princess of Youth immediately following the wedding after the issuance of letters patent by both Empress Diana Augusta. She became Empress consort on 29 July 1993 following her husband's ascension as junior emperor.

Zoe and Jason officially resided at Velia House from 1993 until his he became sole emperor in 2000; however, the couple primarily resided at Heraion, in Leonopolis, immediately following the honeymoon. Zoe gave birth to her first child, Leona, on 31 October 1993. Their second child, Constantine, was born on 15 March 1994, at Heraion. Zoe would have two more children over the course of her marriage to Jason, Michael and Selene.

Due to the reports of declining health of Leo X Claudius, Zoe and her family would intermittently return to Castellum and Velia House, and at great rates after 1997. Both Zoe and her husband led numerous imperial duties during this time, including representing Latium along with her husband on any foreign visits he would undertake. She was present for the State Opening of the Senate in 1996, which was the first time in recorded history that a reigning monarch did not open the Senate themselves. 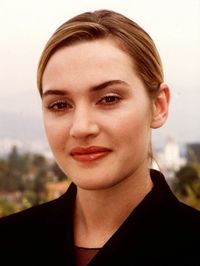 Zoe became the first wife of a junior emperor to be coronated, when she and her husband were coronated on 25 December 1997.

Zoe had mixed popularity as Empress, with many associating her with having a cold demeanor. Courtiers, in Leonopolis, and later Castellum, note that Zoe was overly protective of her children and often tried to keep them isolated from others, and resulted in great conflict within the Imperial family. In June 1998, Empress Diana Augusta made her first public appearance of the year with Jason, Zoe and their children for a visit to the Castellum Zoo. The appearance was soon wrought with controversy as Zoe was photographed preventing her son, Prince Constantine, from taking a photograph with his father and grandmother. Imperial Offices managed to end publication of the story through lex maiestas laws.

Rumors of Jason's infidelity plagued the marriage from the beginning. Though not yet engaged at the time, Jason fathered an illegitimate daughter, with Sibylla of Sydalon, who was born in August 1993. Jason was known to maintain a number of mistresses at his court in Leonopolis, which reportedly Zoe turned a blind eye to until an illegitimate son was reportedly born to Jason in February 1994. Jason did not confirm these rumors until after the marriage. These rumors of Jason's infidelity with not only Valeria, but also other women continued to persist throughout the marriage, eventually culminating in rumors that Ghantish noblewoman, and his sister's lady-in-waiting, Marsella Atmos had become involved in a secret relationship with Emperor Jason by 1999.

Before the divorce was announced, it became known to the public that Zoe had started spending her time at Villa d'Iulia Concordia in Utica, while Emperor Jason had often taken to retreats in either Adrianople or Ravenna. Church and state documents regarding Zoe's divorce have not yet been released, resulting in a great deal of uncertainty as to which individual initiated the divorce. However, it is unlikely that any records pertaining to the divorce will ever be fully disclosed. While Zoe suffered from a lack of popularity as Empress, she saw a sharp increase in support and sympathy once the news was first announced by Imperial Offices. The announcement was made on 2 January 2000, stating the divorce was dealt with in private and was effective immediately. Neither Zoe nor Jason have spoken publicly about the divorce

Zoe holds one of the shortest tenure's as senior Empress consort, at just over two years long. She is also the only Latin consort to have a divorce with the monarch.

Following the divorce, Zoe re-enrolled in university, and began attending classes at St. Anna's College at the University of Haenna. While at St. Anna, Zoe focused her studies on business and entered into the business program during her second year. Zoe was notorious for skipping classes to spend time with her children, which was regularly documented by the press, causing her grades to slip. She avoided falling into academic issues or probation, and eventually graduated in 2003 with honors. Between her first and second years, and again between her second and third years, Zoe became more involved with her family's business, and had secured a position immediately following her graduation from St Anna's.

During her tenure as Empress, Zoe became the chief patron to over a hundred charities, most of which she continued to be a patron of after her divorce. Some of these charities include: Latin Youth Sports Association, Ascanium Youth Symphony, Utica National Opera and Orchestra, National Cancer Association, Imperial Orchestra, Foundation for the Blind, National Society, among others. Zoe also served as the president or honorary chair of a number of non-profits including the Women's Rights Organization, Saint Adeodatus Community, among others.

In 2005, Zoe was transferred ownership of Villa d'Iulia Concordia, the Verrucosus familial estate from her mother. Zoe has resided at the estate since 2005, though owns a number of properties throughout Latium and neighboring countries. In July 2016 purchased a penthouse in the City of Castellum.

Zoe has not been involved in any public relationships following her divorce, instead saying that she "wishe[d] to spend time focusing raising [her] children." Zoe annually hosts the Verrucosus Holdings corporate retreat at her home, Villa d'Iulia Concordia in Utica, where her children are often present.

Retrieved from "https://iiwiki.us/mediawiki/index.php?title=Zoe_Verrucosa&oldid=339205"
Categories:
Hidden categories:
This page was last edited on 22 April 2021, at 23:45.
Privacy policy
About IIWiki
Disclaimers