The Association of Solarian Nations is an international organisation representing countries and regions where Solarian languages are the lingua gallica and the cultures of members is significantly defined by Solarian influences. The ASN is tasked with promoting "cultural, educational and linguistic" ties and equality between Solarian peoples, and to also promote and celebrate the shared Solarian heritage.

Officially representing seven member-states and one observers, the ASN grew from originally promoting linguistic and tourist programmes, to including a vast network of public and private organisations covering education, music, film, theatre, archeology, academia and political ties. Since its founding in 1973, it has become one of the largest sponsors of the arts and culture, while also launching a subsidy program for schools, healthcare and manages the largest grouping of archeologists and musuems in Euclea.

The ASN is primarily comprised of branch departments known as Fraternities, which oversee the implementation of the association's charter missions. The fraternity headquarters are located in Solaria, Etruria, but operate regional offices in all memberstates. The fraternities are headed by a President, who is drawn from one of the members on a rotating basis.

The Fraternity of Solarian Senates is the department dedicated to promoting cooperation, communication and the sharing of expertise between the legislatures of members. The FSS has been known to promote cross-border legislation on matters relating to its charter missions, while also promoting delegations to study the procedures and rules of the member parliaments to "promote democratic standards and procedures."

The Fraternity of Minerva is one of the larger departments of the Association, dedicated to creating and maintaining Student exchange programs. In 1990, the fraternity launched the Minerva Programme, which subsidises university tuition for member nations' students to study Solarian languages, national and Ancient Solarian histories. By 1994, the Minerva Programme includes 59 universities across its six member-states and had registered 80,000 students as participants. By 2018, this had grown to 86 universities and 120,000 students. In 2014, the Minerva Programme established a partnership with the Euclean Community's education commission. The Minvera Programme's scheme for subsidising cross-national study of Ancient Solarian history has been widely acclaimed.

In 2004, the Minerva Programme was followed by Minerva+ which sought to create partnerships and consortiums in the realms research and development, engineering, computing, information technology and mathematics. In 2006, the Aesculapius Programme was established to centralise ASN sponsored medical research schemes. In 2012, the Boreas Programme was estbalished to sponsor research into sustainable development and climatology. In 2011, the fraternity established the Mercury Programme, which subsidises and organises cross member-state field trips to prominent cities, archeological and cultural sites.

The Fraternity of Minerva is headed by President Aurelien Garon of Gaullica.

The Fraternity of Solarian Arts is the department dedicated to promoting cultural exchange, through music, film and theatre festivals. FSA was the first department established in 1974, becoming a prominent patron of musical conservatories, festivals and theatre groups across its member-states. It has since grown to encompass, television, film, digital entertainment and media relationship. 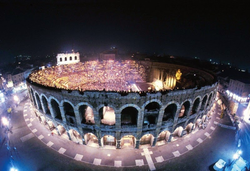 The Solarian Festival of Sound hosted in Auronzo, Etruria in 2010.

In 1980, the Apollo Film Festival was established, which rotates across member-states and shows the latest acclaimed productions from all member-states. The Fortuna Film Festival was established in 2003 and is dedicated to showing independent films. In 2004, the FSA recieved a financial boost from the Etrurian and Gaullican governments to assist its mission in becoming one of the largest non-state sponsors of film making in Euclea.

In 1985, the Solarian Literature Festival was established to celebrate members leading playwrights, poets and authors. The SLF rotates across its members each year. A suplimentary festival is hosted alongside the SLF, to promote emergent writers.

The Solarian Festival of Sound is a prominent programme dedicated to celebrating composers and classical music from its member-states, which rotates annually across the Association. In 2003, the Solarian Festival of Music was established to celebrate modern music genres, with the ASN using a large portion of proceeds to be donated to charitable organisations and NGOs across its member states.

The FSA is headed by the Montecaran Antonio Bragadin. 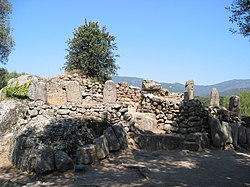 The pre-historic ruins near Caraxiso on San Francesco island in Etruria is owned and protected by the FSH.

The Fraternity of Solarian Heritage is the largest department of the Association, being charged with promoting and celebrating "Solarian cultures and the shared heritage." The fraternity is primarily organised around the sponsporships of musuems, archelogical societies and the study of Ancient Solaria, as well as the pre-classical histories of its member-states. The FSH stands as one of the largest public sponsors in archeology in the world, while it's employment of prominent experts has enabled the body to become the pre-eminent source of expertise. The FSH maintains close ties with member-governments over cultural sites and has established close ties with the EC's Euclean Heritage Association and the CN's World Heritage Register.

The Apolleum in Lyria, the capital of Emessa was discovered in late 2016. The musuem and exhibition was established and funded by the FSH.

In 2009, the FSH announced a new charter in which it's mission would be "to identify ruins, artefacts and sites of importance as Solarian, to then pursue the means to preserve and educate for the good all of member-states." This was followed in 2010, with a promise to assist national and international police forces in halting the illegal trade of artefacts and to protect historical cultural sites.

Between 2014 and 2016, the FSH patronised the largest multi-national exhibition on Renaissance Art, seeing the artwork by prominent artists travel between its member-states. In collaboration with member governments, the entry free was removed entirely.

The FSH operates a partnership with over 300 musuems, galleries and archives dedicated to exhibiting Ancient Solarian discoveries, this has since grown to include discoveries from pre-history, the middle ages to renaissance.

The FSH is headed by President Giovanni Taiapetra from Etruria.

The Fraternity of Solarian Life was created in 2016, to promote the "ordinary and extraordinary of Solarian life of its member peoples." The charter mission of the department is to "share and exchange the uniqueness of member states, through food, local or regional celebrations and fashion." 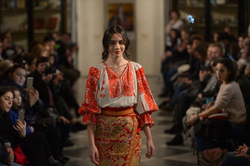 The FSL's "Fashion of Life" week in Vallois in 2019 was dedicated to the fashion of Amathia.

Since its inception, the FSL has established hundreds of parternships and schemes dedicated to cultural exchanges at the personal, local and regional levels. Like other fraternities, the department has created a series of rotating festivals, including the "Fashion of Life Week", which is dedicated to an invidiual member-state during each fashion week. The fashion displayed covers numerous historical periods, and both metropolitan and traditional.

The "Solarian Festival of Food" rotates across each member-state is devised to celebrate the national and regional cuisines of its member-states. The Festival of Food also includes a food competition, which is often lauded for the rivalry between Gaullican, Paretian and Etrurian cooks. In 2019, the FSL formed a major partnership with over 10 cookery schools across it member-states, which is dedicated to promoting student exchange programmes. In January 2020, the FSL established the rotating "Festvial of Ancient Cuisine", dedicated to sharing the dishes of Ancient Solaria, such as garum, posca and moretum with the assistance of historians and the Fraternity of Solarian Heritage.

The purpose of the ASN is determined by its Charter Missions, which consitute guidelines and tasks for its individual departments and the organisation as a whole.

Criticsm of the organisation

Retrieved from "https://iiwiki.us/mediawiki/index.php?title=Association_of_Solarian_Nations&oldid=436375"
Category:
Hidden categories:
This page was last edited on 17 December 2021, at 03:40.
Privacy policy
About IIWiki
Disclaimers