Granzery, officially the Granzerian Kingdom (Granzerian: Grozyar Királyság), is a Constitutional Monarchy located in southern Patyria. It is ruled by the Senate of the Granzerian Kingdom, for which an election is held every 3 years, and the Prime Minister of Granzery, for which elections are held at the same time as the Senate. Granzery is comprised of nine regions, the largest of which Karpatia, is home to the Second largest city in the nation, Csongrád. Győr-Hűségesvár is the smallest by land area but second largest by population, and is home to the capital city of Hűségesvár.

In the early 20th Century Granzery experienced significant financial and political issues, eventually culminating in the 1925 Granzerian Revolution, and the installation of a single-party communist Dictatorship. During the Great War, Granzery was a member of the Coalition, and fought extensively on the Zacotian and Vierz fronts. Following the war Granzery was split between the monarchist North Granzery and democratic South Granzery, for 41 years before the Granzerian Compromise, and re-unification of Granzery.

Granzery is made up primarily of Granzerian people, who constitute 83.1% of the population, the remainder consisting of minority groups, the majority of these being Pererrans and Zastrians. Granzery is a high-income Patyrian country, and ranks TBA on the Human Development Index. Granzery's rich cultural history includes significant contributions to the arts, music, literature, sports, science and technology. It is one of the most popular tourist destinations in Patyria and is home to the largest lake in Central Patyria, and is famed for it's skiing and natural landscapes.

The name Granzery originates from the Vierz word Grenze, which was used by the ethnic Vierz kingdoms inhabiting the Granzerian region prior to the Grozyar migrations of 700AD. It was used to describe Grozyar tribes as "those beyond the borders". The term Grozyarország is used natively, although it is sometimes shortened to Grozyar.

The vast majority of Granzery's citizens live within either the Granzerian Basin regions of Győr-Hűségesvár and Bastarny, or the coastal regions of Vadász Völgy and Mocsárföld, both are temperate in climate with a diverse quantity of natural wildlife including bears, beavers, deer and others. The mountainous regions of Transkarpatia and Nagykert are dominated by the Karpaty Mountains and Zemplén Mountains, the latter of which is home to the highest peak in Granzery, Mount Szabar. Felső-Válicka and Jász-Nagykun are the two westernmost provinces of Granzery, and are some of the poorest regions in Granzery. 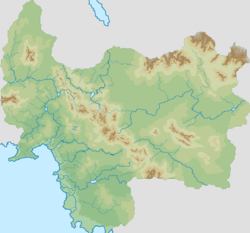 Granzery is a federal parliamentary constitutional monarchy. The Granzerian political system operates under a framework laid out in 1986 following the Granzerian compromise and the unification of Granzery. As a constitutional monarchy, King Karoly III reigns as the King of Granzery, while the elected legislature acts as the government, thus, in practice the King of Granzery has no legal legislative or executive powers. The government is separated into three levels, local, regional and federal government, elections for local and regional governments occur every four years, while elections for the federal government are held every three years in a single-round first-past-the-post election. The Granzerian parliament is bicameral with the upper house (the Senate) and lower house (Federal Assembly).

The federal government is separated into three branches:

The 50 seats of the Senate are elected on a regional level, with 5 Senators elected per region, with the exception of Győr-Hűségesvár, which contributes 10 Senators. The Federal Assembly has 674 members from electoral divisions known as "Választókerekek" (Electoral Seats). Elections for both chambers are normally held every three years simultaneously, during a general election.

Since the unification of Granzery, Granzery has a Multi-party system. The last general election was held on the 31st of October, 2018. The result was a minority government led by the Liberal Democratic Party, with the support of one independent and the Dialogue for Granzery party.

Since the unification of Granzery, it has remained a largely neutral power internationally, but retains a position as an observer state of not!NATO and is a founding member of the Leisau Group. Since unification, relations with Granzery's northern neighbours have been rocky, particularly with Vierzland and Lairea, while relations with Vonzumier and Tierada have slowly deteriorated over time, causing the Granzerian state to align more closely with the Alaavus Summit, and principally the Aitic Federation.

Granzery's armed forces are the Royal Defence Force, which is comprised of the Granzerian Navy, Granzerian Ground Forces and Granzerian Air Force. The King holds the titular role of Commander-in-Chief, and appoints a Chief of the Royal Defence Force from one of the armed services on the advice of the government. Day-to-day force operations are under the command of the Chief, while broader administration and the formulation of defence policy is undertaken by the Minister and Department of Defence. Military service is voluntary, with an annual defence spending in 2018 of 2.6% of GDP, and is the worlds TBA largest defence budget. 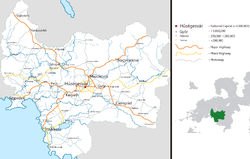 The Granzerian health care system is considered a "mixed" health care system, with a universal health care system largely financed by government health insurance, however despite this, citizens can elect to pay for private health insurance and health care. The State Medical Insurance scheme or ÁEB (Granzerian: "állami egészségügyi biztosítás") is completely free for children, handicapped people and pensioners. The highest cause of death in Granzery is Cardiovascular disease, causing 47.5% of all total deaths annually, the second highest cause of death is cancer with 26.7% of all annual deaths attributed to it. Life Expectancy in Granzery in 2019 was 78.5 years for males and 83.4 years for females. The leading preventable cause of death in Granzery is Cigarette smoking, responsible for 8.1% of total mortality and disease. Ranked second in preventable causes is Hypertension at 7.3%, with Obesity third at 6.1%.

There are huge differences between the western and eastern parts of Granzery, heart disease, hypertension, stroke, and suicide is prevalent in the mostly agricultural and low-income regions of Karpatia, Mocsárföld and Jász-Nagykun, but infrequent in the high-income and middle class characteristic Győr-Hűségesvár and Nagykert. The homicide rate was 1.3 per 100,000 people at the end of 2018.

Primary and Secondary education in Granzery is predominantly public, run by the Education Cabinet (Granzerian: "Oktatási kormány") Primary education usually lasts for eight years, from the ages of 4 to 12, and is exclusively publically funded and run. Secondary education includes three traditional types of schools focused on different academic levels. The "Akadémia" or Academy system lasts between 4 and 6 years, and generally prepares the most gifted students for university education, and is the most common enrolment in Granzery, including approximately 62% of total enrolments. The "Főiskola" or Vocational College System prepares students for tertiary vocational education and lasts for four years. "Iskola szakember" or Specialised School system lasts between 4 and 8 years and educates students in various specialised ways such as sporting, music and drama. The system is partly flexible and bridges exist, graduates from an Academic school can achieve a two years program to have access to vocational higher education for instance. The Trends in International Mathematics and Science Study (TIMSS) rated 13–15-year-old pupils in Granzery among the best in the world for maths and science.

School attendance, or registration for home schooling, is compulsory throughout Granzery. Education is the responsibility of the individual provinces so the rules vary between regions, but nationally children are required to attend school from 4 years old until 16 years old. In Győr-Hűségesvár, children aged 16–17 are required to either attend school or participate in vocational training, such as an apprenticeship. Granzery has an adult literacy rate of approximately 99.7%. However a 2016 report by the National Bureau of Demographics (Granzerian: "Nemzeti demográfiai iroda") indicated that the region of Jász-Nagykun has only an adult literacy and numeracy rate of 68%.

Granzery has 37 government-funded universities and 18 private universities, as well as a number of other specialist institutions that provide approved courses at the higher education level. The TBA places Granzery among the most expensive nations to attend university. There is a state-run system of vocational training, known as MÉT, and many trades conduct apprenticeships for training new tradespeople. About 56% of Granzerians aged from 25 to 64 have vocational or tertiary qualifications, and the tertiary graduation rate nationally is 47%.

Granzery is home to the largest medicinal bath in Patyria (Széchenyi Medicinal Bath), completed in 1913 in Modern Renaissance Style and located in the City park, the biggest building in Granzery with its 268 metres (879 feet) length (the Parliament building), one of the largest basilicas in Patyria (Mezővörös Basilica), notable architectural styles in Granzery include Historicism and Art Nouveau. In contrast to Historicism, Granzerian Art Nouveau is based on the national architectural characteristics. Taking the eastern origins of the Granzerians into account, Ödön Lechner (1845–1914), the most important figure in Granzerian Art Nouveau, was initially inspired by Bhasari and Mahsadari architecture, and later by traditional Granzerian decorative designs. In this way, he created an original synthesis of architectural styles. By applying them to three-dimensional architectural elements, he produced a version of Art Nouveau that was specific to Granzery.

Foreigners have unexpectedly "discovered" that a significantly large portion of the citizens live in old and architecturally valuable buildings. In the Hűségesvár downtown area almost all the buildings are about one hundred years old, with thick walls, high ceilings, and motifs on the front wall.

Granzery has had a notable cinema industry from the beginning of the 20th century, the first Granzerian film was a few minutes, and was an illustration of one of the shows of the Uránia Scientific Theatre. Cinema was extensively used by the Granzerian Communist party, who founded Granzery's renowned "az Emberek Mozi" studio for the production of Communist propaganda.

After the Great War, Granzerian film was widely recognised and exported from both North and South Granzery. Notable Granzerian film directors from this period include István Szabó, Béla Tarr, and Miklós Jancsó; some of these are recognised among the greatest and most influential filmmakers of all time. Movies include world cinema treasures such as Merry-go-round, Mephisto, Werckmeister Harmonies and Kontroll. The mid-1950s to the early 1960s was the heyday of neorealist films in North Granzery, reflecting the poor condition of post-war Granzery.

Granzerian music consists mainly of traditional Granzerian folk music and music by prominent composers such as Liszt and Bartók, considered to be among the greatest Granzerian composers. Other renowned composers are Dohnányi, Franz Schmidt, Zoltán Kodály, Gabriel von Wayditch, Rudolf Wagner-Réserpent society, László Lajtha, Franz Lehár, Imre Kálmán, Sándor Veress and Rózsa. Granzerian traditional music tends to have a strong dactylic rhythm, as the language is invariably stressed on the first syllable of each word.

Granzerian has renowned composers of contemporary classical music, György Ligeti, György Kurtág, Péter Eötvös, Zoltán Kodály and Zoltán Jeney among them. One of the greatest Granzerian composers, Béla Bartók, was also among the most significant musicians of the 20th century. His music was invigorated by the themes, modes, and rhythmic patterns of the Granzerian and neighboring folk music traditions he studied, which he synthesized with influences from his contemporaries into his own distinctive style.

Modern Granzery is one of the leading producers in Patyria of Indie, Hip-hop, Industrial Metal, and Rock music. The most popular Granzerian-language artists such as Sub Bass Monster, Majka, Tormentor, Kispál és a Borz and others being relatively popular throughout Patyria. While certain Vierz-speaking global bands such as Ivan & The Parazol and Platon Karataev have found success across the globe.

Retrieved from "https://iiwiki.us/mediawiki/index.php?title=Granzery&oldid=295932"
Categories:
Hidden categories:
This page was last edited on 6 January 2021, at 06:59.
Privacy policy
About IIWiki
Disclaimers