It is divided into two networks, Gylian Radio and Gylian Television, which operate four national radio stations and five national television channels. It is funded entirely by a license fee and additional government grants. It offers programming in English, French, the Gylic languages, and Gylias' other regionally recognised languages.

The GNBS had a monopoly on federal broadcasting from 1958 to 1991, with private television channels and radio stations being allowed at the regional and local level, organised as Associated Television. After the end of the monopoly, it has retained the highest share of audiences on both television and radio.

The GNBS was established at the end of the Liberation War, through the consolidation of radio and television stations that had come under public ownership in the Free Territories. Its transmissions, initially inconsistent, stabilised and became regular as it built up an inventory of programs to broadcast.

Its monopoly on federal broadcasting was codified through legislation that regulated broadcasting in 1958–1959. The National Broadcasting Office introduced high quotas for domestic content, spurring a great increase in the production of programs. Its schedules increased from an average of 5-7 hours to a full 14-hour schedule, lasting from 08:00 to 22:00.

During its early years, the GNBS developed a distinctive style of broadcasting. The challenges of the National Obligation period created an internal culture that was willing to accept shortcomings. Program preparations were showed openly, visual and audio adjustments were made by technicians live, and technical difficulties, interruptions, and dead air were tolerated. This lent the GNBS' programming an air of "charmingly enthusiastic amateurism". 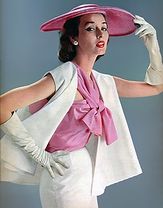 The economic boom of the 1960s and the Golden Revolution produced a great expansion of the GNBS. Eija Nylund, its first Director, was an imposing and trusted administrator whose stated aim was to inform, educate, and entertain its audience.

Her pragmatic openness was matched by the Parker sisters, Estelle and Cecilia, her trusted assistants and the Head of Programming for GTV. Together, their leadership imparted upon the GNBS a freewheeling and experimental atmosphere.

The success of the GNBS brought it a very close relationship with the flourishing pop culture of the Groovy Gylias era. Eclectic programming practices and a system of spin quotas to avoid repetition gave exposure to a variety of new acts, contributing to the Gylian Invasion.

The need to ensure good representation of Gylias' ethnolinguistic diversity fuelled a liberal linguistic policy at the GNBS, and a focus on subtitles as the primary translation method for television.

While Eija maintained the principle of not splitting programming genres across different networks, several new channels were created during the 1960s and 1970s, to provide a level of "internal competition" to maintain quality and "equity" for minorities and regions. These complemented the generalist channels GTV1 and GR1 by focusing on more specialised content.

Throughout its monopoly, its main private competitor was Associated Television, an association of regional and local television stations.

Teletext service began on GTV in 1979. Eija oversaw the expansion of the GNBS' organisation, which by the 1970s included publishing operations associated with its series and media franchises. Satellite television broadcasting began in 1983.

Having remained in the post during the wretched decade to protect its independence, Eija stepped down as Director in 1990. Her successor, Nauşa Felan, undertook a series of reforms to strengthen the governing boards of the GNBS, weakened by Eija's personalised leadership style, and separated the non-broadcasting parts of the organisation, which became independent companies in association with the GNBS.

The GNBS' monopoly on broadcasting at the federal level ended in 1991, one of the last such monopolies to be legally rescinded in Tyran. GTV's main private competitor became the French-language channel 5, distinguished by its polished presentation and 24-hour service. Nauşa introduced a policy of maintaining the GNBS' distinctive identity, preserving its 14-hour schedule and predominantly live rather than automated programming.

Various technological upgrades and innovations were implemented from the 1990s onwards. Satellite broadcasting expanded and digital broadcasting was introduced in 1995, and expanded gradually. Television broadcasts transitioned to a multi-channel system, allowing for better accommodation of multilingual programming. Online services were launched in 1994, with video and radio programs becoming available for streaming and download. Close captioning, sign language, and audio description services expanded to accommodate deaf, hard of hearing, blind, and visually impaired viewers.

High definition television broadcasts began in 2006. Following a three-year process, the digital switchover was completed in 2009. In recent years, the GNBS has expanded its international services, establishing foreign affiliates under the banner "GTVi" (Gylian Television international) under joint ownership agreements with other television networks.

Nauşa retired as Director in 2020.

The GNBS is a public organisation independent of the government. It is organised by workers' self-management, and managed by the Management Board.

The Management Board has 20 members, half of which are elected by workers' assemblies, and the other half are appointed by the President on the advice of Parliament. By law, the parliamentary appointees must be non-political and representative of society. The worker assemblies also elect a 25-member Supervisory Board to oversee the workings of the Management Board.

The Management Board is accountable to the Supervisory Board and to license fee payers, through Parliament. It sets objectives and strategy, assesses the performance of the company, addresses complaints, and appoints the Director and the Chair of the Management Board. The government is allowed to make recommendations for candidates but the final decision belongs to the Management Board.

The GNBS is mainly funded through the license fee, which is mandatory to pay for all owners of television sets, radios, computers, smartphones, and devices with internet access. The fee is Ŧ1.500 per year.

The GNBS has 20 divisions, one for each region. Each division broadcasts programming in the Gylic languages and recognised languages of the respective region, in addition to English and French. Regional divisions can opt out of national news programmes and instead broadcast their own local news programmes.

GR also operates other digital-only stations, each with a specific focus.

Both GTV and GR launched their websites in 1994. Their sites include a comprehensive archive of programmes, live streaming and on-demand video and audio of programmes, and news. Television and radio programmes are available for streaming and download using Proton and NetStream technology.

The GNBS has had a significant impact on the development of Gylian popular culture. Through its federal monopoly, it appealed to both mass and niche audiences, producing acclaimed programmes in a variety of genres, and being a key outlet for the dissemination of popular culture, particularly during the Groovy Gylias and Gylian Invasion era.

Its distinctive "warts and all" broadcasting ethos is fondly remembered by many Gylians, sufficiently important to its identity that it has resisted moves towards more polished production or automated programming, and has been parodied both in Gylias and abroad.

The GNBS was also responsible for significant broadcasting innovations in Gylias. GTV was broadcast in colour from the start, rather than beginning in black-and-white and switching to colour later as other broadcasters did.

Even after the end of its broadcast monopoly and the rise of specialty channels, cable television, and non-broadcast entertainment options, the GNBS retains a special place in popular culture, and GTV and GR retain the highest share of television and radio audiences in Gylias.

Retrieved from "https://iiwiki.us/mediawiki/index.php?title=Gylian_National_Broadcasting_Service&oldid=163918"
Categories:
Hidden category:
This page was last edited on 7 February 2020, at 09:39.
Privacy policy
About IIWiki
Disclaimers