The July 20 attacks (Hesurian: Angriffe des 20. Juli; also referred to as the 1991 Massacre or 20/7 (Massaker von 1991 and Zwanzig-Sieben) were a series of three simultaneous and coordinated terrorist attacks conducted by the far-left militias Revolutionary Garrison and RFF (based in Lyonia) against the Crowned Republic of Mascylla at around 12:00 a.m. on Tuesday, July 20, 1991. The attacks were the most fatal and destructive terrorist attacks in Mascyllary history, with 507 fatalities, over 896 injuries, and at least $9 billion in property and infrastructure damage. In the subsequent months and years following the attacks, additional people have died of related cancers, respiratory diseases, and state members involved in the investigations murdered by the RG.

The attack commenced on three separate targets in Köpenick in Königsreh: the Martinsen Center, a representative office and conference center of the Reichsrat, the EU Steuber Complex, representative office of the Erdaran Union, and the Reichsrat building itself. The Martinsen Center and east tower of the EU Steuber Complex were bombed, leaving it completely destroyed and partially damaged respectively. Debris and the resulting fires damaged ten other surrounding buildings, and the Martinsen Center completely collapsed. A couple of minutes later, RG militias stormed the Reichsrat building, initially trying to take legislature members hostage and demanding political recognition. However, the Mascyllary Army quickly stormed the building, resulting in a battle and leaving half of the 24 hostages and all 3 militias dead. The attacks were the single deadliest terrorist incidents in Mascylla and the deadliest incident for politicians in the history of Mascylla, with 507 and 29 fatalities, respectively.

The Revolutionary Garrison and RFF quickly took responsibility of the attacks. The Mascyllary government initially couldn't engage in investigations as the death of various politicians triggered a constitutional crisis, but soon later responded with nation-wide police raids on suspected participants. The EU member states strengthened their anti-terrorism legislation and expanded the powers of law enforcement and intelligence agencies to prevent terrorism; these powers were revoked in 2003 however. After three years, a RG cell in Pereuth was uncovered, after which the government announced they have found the initial perpetrators. There have also been allegations of involvement by Cuthland-Waldrich or X in the attacks. Numerous investigations, most notably the Report on Foreign Involvement and Support in the July 20 1991 Attacks have revealed information regarding the possible material and financial assistance given to the terrorists and the RG as a whole leading up to the attacks.

The destruction of the Martinsen Center and nearby structures seriously harmed the local economy of Königsreh. The Mascyllary Stock Exchange in Grune Street, only a couple hundreds of metres away from ground zero, was closed for two weeks until August 7, significantly influencing global markets and trade. Cleanup of the Martinsen Center site was commenced and completed by May 1992, and the EU Steuber Complex was fully repaired by December of the same year. In the next two years, the July 20 National Rememberance Memorial & Museum was built on the site of the Martinsen Center attack, and the Reichsrat and EU Steuber Complex east tower received a memorial respectively. On each anniversary, a moment of silence is held nation-wide as part of the non-public holiday Rememberance Day on July 20. 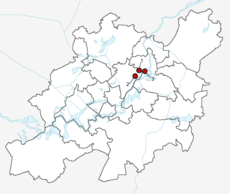 In the early morning of July 20, 1991, the six perpretators positioned their devices and themselves in and at their targets. At 10:41 a.m., two of them arrived at the EU Steuber Complex, having assumed the identities of two members of the cleaning personnel of the building, smuggling in around 290 kilograms of high explosive material hidden in their cleaning tool carts. A week prior, another 180 kilograms of platix explosives had been planted inside a fire extinguisher closet on the 23rd floor. Approximately five minutes later, a single terrorist drove a truck with more than 15 tons of TNT stacked into its cargo bay in the underground parking area below the Martinsen Center, stopping at a central concrete support in the middle of the garage area. Simultaneously, the remaining three perpetrators parked a mail car on a public parking lot of the Königsreh city hall 270 metres away from the Reichsrat visitor entrance. By 11 a.m., the terrorists had assumed their positions and awaited their call for action by the Revolutionary Garrison leadership.

Bombing of the EU Steuber Complex

At 11:59:20 a.m., the two terrorists in the EU Steuber Complex detonated their devices in suicide bombings, reinforced by the additional explosives in the nearby closet, destroying the 23rd, 24th and 25th floor in an instant. Within the next two minutes, fires caused by the explosion erupted and consumed the surrounding floors after it had massively compromised the building's structural stability. Subsequently, the upper half of the building above the explosion area sacked down by two floors due to its heavily damaged concrete supports, but miraceously stayed intact. While the fire destroyed the interior of the building, it was able to evacuate the personnel of the offices and the building kept standing. Debris of the explosion of the east tower (EU-Steuber 2) damaged the eastern and southern facade of the west tower (EU-Steuber 1) and fell onto the junction below the complex, disrupting traffic and hindering emergency services from entering the area.

Bombing of the Martinsen Center

Assault on the Reichsrat

Retrieved from "https://iiwiki.us/mediawiki/index.php?title=July_20_attacks&oldid=268284"
Category:
Hidden category:
This page was last edited on 26 October 2020, at 15:01.
Privacy policy
About IIWiki
Disclaimers