The Great Cardoza War, or more commonly, the Parabocan War as it is known in Zamastan, Rio Palito, West Chanchajilla, East Chanchajilla, Ruskayn, and Quetana, was a military conflict which involved the Empire of Paraboca invading the southern border of Zamastan in 1871 in a continuation of their military conquests. The Empire had previously conquered large swaths of Chanchajilla, Rio Palito, and Quetana. The war was heavily shifted in the favor of the Parabocans until the addition of allies like the remaining armies of Commonwealth of Chanchajilla and Los Isles de Rio Palitos, alongside mercenaries from the islands of Ruskayn, created the conditions possible to drive the Parabocan forces out after four years of near stalemate land-warfare in 1875.

The war tested Zamastan's small army by promoting the first draft of soldiers and the concern of being conquered by a foreign power. Hundreds of thousands of soldiers were killed during the war, and the death toll for civilians in Zamastan and Rio Palito was also staggering, as the Parabocan soldiers were notoriously violent. When the war ended, Paraboca went into political upheaval and turmoil, leading to the collapse of the nation in 1879, three years after the war ended. Paraboca would remain in a state of civil disarray and conflict until 1910, when they federalized their government and reorganized, including establishing diplomatic relations with their neighboring countries.

The victory and territorial expansion following the war President of Zamastan William Castovia envisioned inspired great patriotism in Zamastan, but the war and treaty drew some criticism in Zamastan for their casualties, monetary cost, and heavy-handedness, particularly in the later stages of the war when the Parabocan armies had began their retreat.

Throughout the late 1700's and early 1800's, the military dictatorships of Paraboca thrived to conquer territory to reach their imperial boundaries to the Toyana Ocean and eventually, in a long shot endeavor, the Olympic Ocean. In 1788, they captured Vilanja after a month-long siege, ultimately annexing much of the eastern regions of Chanchajilla into their empire. Thirty years later in 1819 in another bout for resource-fueled expansion, a more aggresive push westward brought the Parabocan armies to Ivora. Throughout the next twenty years, Parabocan armies began to seize area around the Louise Mountains and eventually into indigenous Zamastanian lands in current day Aunistria, Mayotte, and Pahl, where the fledgling tribes were either conquered or retreated north towards the newly established nation of Zamastan. President Tomias Hapson established projects to house and protect fleeing indigenous refugees, one of the first refugee-crisis management projects in history. 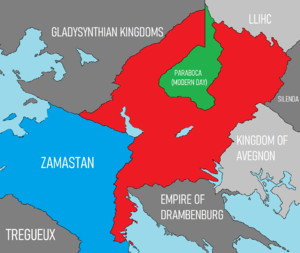 The Parabocan Empire in 1870. The red is their territorial extent, the blue is Zamastan at the time, and the green is Paraboca's modern day borders

In 1832, Paraboca invaded the Kingdom of Mayotte, seizing their southern shoreline and effectively capturing their access to the Toyana Ocean. In 1840, they moved northward and captured territory that bordered Zamastan's newly established frontier. President Hapson met with Parabocan leader Osi Jo Oberk when the latter traveled to Tofino, and aggressively talked him down from any more aggression westward, to which the Parabocans agreed. Instead of expanding southwest, the Parabocans moved directly south, capturing swaths of land up to just shy of the southern border of Avergnon.

As the manifestation of the expanse and settling of the east by Zamastanians continued in the 1850s and 60s, the Empire of Paraboca, which had recently annexed the Kingdom of Mayotte, and settlers came into occassional conflict with one another. President Elliott North in 1861 ordered Zamastanian troops to mass around the as of yet undeclared border on the frontier, which provoked the 1862 Battle of Joanah Ranch where Zamastanian settlers, soldiers, and Parabocan troops exchanged gunfire and dozens were killed. In response, the Empire began massing troops in the Mayotte region, threatening to invade Zamastan if the continued inhabitation of the newly annexed land broke into Parabocan lands. North ceased the military activity in the region, but settlers continued to create their homesteads and grow settlements in the area. Emperor Cardoza III, recognizing that the threat of the Zamastanian military had pulled away, decided that the annoyance of Zamastanian settlers would have to be a regular disturbance that he wouldn't act on for the sake of maintaining a relatively stable empire.

The dynamic greatly shifted in 1867 when President Bryson Woodward further encouraged farming and ranching in the new frontier, with these activities often times crossing into the imperial territory. This further angered the empire, especially Emperor Cardoza IV (III's son who inherited power after his father's assassination in 66'), who began issuing bounties to Parabocan homesteaders who were able to kill Zamastanian army officials and present the heads of their victims to their regional offices. This practice, known as the Cardoza Bounties, resulted in over 200 army commanders and soldiers being killed in ambush style attacks on the frontier, causing newly elected President William Castovia in 1869 to declare Paraboca "the great enemy", and resentment between the two powers continued to grow over the next year as attacks and rhetoric continued. 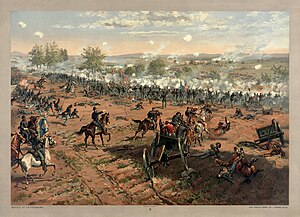 Parabocan forces attack the Zamastanian line at the Battle of Alanis.

On January 5th, 1871, the Empire of Paraboca invaded Zamastan through occupied Chanchajilla and Mayotte in a full-out assault. Zamastan and President Castovia were woefully untested in conventional war and were caught off guard, relying heavily on large-scale attacks and even Ruskaynian mercenaries shipped into the country through Rio Palito to help fend off the invading forces. The Parabocans swept through the frontier, torching towns and massacring settlements as they went. At the Battle of Foreman City (1871), the whole city was seiged and thousands of Zamastanian forces and civilians starved to death. By the end of 1871, the Parabocans had stormed over the Louise Mountains and into the Pahlan Plain, stalling at the beginning of the winter but hunkering down just outside Emerald, Alanis, and Glades. By the spring of 1872, the Zamastanian army was able to win its first major victory at the Battle of Revelstroke when an army led by General Baudouin Charbonneau broke through the Parabocan seige of the valley and sent them into a retreat for the first time since the war began.

The bulk of the continuing years of the war were prolonged battles with both sides trying to push the other back. 1873 and 74 saw massive territorial reclaimation gains by Zamastanian forces, pushing the Parabocans into the Louise Mountains and into the Mayotte and Titanian forested expanses. At the Battle of Torport and the Battle of Baville, General Fabien Laurent led his forces in two consecutive skirmishes that pushed the Parabocan army across the Aviles River and into Mayotte.

By 1875, battles quickly became less concentrated and conventional, where large field brigades turned into isolated and spread out fighters fighting insurgent style, using hit and run tactics to put devestating losses against the retreating Parabocans. At the Battle of Antirault, the Parabocan leadership recognized that the empire would be lost if they continued to fight conventionally, and decided to enact a front-wide tactical retreat and fortify the interior highlands. General Charbonneau was killed during the Battle of Antirault, causing the command of the Zamastanian forces to fall to General Philippe Portier. 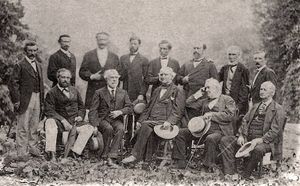 By 1875, the Parabocans had been pushed entirely out of Mayotte, with Zamastan helping install a new government in the former Kingdom that helped develop forces to combat the Parabocans. At this point, President Castovia and the Zamastanian people had been relishing in their decisive victories and the war cabinet overwhelmingly wanted to keep pursuing the Parabocans in their retreat. In the summer of 1875, Zamastanian and Mayottean troops, alongside Ruskayn divisions, swarmed north into Chanchajilla, crushing the Parabocans who did not anticipate the length the Zamastanians were willing to take the fight. On July 9th, 1875, Zamastanian troops seized the city of Vilanja, with the capture of Ivora two days later marking the end of Parabocan occupation of Chanchajilla.

General Portier wanted to continue the war further by pushing into the Parabocan homeland valley and capturing their capital, though President Castovia urged against it. Many generals were convinced by Portier's ambition and remarked that the possibilities for economic, political, and patriotic gains that could be unlocked were worth the additional effort. Castovia eventually agreed, and in the spring of 1876, the coalition forces invaded the Parabocan valley. On May 17th, the capital of Cardoza fell, and Emperor Cardoza IV surrendered his forces for the terms of keeping the throne as a symbolic position only. Zamastanian forces then began a nearly 6-year-long occupation of Paraboca, working to dismantle the imperial structure of the nation. 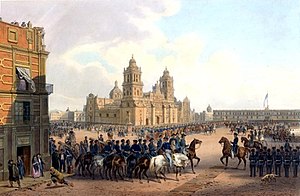 The Parabocan War, also known as the Great Cardoza War was the world's earliest industrial war. Railroads, the telegraph, steamships, and mass-produced weapons were employed extensively. The mobilization of civilian factories, mines, shipyards, banks, transportation and food supplies all foreshadowed the impact of industrialization in the Chanchajillan Civil War. The war tested Zamastan's small army by promoting the first draft of soldiers and the concern of being conquered by a foreign power. Hundreds of thousands of soldiers were killed during the war, and the death toll for civilians in Zamastan was also staggering, as the Parabocan soldiers were notoriously violent. When the war ended, Paraboca went into political upheaval and turmoil, leading to the collapse of the nation in 1879, three years after the war ended. Paraboca would remain in a state of civil disarray and conflict until 1910, when they federalized their government and reorganized, including establishing diplomatic relations with their neighboring countries.

Retrieved from "https://iiwiki.us/mediawiki/index.php?title=Parabocan_War&oldid=323759"
Categories:
This page was last edited on 15 March 2021, at 02:41.
Privacy policy
About IIWiki
Disclaimers