The President of Zamastan is the executive head of state of The Imperial Republic of Zamastan. The President is elected by Zamastanian citizens every election cycle for a two-year term, which they can renew and unlimited number of times if they are elected to that position. The President serves as the head of state, commander of the Zamastanian Armed Forces, and have power to delay bills and to speed their passage into legal legislation, assuming that a bill has passed the Congress Chamber by a 2/3 majority. Another important role of the President is to be Zamastan's chief representative and to decide Zamastan's vote in international groups such as the Coalition of Crown Albatross. The President is able to assume more decision-making power in one of several strictly defined times of emergency.

The 40th and current President is Sabine Armitage, elected during the 2022 Zamastan presidential election. She followed Atticus Moreau, who was elected in 2020. Before Moreau, however, there were three consecutive Presidents who were elected in Special Elections. This occurs when a President is removed from power, either by death, resignation, or votes of no-confidence - all examples of which have occurred in the past 5 years. Foley Sakzi was elected in a Special Election in November 2019 to replace Anya Bishop, who was removed after a Vote of No-Confidence. Bishop was elected in 2019 in an emergency election due to the resignation of Zacharias Castovia. Castovia was also elected in a special election in 2015, following the passing of his father, President Cassious Castovia. He assumed the Presidency on January 1st, 2016.

Following the Zamastan War of Independence, representatives from all the allied rebel factions decided to combine their self-governed groups under one government, to be headed by several elected individuals overseen by a democratically chosen head, desiring to avoid anything that remotely resembled a monarchy. Tomias Hapson, known for his inspiring leadership during the war, was the principle choice. Thus, the framing of the Constitution of Zamastan began to be formed by the congress, and Hapson was chosen as the President of Zamastan.

The Constitution of Zamastan gives the qualifications for holding the presidency. To serve as President, one must:

The modern presidential campaign begins before the primary elections, which the five major political parties use to clear the field of candidates before their national nominating conventions, where the most successful candidate is made the party's nominee for president. Several nominees, however, have chosen to run aside from political parties. This choice generally makes running for office more difficult for getting exposure, as the political parties' prominence allows for wider name-recognition. This is why most independent nominees tend to be celebrities or household names. For example, President Zacharias Castovia chose not to run along party lines, because his name recognition was enough for people to know who they voted for. Similarly, in the 2020 Zamastan presidential election, name recognized candidates like Cain Blackwater and Tauren Delavian also ran. The most common previous profession of Zamastanian presidents is that of a lawyer or businessman.

Nominees participate in nationally televised debates. Nominees campaign across the country to explain their views, convince voters and solicit contributions. Much of the modern electoral process is concerned with winning swing states through frequent visits and mass media advertising drives.

The president is elected indirectly by the voters of each district through popular election on Election Day (September 22nd on every even-ended year). When each of the 359 districts counts the ballots, whichever candidate has the most votes receives that district's vote. The winner of the election is which ever has the majority of the 359. For example, Marvin Gaviria won his third term in 1950 with 348 votes to 11. In the closest ever election in Zamastanian presidential history, Aiden Avery won the 1980 election against Larry Pattis with 179 votes to Pattis' 175. The remaining 5 district votes went 3 to Wren Ebbets and 2 to Karen Gillebrand.

The two-year term of office for the president begins at 11:59 PM on September 22nd, the same day as voting, on even-numbered years. Before executing the powers of the office, a president is required to recite the presidential oath of office. This is the component in the inauguration ceremony mandated by the Constitution:

Presidents have traditionally placed one hand upon a Bible while taking the oath, and have added "So help me God" to the end of the oath. Although the oath may be administered by any person authorized by law to administer oaths, presidents are traditionally sworn in by the newly elected Speaker of Congress.

Any president, as any politician, serves two full years before facing reelection, and are able to be run as many times as desired. The longest serving President was Marvin Gaviria, who served from 1946-1972 for a total of 26 years, 7 days. The shortest term was Damian Lorrie, who proceeded President Castovia and had died only 47 days into his first term. However, the shortest unofficial term was held by Speaker James Ebberson, who was the "acting-President" for 3 days following the assassination of Marvin Gaviria in 1972.

Impeachment and vote of no-confidence

The Constitution allows for the removal of high federal officials, including the president, from office for "treason, bribery, or other high crimes and misdemeanors." It also authorizes the Congressional Hall to serve as a "grand jury" with the power to impeach said officials by a majority vote or a declaration of no-confidence through a vote. It authorizes the Senate to serve as a court with the power to remove impeached officials from office, by a two-thirds vote to convict. Only one President has been impeached through a vote of no-confidence; Anya Bishop was removed from office following a disasterous handling of the "PoverTea" Protests in late 2019. No other President has been threatened with the process of impeachment, though Elene Abotsford was faced with an impeachment draft from high profile conservatives.

Where most nations have a contingency plan in place for installing a specific figure in the wake of the removal or death of the incumbant, Zamastan's process calls for a snap election to be held. The Speaker of the Chamber takes the place of "acting-President" until a snap emergency election can be held. Most emergency elections take a period of two weeks (14 days). Following Cassious Castovia's death, a special election to choose his successor lasted 15 days. Following Anya Bishop's removal from office, the special election resulted in the acting-President, Speaker Foley Sakzi, being elected.

The Zian Presidential Mansion in Tofino serves as the official residence of the president. The site was selected by Tomias Hapson, and the cornerstone was laid in 1815. The building was finished in 1837. Every president since Hapson has lived there. At various times in history, it has been known as the "President's Palace," the "President's House," and the "Executive Mansion." Tyler Kordia officially gave the Zian Presidential Mansion its current name in 1939. Facilities that are available to the president include access to the Mansion's staff, medical care, recreation, housekeeping, and security services. The federal government pays for state dinners and other official functions, but the president pays for personal, family, and guest dry cleaning and food. 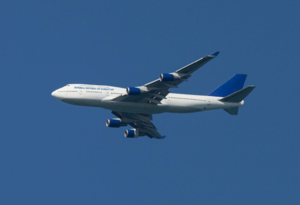 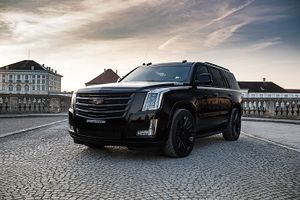 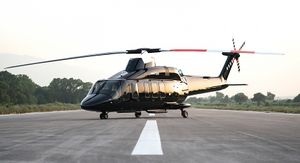 For short distance air travel, the president has access to a fleet of Zamastan Marine Corps Dolphine 0 helicopters of varying models, designated Redeemer One when the president is aboard any particular one in the fleet. Flights are typically handled with as many as five helicopters all flying together and frequently swapping positions as to disguise which helicopter the president is actually aboard to any would-be threats.

For ground travel, the president uses the presidential state car, which is an armored Pegassi SUV designed to look like a normal sedan, but built on a truck chassis. The Zamastan Secret Service operates and maintains the fleet of several of these armored motor-coaches. The President travels in a motorcade of 12 identical motor-coaches, 6 of which serve as security and medical vehicles, with the rest consisting of diplomatic-purpose cars.

Some presidents have had significant careers after leaving office. Prominent examples include Tyler Kordia's work on humanitarian and foreign aid organisation, the Kordia Foundation. Elene Abotsford had an extensive career promoting women's rights and also served in Zacharias Castovia's cabinet as the Secretary of Welfare and Senior Living.

Presidents may use their predecessors as emissaries to deliver private messages to other nations or as official representatives of Zamastan to state funerals and other important foreign events. Tyler Kordia made multiple foreign trips to countries including Vulkaria and Avergnon and was lauded as an elder statesman under Marvin Gaviria's presidency. Quinn Werner has also worked as an informal ambassador, most recently in the negotiations that led to the release of two Zamastanian journalists from Gladysynthia. Werner has also been active politically since his presidential term ended, working with his wife Hera on her 2008 and 2010 presidential bids.

The President serves as the head of state, commander of the Zamastanian Armed Forces, and have power to delay bills and to speed their passage into legal legislation, assuming that a bill has passed the Congress Chamber by a 2/3 majority. Another important role of the President is to be Zamastan's chief representative and to play a deciding role for Zamastan's vote in international groups such as the World Assembly and the Coalition of Crown Albatross. The President is able to assume more decision-making power in one of several strictly defined times of emergency.

As far as we know, and for everything we hold dear, we know that our nation is built on the principle of love and acceptance.

Fight for our freedom as we did long ago, the fight that our forefathers had fought is now inherited to us. Stand for your country, your brother, sister, friend, and the average individual. Against a tyranny and against an evil we cannot well imagine.

We are a fortress for progression and adaptability, not only for ourselves, but for our ideal world."- Elias Blanco, Inaugural Address, 1924

Zamastan is strong. It's foolish to deny. And this serves not as a preconditioned warning or looming forethought, it is a reminder in these dark times that we, as a nation, prevail."

Tyler Kordia, Addressing the start of the First Danaska War, 1945

The past is to be respected and acknowledged, but not to be worshipped. It is our future in which we will find our greatness.

There is no such thing as a model or ideal Zamastanian. What could be more absurd than the concept of an "all Zamastanian" boy or girl? A society which emphasizes uniformity is one which creates intolerance and hate.

We peer so suspiciously at each other that we cannot see that we Zamastanians are standing on the mountaintop of human wealth, freedom and privilege.

Marvin Gaviria, "The Steps" speech, shortly before being assassinated in 1972

Being powerful is like being a lady. If you have to tell people you are, you aren't.

If I can be permitted to turn around a phrase, I would say that I'm kind of sorry I won't have you to kick around any more.

If you set out to be liked, you would be prepared to compromise on anything at any time, and you would achieve nothing.

I am in politics because of the conflict between good and evil, and I believe that in the end good will triumph.

The art of leadership is saying no, not yes. It is very easy to say yes.

The consequence of war isn't solely the death and destruction. It's the breaking of men, the tearing of souls, and the departure of morality.

We can’t help everyone, but everyone can help someone.

The path to righteousness is paved with compassion. To ignore the plea of the hopeless is to pave a path of disregard for humanity.