The Holy Empire of Drambenburg, most commonly known as Drambenburg is a nation located on the continent of Euronia in the Coalition of Crown Albatross. It is bordered to the north by Avergnon, Chaesia, Lutharia, Angouburg, Zamastan, and Trevivona. Drambenburg also holds dependency over the Achtundachtzig Islands in the South Toyana Ocean. Drambenburg is known for its historical significance in the history of Iearth, specifically in the 14th century with the Fifty Years War and in the 20th century with the the World War (1949-54). It was one of the founding members of the C.C.A. in 1975. Today, Drambenburg is a federal parliamentary monarchy led by a Kaiser and a Chancellor.

Drambenburg is a regional power with a strong economy; it has one of the largest investment and industrial economies in the world and is a global leader in several technological sectors. A highly developed country with a very high standard of living, it is known for its long and rich cultural history. With a population of 179 million, it is the sixth-most populous country in the world, and with a GDP around 9.5 trillion, it is the third-largest economy in the world, only after Zamastan and Yuan. Drambenburg is a member of many international organizations, such as the Trans-Toyana Prosper Alliance, the C21, and the Coalition of Crown Albatross

Bradenburg is the smallest state and home to the nation's capitol of Lerbin.

Den Haag is a city and teritorial exclave of Drambenburg.

Drambenburg is a member of the Coalition of Crown Albatross, with it holding routine spots on the Security Council and a very influencial role with Katherine von Wettin serving as the Secretary-General of the C.C.A.. Drambenburg is also a member of the Trans-Toyana Prosper Alliance, giving it significant military and economic ties across Euronia, Ausiana, and Adula, specifically with the nations of Beleroskov, Qolaysia, Zalluabed, Styrae, and Buckingla. 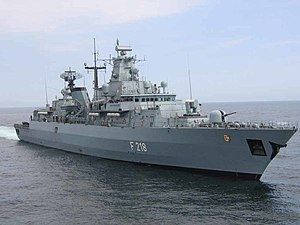 Most of the Army of Drambenburg is involved in non-frontline work, such as the Wehrmacht Corps of Engineers. The arms of standard infantry are the G66k. All units of the Wehrmacht are mechanized infantry, and soldiers are equipped with advanced exoskeletons which allow them to carry more and run farther.

The Kriegsmarine is composed of three fleets; the Drambenburg Carrier Fleet, the Destroyer Fleet, and the Submarine Fleet.

One subset of the Kriegsmarine is the Royal Marines. The Royal Marines focus on warfare on sea, land, and air. The Marines are comprised mostly of special force troops who engage in landing attacks and HALO missions.

Most of the Drambenburgian air force (Luftwaffe) is composed of unmanned fighter jets and ultra-long-range hypersonic bombers.

Retrieved from "https://iiwiki.us/mediawiki/index.php?title=Drambenburg&oldid=368465"
Categories:
Hidden category:
This page was last edited on 6 July 2021, at 02:51.
Privacy policy
About IIWiki
Disclaimers