The Samistopol Cooperation Organisation, often abbreviated to the SCO or Samorspi from its Soravian translation, is a political, economic and military alliance as well as a regional intergovernmental organisation consisting of the six modern states of the Empire of Soravia, as well as the southern Euclean state of Tengaria. Most member states of Samorspi are closely aligned to Soravia either economically, politically or militarily, with the bloc aiming mainly to promote economic and military collaboration and cooperation between its member states. As of 2018, Samorspi has an estimated population of over 165 million and a GDP of over $4 trillion, around 70% of which is made up by Soravia. Samorspi has been described as the main competition to the Euclean Community in Euclea.

Samorspi was established originally in 1983 with the signing of the Treaty of Myensk in Miensk, Bistravia, between delegations from Soravia, Bistravia, Vedmed, West Miersa and the KA to promote cooperation between the five states. With large economic boosts seen in all countries due to intranational investment and economic cooperation, Samorspi was consolidated into an intergovernmental organisation by the Treaty of Samistopol, signed in 1989. Samorspi expanded in 1984 with the accession of Radushia to the organisation. The Tsivebi Military Agreement was signed in 1997 to established a military alliance between Samorspi member states, however members are permitted to opt out of the TMA, which Kantemosha exercised in 1998. Piraea withdrew from the organisation prior to beginning the EC accession process in 2007.

Following the Sostava War, much of the post-Soravia states, as well as Soravia itself, had entered into economic recessions caused almost entirely from the fallout of the war. States such as Lemovicia were gripped by subsequent internal conflict, but many states were left in recessions, with their economic insecurity too great to warrant any significant investment or financial bailout from the Euclean Community in the east. As the Sostava War came to an effective end outside of Zalykia in 1982, talks were made on the subject of re-integration between Soravia's ex-states to encourage free trade and collective economic rebuild. Sava Tokar and his successor Vasil Bodnar were notable supporters for the idea of reintegration following the war, and wished to further ties with the new states.

Talks were held between various leaders and representatives of five states – Soravia, Kantemosha, Vedmed, West Miersa and Bistravia – who unanimously banded together for the de facto creation of Samorspi as an alliance of states outlined in the Treaty of Maljubav on October 20, 1983. Tengaria and Radushia joined the organisation a year later in 1984.

While Maljubav was regarded by many as a preliminary treaty, the post-war economic growth and recovery of Soravia saw calls from its member states for greater economic and political consolidation of the bloc. The Mizparl was created in 1986 but lacked effective rights to legislate over the Samorspi member states. Leaders from the six member states met again in 1987 to discuss an EC-like array of reforms to how Samorspi was run, including the creation of a common market and free movement between its member states. After two years of talks, Samorspi was consolidated into a geopolitical bloc with the establishment of a common market and customs union between its member states with the Treaty of Samistopol in 1989. 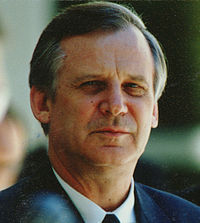 Samorspi oversaw a prosperous turn of the decade as all six of its member states posted positive economic growth numbers. Throughout the signing of both treaties, Visoclesia entertained membership but pulled out of talks in 1988. Through the Mizparl, which by Samorspi convention was always half-comprised of Soravian politicians, the idea of furthered military cooperation began to be proposed as Soravia greatly expanded its military capabilities throughout the 1990s. Under the two terms of inaugural chairperson Leonid Usenko, before the rotating presidency was established in 1996, military cooperation was proposed and Soravia began selling increased amounts of military arms to Samorspi member nations, especially West Miersa, in the early 1990s. Set by the precedent of the Miersan War in the early 1980s, politicians from West Miersa began proposing Soravia play a more direct role in Samorspi's defense with military installations in its member states.

The idea gained notable resistence from Kantemosha, who refused to sign the treaty without any sort of national opt-out clause outlined in the treaty, meaning it could not be passed as a significant Samorspi-wide treaty. However most member states were generally in favour of increased Soravian military presence, especially due to the right-wing Narophilic leadership in most of the countries. In 1997, the Tsivebi Military Agreement, signed and ratified in the Vedmedi capital, was brought into effect, and gave Soravia the right to construct its own military bases in Samorspi member states who were also TMA members. Kantemosha opted out in 1998. Piraea joined in 1998 and subsequently also opted-out, limiting Soravian military presence to the central Euclean heartlands. To this day, the TMA allows Soravia to project heavy influence over Samorspi member states. 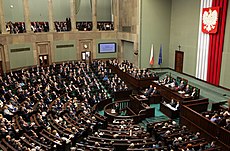 Compared to other supranational blocs, Samorspi is relatively decentralised in its leadership, often promoting national sovereignty but retaining policies of nemo est supra legem for its more integral policies. Each Samorspi member state is represented collectively by the SCO presidium, consisting of the member states' head of states. Samorspi is represented as an organisation by the SCO Executive Chairperson, currently Daria Mileska.

The Mizparl or Mizhparl (abbreviated from Міжурядовий парламентis, Mizhuryadovyy parlament) is Samorspi's collective parliament, and is the main body for the creation, establishment and passing of Samorspi-wide legislation and budgets as well as Samorspi's primary political entity. Established in 1986, the Mizparl serves to represent all of Samorspi's member states, and by law it is split 50/50 between Soravia and the other member states, often resulting in large parliamentary power for Soravia's ruling Patriots' Front and seat redistributions upon new membership. Member states who join before a Mizparl election will not be represented in the Mizparl until subsequent elections. The Mizparl has 450 seats and is located at the Mizparl Building in Velike Vishnavaya.

Piraea joined the organization under Evangelos Polakis. It remained in Samorspi until 2007 when it withdrew from the organisation prior to beginning the EC accession process.