The language has a slavic root and grammar, however, unlike other slavic languages, has 8 grammatical cases (other have 7 or 6). Also, there are about 700 Zhengian words in present day Zhoushi language, they are inflected using Bogmian grammar. Old Zhengian, having been descendant out of Prei-Phnom languages, was slowly assimilated into Slavic grammar, having transformed into Slavic Zhengian. Because of the Zhengian accents profilerating, Zhoushi language has 40 unique phonemes, 2 of which are exclusive to Zhoushi language (those are /r̝̊/ (Voiceless alveolar fricative trill)[3] and /ȴ̩/ (Syllabic voiced alveolo-palatal lateral approximant)).

After the reform of 1912, when Bogmian language officially abandoned Protopolyash script in favor of the new Latin script, hoping to solve the problematic grammar, as multiple phonemes shared one symbol (such as "i" and "j" were both noted as "ⲓ") Three official versions of the new script had been made:

Zhoushi, although not officially using it, sometimes used lenghtened marks for vowels and syllabic consonants. Those symbols were used in some historical transcripts, but were eventually faded in pre-1950's unification proposals and didn't make it into the official grammar of 1984.

Zhoushi language, however, has multiple characters, that symbolize a concept and are regulairly used in a language: 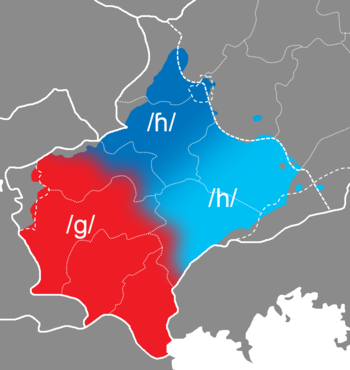 Usage of G/H in Ꚕ 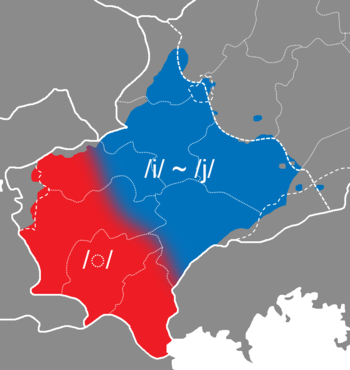 Usage of Î a Ĵ 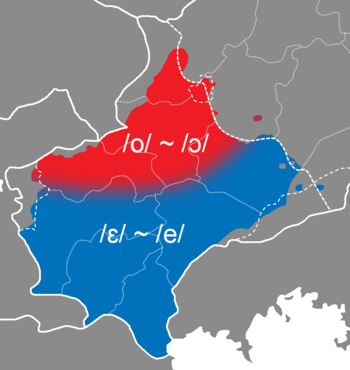 Usage of O/E in Œ 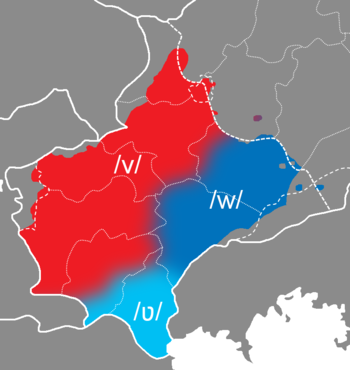 Usage of V/W in Ʋ 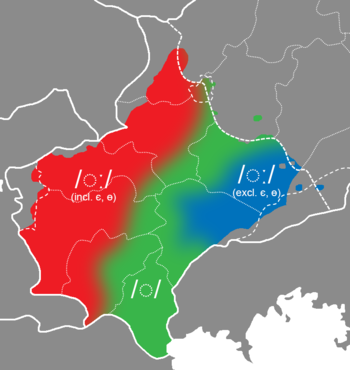 Because of the wideness of the language and a set of different dialects, a special characters have been created for foreign people to learn the Zhoushi language. Those characters will be used in the inflection tables in this article, although in Zhoushi, they are replaced by their respective characters

Bold are the common sounds, while regular sounds may happen in dialects and/or in a world for easier pronunciation

Zhoushi languages distinguishes a total of 3 grammatical genders, one being latter subdivided into animate and inanimate forms[4] and one non-gender labeled as "Indifferent",[5] which has the simplest inflection rules:

Zhoushi adjectives could be divided into four groups:

There are 4 Inflection patterns (One for each group of adjectives)

Zhoushi uses five forms for comparison of the adjective: 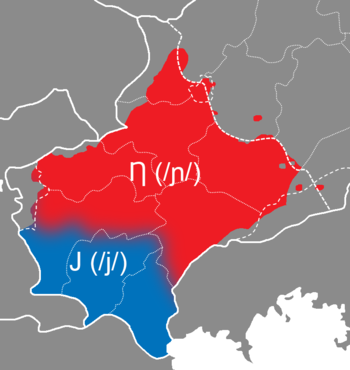 In plural, if the subject of the coversation which is substituted by "they" a mix of multiple genders, there is a hierarchy of genders which are prefered. Here is a list:

If masculine is present, use masculine form. If there is no masculine, but there is a feminine, use feminine form. Use neuter if only indifferent and neuter words are present.

Due to the prominence of hexadactyly between the Zhoushi populace, Zhousheng is one of the few nations, that developed a dozenal system. Zhousheng officially used latinized dozenal system until 1978, when the government officially decided to abandon the system and move towards a decimal system. In school, both systems are told in a paralel to each other, which helps Zhoushi students to better understand numbers and aren't tied to just one graphical representation of the number, supporting abstract thinking. However, this also causes some problems with education, therefore math is being told in kindergarden as well to balance the pressure kids would be subjected during math exams. 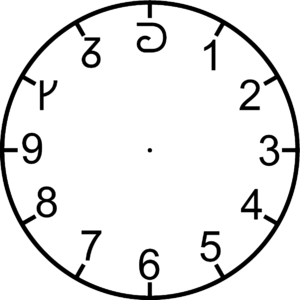 Design of the face of clocks used in Zhousheng 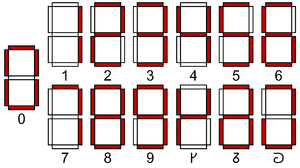 Currently, dozenal system is used only sparsely in common use, but for example clocks still retained their original cyclic description (that is 1-2-3-4-5-6-7-8-9-ᚴ-ⵒ-ᘐ), so called cyclical symbol, noted as "ᘐ" in new Zhoushi numerals refers to a number in a twelve-step cycle. Example could be clock, where numerals 10, 11 and 12 are replaced by ᚴ, ⵒ and ᘐ to this day. Some translations of the Kaȝin Canon still use dozenal naming, especially in the Book of Revelation of John.

Numbers 11-1ⵒ are created by adding suffix "-asꞇ" (Or "-nasꞇ") to the numbers 1-ⵒ. The same system applied to the old decimal numbering, therefore, the next table is listing both decimal and dozenal, keep in mind the values are relative:

Regular numbers between 20 and 100 are made by the combination of the tens and units. The western (Haldenian) dialects, having been influenced by Gadori grammar, sometimes use a version with the conjunction interix "-a-" with a switched order. Here are some examples:

Note: terms "Чoterꞇina" and "Pөloƿina" exist as well and are inflected as by the -(ꞇ)ina inflection Here are following terms for mathematical symbols

Second conjungtion: example verb: "Mȳt" = "To wash", with a secondary example for exceptions "Kupuvat" = "To buy"

Interactive analysis of the prayer

Common:
Our Father in heaven, hallowed be your name. Your kingdom come. Your will be done, on earth as it is in heaven. Give us this day our daily bread. And forgive us our debts, as we also have forgiven our debtors. And do not bring us to the time of trial, but rescue us from the evil one. Amen.

World Peace Manifesto is the founding agreement, that formed the Anterian World Assembly. The document, although being written in Common was originally written by Mustelarian prime minister Jeliþo Pogөf, a native Zhoushi, who later translated this matterial into Zhoushi. Interactive translation includes the first paragraph of the text:

Interactive analysis of the manifesto

Common:
We, the nations of Anteria, hereby stand together, working together, united and willing to cooperate to reach global peace. We have seen enough deaths, enough suffering, enough pain and enough ruined lives. We came together with a hope and a ideal, that there are things that should be done, there are ways better than war, there is a better way to work with the world.

First words from the Moon

First country to land people on the Moon was San Calia, which successfully got a lunar lander with two people in Mare Unitaris on July 20th, 1967. Calonaut David Russel was the first to touch the surface of the Moon, saying the quote seconds after climbing down the ladder. Interactive translation of the quote:

Interactive analysis of the first words

Common:
We come in the name of San Calia, for Anteria, and for all mankind.

Retrieved from "https://iiwiki.us/mediawiki/index.php?title=Zhoushi_language&oldid=335320"
Categories:
Hidden category:
This page was last edited on 12 April 2021, at 08:47.
Privacy policy
About IIWiki
Disclaimers