Some members of the Royal Family have official residences named as the places from which announcements are made in the Court Directorate (Stiúrthóireacht Cúirte) about official engagements they have carried out. The state duties and staff of some members of the Royal Family are funded from a parliamentary annuity, the amount of which is fully refunded by the monarch to the treasury. 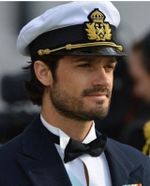 His Majesty the King

HRH the Duchess of Clyte

HIM the Dowager Kaiserin

Retrieved from "https://iiwiki.us/mediawiki/index.php?title=Caldish_Royal_Family&oldid=205929"
Categories:
This page was last edited on 14 May 2020, at 16:00.
Privacy policy
About IIWiki
Disclaimers