The Great Collapse was seen as the main catalyst of the rise of the functionalists in Paretia, as well as other radical new parties like the Paretian Section of the Workers' International. The New Nation of Paretia Party, or the PNNP, was one of many right-wing parties in the country, however it's support started to grow more than the other parties in part due to it's ideology, Novo Nacionalismo, created by it's charismatic chairman, Carlito Palmeira, was a form of functionalism that integrated parts of councilist economic ideology into it's beliefs. Palmeira himself stated he did was not a normal functionalist, especially on economic issues, and Palmeira saw right-wing economic policy as a "facade" that would "eventually lead to the rise of the elite back into the power." He advocated a more syndicalist form of the ideology.

Palmeira's supporters saw him as a populist who wanted to restore economic opportunity to Paretia while also defeating the councilists. Rallies were held all across Paretia in support of Palmeira, however his movement was seen with opposition not just from the left, but also from the growing Democratic Party of Paretia, led by Xulio Sousa. This party garnered large support from moderates on both sides and called itself a big-tent movement against the councilists and functionalists. Palmeira brought in lots of support from the military, and they were able to form right-wing militias aimed at garnering a means of intimidation and force against other political factions. In the general election of 1922 Palmeira and the PNNP won 23% of the total number of votes. The PDP led by Sousa also won 22% of the vote. Sousa would become a member of a coalition government as Minister of State of Paretia. At this time, Queen Roberta II would become infatuated with Functionalist ideology in Gaullica and Amathia. She was very close with the royal family of Gaullica as well, she would be very influenced by them in her decision making. She would become a member of the PNNP in January 1923 and endorsed Palmeira for the next election.

Roberta would name herself as the leader of a women's section of the party. She would become close friends to Palmeira over the following months. The Monarch's support became a large factor in the new stage of the party's growth. The party's members were given a title and became known as Novanistas, from the party's native name Partido da Nova Nação de Paretia. The party became emboldened and their demonstrations grew larger, support from many high ranking generals and members of the royal court also gave them more power. However, the left-wing SPIT began to form counter-protests to fight against the growing right-wing. This would lead to street fighting and violence between the two. The largest fight, which took place in Burgo Coroa in 1924, lead to the deaths of over 130 people. eventually this violence lead to the growing appeal of Democratic Party of Paretia and Xulio Sousa, who began a campaign to become Premier.

Queen Roberta II, was a staunch believer in functionalism and supporter of the PNNP

The Paretian Election of 1925 was one of the most violent and uncivil in the nation's history. This alongside the rising global tension and prodrome of war, then-Premier Duarte Bonifacio would declare a state of emergency and send out the military to stop any violence. Carlito's messaging became more radical over time, and became fully supportive of violence against other factions. Despite the actions taken by Bonifacio, the government did not do much to stop them, as they feared the monarchy and the military, who were now almost fully in support of the PNNP, would stage a coup and overthrow them violently.

The election took place on the 1st of August, 1925 , the three largest parties were the SPIT, PNNP, and the PDP. The SPIT would only get about 10.1% of the vote, others got .8%, meanwhile the election was closely between the other two parties. The PDP would come up top just barely, with just 44.56% of the vote, while the PNNP lost to them with the insanely close 44.54% of the vote, the PDP would be able to claim one seat over the PNNP. Palmeira was astonished and claimed the Premiership and did not concede to Sousa. Roberta II would then refuse to appoint Sousa as Premier, despite a 185-175 vote in the Congresso. The Asslembleia Nacional would then convene to remove the power to deny a Premiership by the monarch in September. This would lead to massive pro-Palmeira protests across Paretia. In late September Roberta II would eventually be forced to appoint Sousa due to the likelihood of the assembly's vote passing.

Xulio Sousa would immediately begin to enact liberal policies and new laws in order to make sure the functionalists don't gain power. Many of these policies including enacting a new lower age to vote, healthcare, anti-discrimination laws, and police funding. However, his time as Premier was short lived. 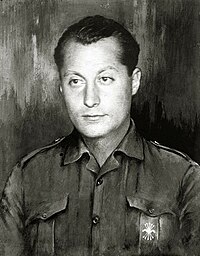 Palmeira as the Premier of Paretia

Only one month after becoming Premier, Sousa's power was in trouble. The protests turned violent in late October, some of the the military started to defect to the protests, and counter-protesters would begin to fight again and violence became deadly. On October 29th, Roberta II would order the military, now mostly loyal to Palmeira, to overthrow the government and violently put down the counter-protesters. By the next morning Sousa and the rest of the PDP were arrested and were, under royal decree, banished to Etruria. Carlito Palmeira would be appointed Premier of Paretia on November 7th, thus beginning the new Functionalist Paretian Era.

The first actions taken by Palmeira was the banning of the Paretian Section of the Workers' International and the beginning of the mass deportation of mostly-Rahelian migrants. The militarization of the country was swift as factories began to churn out massive amounts of weaponry, especially due to the global tensions. He would meet with Functionalist Gaullican Leader Rafael Duclerque in December 1925 and would begin friendly relations with Entente nations. The first signs of resistance began with the paramilitary wing of the Paretian Section of the Workers' International becoming an underground organization attacking PNNP locations, and despite their massive support, some of the military was against Palmeira and were allies of PDP, many would defect into a new organization known as the Democrat Freedom Organization, which was similar to the SPIT and would ally with them in conducting sabotage and resistance against the PNNP. 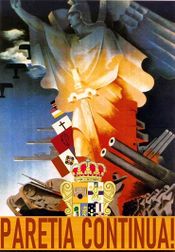