Precea is the capital and largest city of Paretia. It has a population of just over 3.2 million people and growing. It is located just north of the Western Strait of the Aurean Straits and Montecara, on the eastern coast of Luzela, at the far eastern end of the Euclean Continent. It is the nation's cultural, political, and financial center. It has many nicknames that it is referred by in those in and outside of Paretia, such as the "Golden Citadel" (Cidadela Dourada), the "Light of The East" (Luz do Oriente), the "Sunrise City" (Cidade do Nascer do Sol), or the "City of Prayers" (Cidade das Orações).

The Solarian temple ruins in Precea

Little is known about the area before the Solarian Empire, other than Tenic tribes and Piraean colonies inhabiting close by. The foundation of Precea is considered to be around 250 BC, many candidates are attributed to the founding of the city, many of which being Solarian generals. The most likely candidate is Tullus Viridius Paullus, a Solarian general who commanded the Solarian forces in the province of Aureania Inferior, modern day south Luzela, around 256 to 205 BC.

The area around Precea, the mouth of the Velox River, was known as a resting point for Solarian military movements between Euclea and Coius. It is said that Solarian soldiers used the stop as a site for praying, hence the name, which at the time was called Preceus. The city by the beginning of the 1st century was small compared to other cities on the Paretian peninsula such as Mausoleus and Chorto. It became a small trade hub due to it's vicinity to the Aurean Straits.

The city grew in influence during the Verliquoian Empire and eventually became the largest city on the Peninsula by the beginning of the 8th century. It became the capitol of the imperial province of Parietie de l'Est, located in what is modern day Luzela and Visega. The city was considered a central trade hub of the empire, and had amassed a large port, one of the largest in Euclea at the time.

During the Tagamic Invasions the city was the first to fall to the invading armies, it was sacked and much of it destroyed in the war. It would continue to be under occupation and was the center of command for the invading forces until their defeat. The city continued to be a military command post in future wars against the Heavenly Dominions, but Verliquoian influence on the city waned over time. By the late 10th century, various dialects and ethnicities arose across Paretia, including the Luzelese, which originated in central Luzela and became the dominant culture in the city, which eventually became their capitol.

Luzela was founded by nobleman Henrique I in 1021 in Precea, breaking away from the Verliquoian Empire. During his rule he began construction of the Violet Fortress on the Nasca Ridge east of the city. Luzela began to build a large naval armada in the city and quickly rose to become the most powerful nation on the peninsula. Precea became one of the largest cities in Euclea and became a major trade hub. The Luzelese began to use caravels in the cities ports for exploration and long-distance trade, and continued to have a close relationship to sailors, city began to give privileges and protections to sea traders and sailors, making the city a competitive hub for sailors across the world.

During the 13th and 14th Century Crisis, the throne of the House of Bússolo collapsed due to warfare within the house itself, this would lead to a period of upheaval in the city and multiple uprisings by the lower classes against the nobility. By the end of the crisis the House of Azulas would be entrusted to rule the country. During this time the city began to compete with others in trade as Luzela began to compete with the rising Esmeirans for the role of being the central power of the peninsula. The city became the launching point for many explorations eastward, notably in Coius. After the discovery of the Asterias the city became a major port for sending out fleets for colonization of the new world. Competing with Esmeira also in colonization. The city's important in Eastern Euclea lead to the name "Light of The East" (Luz do Oriente) and the "Sunrise City" (Cidade do Nascer do Sol).

During the rule of Queen Marta I she began the construction of the Sunrise Palace, during the Paretian Wars the city saw little fighting but grew immensely as Marta I cemented Luzela's control of the peninsula, the city would then became the capitol of the United Kingdom of Paretia.

The Violet Fortress in the Colinaforta district, built during the early Luzelese kingdom, was the palace of the Luzelese monarchy until the 16th century.

The 1768 Luzela Earthquake destroyed much of Precea, including the Sunrise Palace, home of the monarchy.

The Tram of Precea being used after its completion in 1903 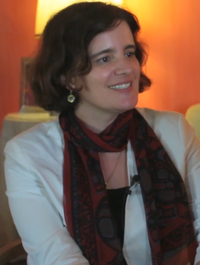 Roxana Alvim has served as Mayoress of Precea since 2018 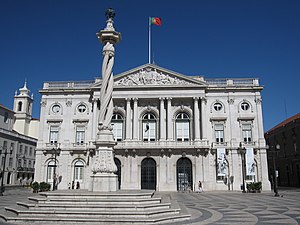 The city has a special status as the capital and largest city of Paretia, but its government functions not much different from other major cities in the united kingdom. Today it serves as both the capitol of Luzela and Paretia, having both the administrations of the Kingdom of Luzela and the United Kingdom in the city.

The city's legislature is the city council, which has 10 members and works alongside the mayor. The city council and office of the mayor are ran at the Precea Administrative Building. Each with a two year term, they vote on laws and bills for the city.

The execvutive is the officer of the mayor, who leads the party with the most seats on the city council. They have a two year term and maintain the government of the city.

The judiciary is the Court of Precea. It deals with criminal and law cases in the city and has a judge that is appointed or voted in. This court runs the city's comarca.